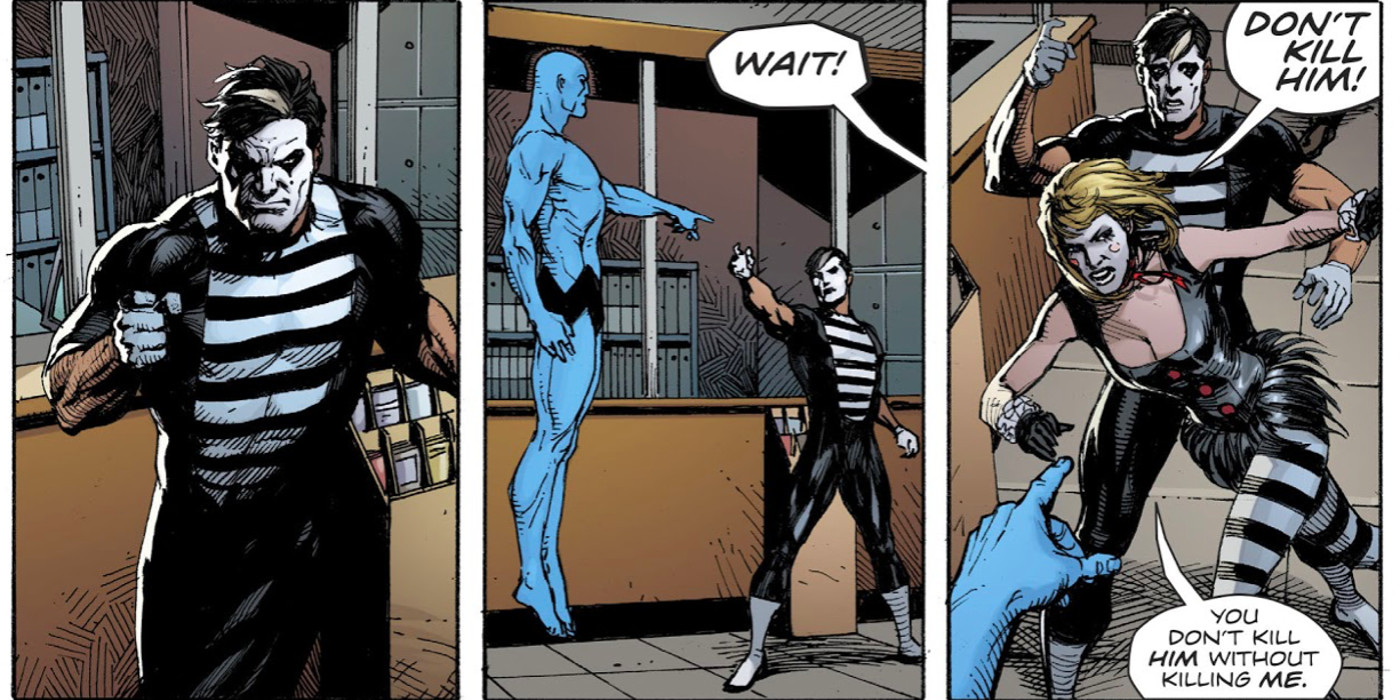 Mime and Marionette seem to have changed a fundamental aspect of the Watchmen universe in Doomsday Clock #3. The two villains were introduced in Doomsday Clock #1 as being part of the same world that is the setting of Watchmen and were recruited by Adrian Veidt (aka the hero Ozymandias) to help him with a plan to save their world from nuclear destruction by locating the missing Dr. Manhattan.

Mime and Marionette were apparently introduced as analogs to the classic Charlton Comics villains Punch and Jewelee. Punch and Jewelee were originally puppeteers on Coney Island, as well as petty thieves, who stumbled across a box full of alien technology they decided to use in their ...

This entry was posted by Screen Rant on January 24, 2018 at 11:33 pm, and is filed under TV News. Follow any responses to this post through RSS 2.0. You can skip to the end and leave a response. Pinging is currently not allowed.