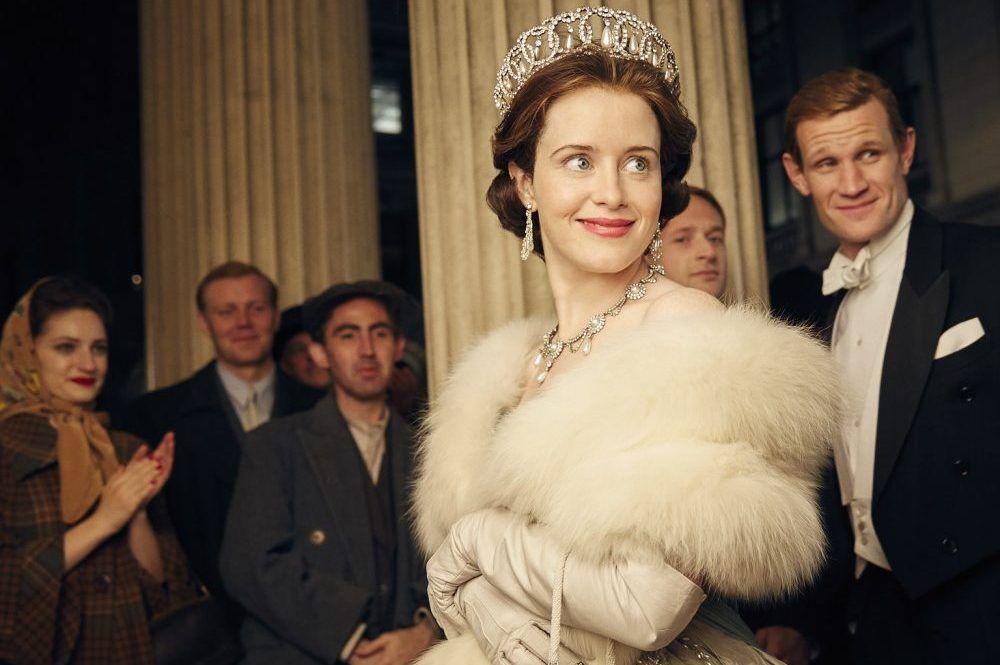 Historical dramas have captured the imaginations of audiences since the invention of theater. The genre has never lost popularity. We love to view our history through a dramatic lens. If you're looking for something based in truth with perhaps a bit of artistic license, Netflix has quite a catalog to offer. The streaming service's 'Historical Drama' category is ripe for the picking. If you're having a hard time narrowing down your choices we've rounded up the 10 best titles available to stream right now. Get your binge on, you might even learn something along the way.

RELATED: 15 Most Historically Inaccurate Movies Ever

The Crown tells the life story of Queen Elizabeth II, the current Queen of England. While it eventually progresses to our own time, the show begins in 1947. The Crown covers many extremely important historical events like the election of Margaret Thatcher. It's an incredibly moving show that chronicle the cultural changes in England under the Queen's rule. The Queen herself has watched the Netflix original. The Queen said she enjoyed the show. She called a few details overly dramatized. It's rare for the subject of a historical drama to be available to view the work based on their lives. Having the Queen watch and enjoy The Crown is truly a unique situation.

North And South follows Margaret Hale as she navigates life in 19th century England. The show highlights the stark difference between the industrialized north of England and the more agrarian south. The show isn't afraid of tough themes like class and sexism. It tries to tell the story of life during the rise of the British empire. Under Queen Victoria's rule, England rapidly transformed becoming nearly unrecognizable. We watch the country and landscape drastically change as we follow the wealthy Margaret from the south to the north. This historical show demonstrates just how quickly a country can revolutionize its culture and economy.

Keira Knightley leads a star-studded cast in this gorgeous period piece. Keira plays the Duchess of Devonshire, Georgianna Cavendish. Other A-listers like Ralph Fiennes and Hayley Atwell round out the cast. Like many period pieces, the show tackles the difficult issues of it's setting. The female lead means that women's issues take center stage. The Duchess is trapped in a loveless marriage. We watch her struggle with the sexual double standards of her time. The 18th century was full of strong women battling to change conditions for all women. This show tells the story of one of them.

7. When Calls The Heart

When The Heart Calls is set in Canada at the beginning of the twentieth century. Erin Krakow takes the lead as Elizabeth Thatcher. Elizabeth leaves high society and leisure to offer hope to a working-class village. Elizabeth works as a teacher in a small coal-mining town. This show highlights the role of education in equalizing society. Social classes often experience gaps in access to education for the poorest areas. The show also takes on the huge differences in labor standards and practices over the last century.

The British royal family has always been an object of fascination. They've been featured in dramatic works since the crown was first worn. The Tudors illustrates the rein of King Henery the VIII. The four-part series examines the life of one of Britain's most polarizing figures. Each season focuses on a different aspect of the ruler's life. His history-making feud with the pope, his marriage to Ann Boleyn, the reformation and the siege of Boulogne are all featured.

Magnificent Century is a breath of fresh air. The series is set in Turkey and follows the reign of Suleiman the Magnificent. He was the emperor of the Ottoman empire in the 16th century. His accomplishments shaped the world but often remain unacknowledged in the modern era. He built an empire larger than Alexander The Great’s. It stretched from what is now know as Vienna to the Sahara Desert.

Victorian England gets its own fabulous historical drama set in 1875. The story revolves around the first department store in Britain and the colorful characters who work and shop there. Based on the novel 'Au Bonheur des Dames' by Emile Zola, it’s a sort of rags to riches story. Denise Lovett is the main character, she’s a Scottish woman who works at the store and immediately impresses her boss John Moray. There’s plenty of drama as Lovett is caught up in the romance and luxury of her time, faces off with co-workers and tries to stave off her boss’s thirsty suitor.

RELATED: Shows To Watch If You Liked The Last Kingdom

Peaky Blinders is a critically acclaimed series. The artful cinematography transports viewers to another time. This gritty show follows the exploits, drama, and tragedy of a notorious street gang in Birmingham. It’s set in the post WWI era. Over the show’s four seasons time progresses to the beginning of WWII. Peaky Blinders touches on the themes of predictability and social class as the family rises to power.

2. To The Ends Of The Earth

To The Ends Of The Earth follows aristocrat Edmond Talbot on an epic journey from England to Australia. Benedict Cumberbatch stars in the main role as Talbot. Benedict has described the story as a rock and roll epic about a young man’s gap year. This show, based on a three-part novel series by the same title, is not for the faint of heart. The subject matter of the show is for a mature audience.

Call Me Francis casts the viewer’s gaze onto the pre-palpal life of Pope Francis. This shockingly honest piece explores the struggles of living in a country under a fascist military dictatorship. The show has met acclaim from both critics and viewers alike with one exception. The series doesn’t cover Cardinal Jorge Bergoglio’s estrangement from his own religious order. The exclusion leaves a treasure trove of dramatic material untouched.