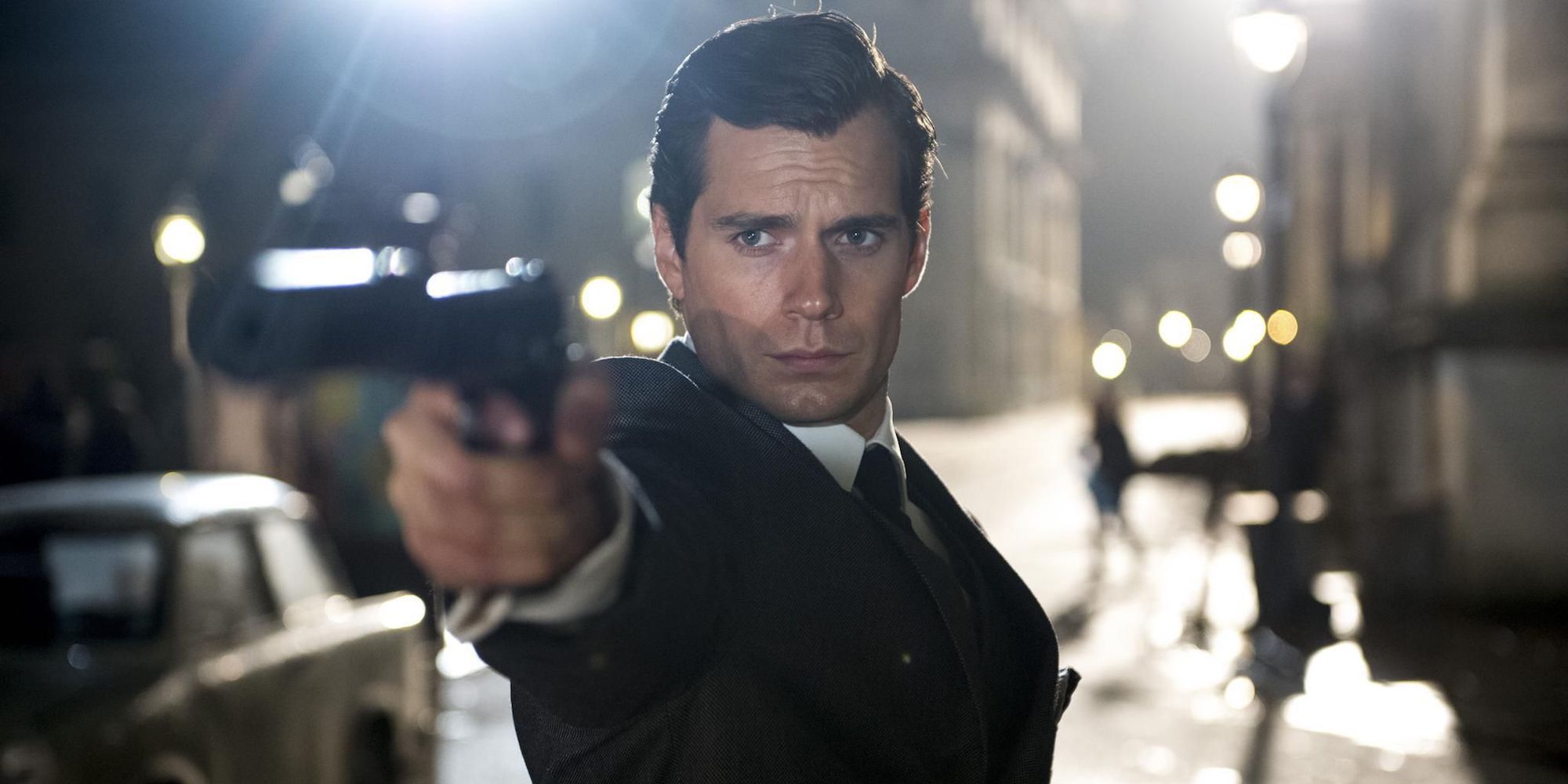 While such reports are increasing fans' excitement, they will have to wait a while to see if their wishes are to be fulfilled due to the film's distant release date. To satisfy your cravings in the meantime, here are some of the best spy films available to stream on Netflix.

For those who enjoy historical thrillers, this is a suspenseful yet moving film about a group of Israeli Mossad (Secret Service) agents who travel to Argentina to track down Adolf Eichmann, the Nazi Lieutenant responsible for The Final Solution, so that he could be could be extracted to Israel to stand trial for his war crimes.

Oscar Isaac stars in this film as Israeli Agent Peter Malkin, while Ben Kingsley portrays Eichmann. This part differs greatly from Kingsley's previous roles, which highlights his acting versatility, while Isaac delivers an emotion-driven performance of a man who is looking for vengeance for the family that he has lost. This is a fast-paced film involving a heart-racing covert mission.

For those looking for a more comedic take on the spy genre, look no further. The second film in the Johnny English franchise provides viewers with hilarious gags, a diverse selection of filming locations and some interesting casting choices including the revered Dominic West.

Unfortunately, Johnny English Strikes Again in not yet available on Netflix, however viewers can still stream its predecessor until such time as the latest installment is made available. This spoof film undoubtedly mocks the James Bond franchise, and will provide those who enjoy a bit of slapstick humor with an entertaining 102 minutes.

This film revolves around Eggsy, a troubled British youth who enlists in an elite training program to become the newest operative in a top-secret British spy organization. As Eggsy is preoccupied with his training, an Internet billionaire plots to cause devastation to the world's population.

This film contains dark humor as well as neat execution, and possesses all the ingredients necessary for a spy thriller. It is also part of a franchise that viewers can really sink their teeth into, which includes a sequel titled The Golden Circle. There are also numerous other films and a TV series in the works.

Yet another comedic film, Spy takes a look at the spy genre from the perspective of a desk-bound analyst who, instead of basking in the spotlight like most protagonists in such movies, is often overlooked and under-appreciated while those agents with a more stereotypical spy demeanor get all the attention.

Played by Melissa McCarthy, Susan Cooper is the CIA Analyst who guides top agent Bradley Fine (Jude Law) through his many daring missions. While typically ill-treated by the organization's elite, Susan gets her chance to shine after one of Bradley's missions goes awry and she is sent undercover to gather information on a nuclear weapon. This film contains hilarious, inappropriate humour along with unexpected stunts and witty dialogue.

Tom Cruise's fourth outing as Ethan Hunt provided daring stunts, high-octane fight scenes and deadly manhunts reminiscent of those in the Bond franchise. That, along with Hunt and his team's extraordinary journeys to exotic locations, is sure to provide Bond fans with all the thrills they have been anticipating since news of Bond 25 first came out.

This film sees Ethan and his newly-formed team framed in a conspiracy concerning the destruction of the Kremlin and Impossible Missions Force, while at the same time, attempting to track down a suspicious person known as Cobalt, who is hell-bent on initiating a nuclear war.

While not geared towards those yearning for fast-paced action sequences and sensationalism, this film is ideal for fans who are looking for a peek into the psychological aspects of espionage. Additionally, this film is packed with subtle hints and plot twists that only those with an eye for detail will pick up on.

Set in the Cold War, British Intelligence Agents find themselves struggling with the high volume of misinformation that the KGB is sending their way. Due to a botched assignment, numerous veteran British agents are forced into retirement. Not long after, one of those agents is rehired and tasked with identifying a Russian mole in the agency. To make things worse, this traitor may be any one of the members of his task force.

Steve Carell plays the role of the talented and detail-oriented Maxwell Smart, an analyst for intelligence agency CONTROL. While his superior previously denied him the opportunity to become a field agent due to wanting to continue making use of his analytical abilities, he eventually caves in to Max's demand and sends him on a mission to Russia with the legendary Agent 99, played by Anne Hathaway.

This film delivers explosive action sequences, sharp and witty humor, natural chemistry between leads Carell and Hathaway, and a stellar cast including Dwayne Johnson, Terence Stamp, and Alan Arkin to top it all off.

For many fans, Jason Bourne is synonymous with the spy genre, and this final installment of the original trilogy proves why. This film follows Jason Bourne after his escape from the authorities in Russia, and his investigation into the events of his past before he joined Operation Treadstone, the program that transformed him into the elite spy that he is today.

Although already preoccupied with a challenging task, Bourne's situation is complicated further when details arise of a new program that has replaced Treadstone. This shocking discovery means that Bourne now has a new lead to go on in order to track down those responsible for his programming so that he can finally find closure on his past.

This is a heart-racing thriller where time is of the essence. When the Shah of Iran takes refuge in America during the Iranian revolution, Iranian revolutionaries take revenge by storming the U.S. embassy in Tehran and taking 52 Americans hostage. Six hostages were fortunate enough, however, to escape and find shelter with a Canadian diplomat.

The duty of safely extracting these six hostages fell squarely on the shoulders of CIA Agent Tony Mendez (played by Ben Affleck), who comes up with the idea of infiltrating Iran by pretending to scout locations for an upcoming Canadian science fiction film. This is certainly of the more unique spy movie plots, and the fact that it is based on true events makes it all the more intriguing.

A revamp of the 1960s television series of the same name, this film prospers due to a talented cast lead by Henry Cavill and Armie Hammer. Based in a classic Cold War setting, American Operative Napoleon Solo is on the hunt for a former Nazi scientist who is believed to be working for a secret organization that is plotting a nuclear attack.

Key to this mission is Gabi Teller, the daughter of a German researcher who is extracted from East Germany by Solo. The pair are found by KGB Agent Illya Kryakin, and while he would typically be a foe to Solo, a truce between Russia and America is entered into soon after they encounter one another, as a means of allowing them to work together to quash an even greater threat. This film is a must watch for those feeling nostalgia for 1960s-style espionage.

NEXT: THE MAN FROM UNCLE SEQUEL IN DEVELOPMENT