« When Will The Next Avengers: Endgame Trailer Release? [UPDATED]
Marvel Adds an Infinity Stone to IRON FIST’s Origin » 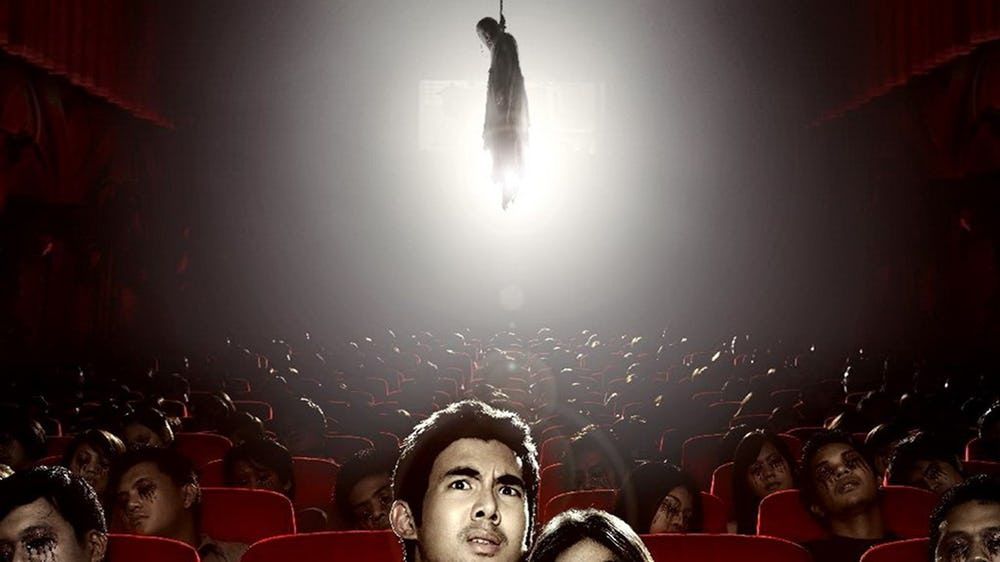 Film buffs can't deny that Asian horror is in a class all on its own, but South Korea isn't the only country responsible for cranking out some seriously high-caliber horror flicks. Although Thai horror has always had a significant cult following, Thai films are now being internationally recognized for their culture-driven, unique take on tales from beyond the grave and we LOVE it. This list is full of superstitious tales of woe, gruesome deaths, and psychological thrillers that make the storylines in American horror films pale in comparison. Here are 10 of the best Thai horror movies out there, so have your safety blanket and adult diapers at the ready.

Shutter is a Thai horror film released back in 2004 that earned enough international recognition to be released as an English-language remake under the same title in 2008. The original was an instant box office success and is regarded as one of the best horror movies to ever come out of Thailand. The premise? Following a hit-and-run, the couple responsible for a woman's death begins to see images of her in their personal photographs. What follows is a series of lies, destruction, and apparitions that will make you understand why this film is considered a horror cult classic. In other words, prepare to wet yourself.

Siam Square is a 2017 Thai horror film that revolves around an urban legend in the so-called “Shibuya” of Thailand, or the center of Bangkok. In the hopes of passing their University entrance exams, students are expected to worship a devil and tie red threads onto a specific chair for good luck. When a group of students puts this theory to the test, their skepticism backfires and they find themselves being haunted by the evil spirit of a young girl and getting picked off one by one. A group of high school students getting senselessly murdered is the universal language of horror!

RELATED: 10 Horror Movies That Are Based On True Stories

Alone is a Thai horror film released back in 2007 that stars Thai-German pop singer Marsha Vadhanapanich in her first film role in 15 years. The film is about Pim, a young girl who recently moved to Korea to escape the guilt of being the only survivor following a separation surgery with her conjoined twin sister. When she returns to Thailand to visit her dying mother, the angry spirit of her dead sister comes back to haunt her. Seems pretty straightforward, right? Not exactly. Trust me, Alone is packed full of surprises and twist endings that even M. Night Shyamalan would NEVER see coming.

4bia, also known as Phobia, is a four-part Thai horror anthology series that was released in 2008. The first segment, titled "Happiness," is about a lonely girl's correspondence with an unusual stranger. The second segment, "Tit For Tat," is about black magic and vengeance for a bullied school kid.  The third segment, "In The Middle," follows a group of friends after a freak kayaking accident. The final segment "Last Fright," is a psychological thriller involving an air stewardess flying solo in a cabin with a dead body. Yes, this movie truly has something for everyone.

Long Weekend is a horror film about a boy named Thongsook, an outcast at school with only one friend, Nam, whom he follows around incessantly. The twist? Unbeknownst to Nam's other friends, Thongsook is a spirit medium who takes it personally when Nam's friends plan a vacation getaway without him. Following a mindless prank, the evil spirits and ghosts are released on the second night of the "long weekend," which also happens to be Friday the 13th. The results are both horrifying and unexpected, but is Thongsook really to blame? Watch and find out.

The Promise is a 2017 Thai horror film that made quite the splash after its release, becoming the fourth-grossing local film of the year and winning the 27th Suphannahong National Film Award for Best Visual Effects. The film follows two teenagers who decide to commit suicide together after both of their families face financial ruin in the wake of the 1997 Asian financial crisis. In the end, only one girl follows through with the suicide pact and the survivor's past actions return to haunt her twenty years later.

RELATED: 10 Best Foreign Films On Netflix You Need To See

Directed by the writer behind Shutter and Alone, Coming Soon is a Thai horror film about a bootlegged movie that's haunted by a vengeful spirit. Unsuspecting viewers find themselves haunted, abducted and eventually blinded after watching the film, but can the potential victims figure out what's happening in time to save their own lives? The premise is eerily similar to The Ring, which also involves a vengeful spirit that surfaces only after you've watched a movie. Given that the Japanese version of The Ring (Ringu) was released ten years before Coming Soon, it's not hard to figure out where their inspiration came from.

The Eyes Diary,  originally based on a comic book, is a tragic love story about a young man, Nott, who loses his girlfriend in a gruesome motorcycle accident, but that's not where it ends. The film follows Nott as he volunteers to retrieve corpses from wrecks and keeps the souvenirs of the bodies he finds in the hopes that he will be able to converse with the dead and see his girlfriend once more. Communicating with the dead isn't all it's cracked up to be, however, and the scares and the hauntings eventually rack up to create a terrifying thriller.

RELATED: 10 Compelling Foreign Films Not Enough Of You Have Seen

The Ghost of Mae Nak is a 2005 Thai film that revolves around an ancient Thai legend that has been retold countless times in books, TV shows, and films. According to Thai folklore, a beautiful pregnant woman named Nak died in childbirth while waiting for her husband, Mak, to come home from war. Upon his return, Mak finds his wife and child waiting for him, but every neighbor who tries to warn him that he's living with a ghost is killed. Eventually, Mak realizes his wife is a ghost and attempts to flee. Unlike in other retellings, Ghost of Mae Nak has a refreshingly modern twist, but certain elements of the well-known tale remain the same.

Unlike some of the other films on this list, Ladda Land was the number one film in the country on its opening week and had its international premiere at the 17th Busan International Film Festival. This award-winning horror film follows an affluent family as they move to Ladda Land, an upscale housing development in the suburbs of Bangkok. Unfortunately for the new residents, Ladda Land is nothing but a gated community of dark energy and terrifying, paranormal events that drive its residents to the brink of insanity.