10 Facts You Need To Know About House Targaryen 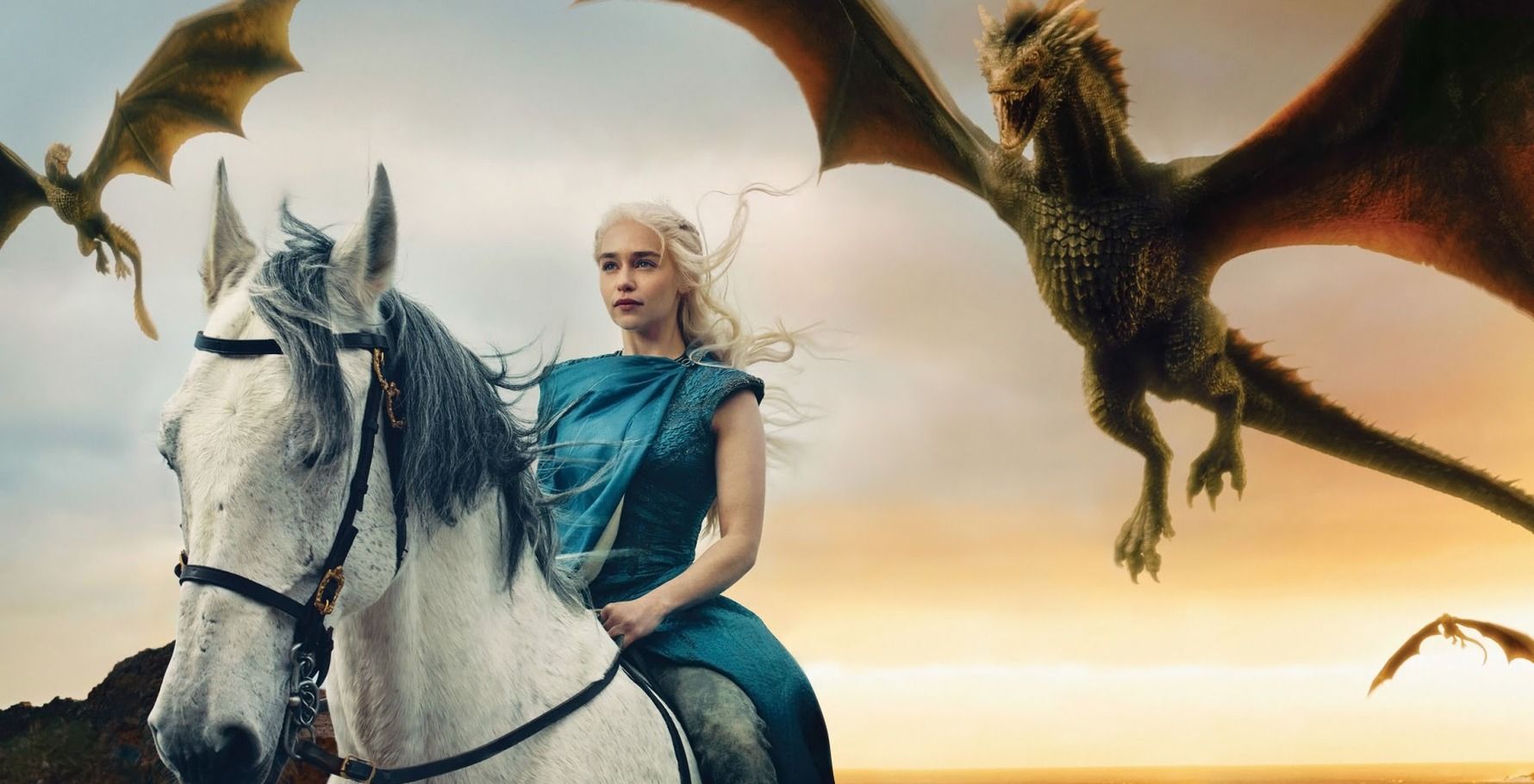 House Targaryen could be considered the main house in Game Of Thrones. They’re the one who ruled Westeros for centuries before the series started, and a lot of the story follows Daenerys, the daughter of the previous king who was usurped. They’re certainly surrounded in the most myth and fantasy, with dragons being associated with them and the most unusual appearances possible—but how much do you actually know about this great house and their history?

They’re one of my favorite houses because sure, the Starks are super cool and all, but can you really beat a house associated with dragons?

Although it may initially seem as if their motto is “fire and blood” because those are simply destructive, intimidating words, there’s definitely a deeper meaning here.

The word ‘fire’ definitely comes from their association with dragons. Their sigil is a dragon and they have, of course, owned many dragons throughout their time. The ‘blood’ isn’t random either—the Targaryens are very particular about their bloodline and keeping it in the family, but er… more on that later.

All in all, the words do sound intimidating despite there being a deeper meaning than just that, so it’s a perfect catchphrase for rulers.

9. They Ruled Westeros For Around 300 Years

Aegon the Conquerer took over Westeros around three hundred years ago and created the Iron Throne, and that was the start of the Targaryen dynasty ruling over Westeros from the Crownlands. Until Aerys II, there was no faltering in this - the Targaryens were simply accepted as the rulers of the land.

And why would you not accept them? These people had dragons up until very recently, and they were on the throne for so long that they were easily accepted as the ruling family. No one would dare try and usurp the people who could burn you alive with their pets if they chose to—at least, no one sane.

It’s a long time to rule but it did, of course, come to an end.

8. And Produced Some Terrible People

Although they were accepted as the rulers, it doesn’t mean that every king or queen the Targaryens produced was a benevolent ruler. Some of the people to sit on the Iron Throne were horrendous. Further back, there were kings like Maegor The Cruel, who truly earned his moniker. Most recently there was Aerys, father of Rhaegar, Viserys, and Daenerys; a man who burned people alive with wildfire, abused his wife and family, and would have killed half a million people had he not been stopped by Jaime Lannister.

It’s easy to look at Daenerys and think she must have come from a good family, but she most certainly did not.

7. They Are Either Mad Or Great

The saying goes that the gods flip a coin when a Targaryen is born and it lands on one side - mad or great. From the current Targaryens we’ve witnessed, this seems like it could be true. Aerys, of course, was mad. Rhaegar was said to be great, although he did run off with a teenage Stark girl so… maybe he got a little of both. Viserys was nothing short of mad. Dany seems great, although there have been moments where this has been called into question.

And, of course, there’s Jon—or, as his real name is, Aegon. Who also seems great.

Although this is just a story based on the Targaryens, maybe the gods do actually flip a coin. Seems legit.

6. They Have Very Questionable Bloodlines

The Targaryens sometimes turn out to be mad because of their blood. For years now, the Targaryens have married sibling to sibling, seeing it as a normal practice. Although this is definitely taboo in wider Westeros society, it was accepted among the Targaryens because of their differing religious practices and the fact that keeping it in the family wasn’t exactly outlawed by their religion. Aerys and Rhaella were brother and sister, meaning that even Dany is a product of this questionable practice.

Their reasoning is that they wanted to keep the ability to tame dragons in the family. Which I get, but this measure seems extreme...

5. They Are The Only Dragon-Tamers...

Speaking of the dragons! Yes, they are the only known people who can tame them.

Others have tried, and perhaps succeeded a little, but the Targaryens are the only one who can do it effortlessly and without great risk. Aegon conquered the Seven Kingdoms with three dragons, and Daenerys also had three dragons, each of whom took to her instantly. It seems that dragons forge an instant bond with Targaryens, seeming to love and protect them without requiring any training whatsoever.

The history of why this is is never quite explained. Could it be that the Targaryens are actually part-dragon themselves?

4. ...And Seem To Possess Some Dragon Traits

The reason that it seems plausible the Targaryens might share some blood with the dragons is that they actually seem to share some qualities with them. In both the books and the show, Daenerys can walk through fire untouched and heat doesn’t seem to affect the Targaryens the way it does normal people.

In addition to this, Jaime recalls that Aerys believed if he burned down the city with wildfire, he would rise against from the ashes, unaffected. Aerys was mad, but Jaime believed this may have been a possibility and after seeing Daenerys walk away from normal fire unscathed, perhaps it would have been.

3. In The Books, They Have A Much More Ethereal Appearance

Even in the show, the Targaryens have a pretty striking appearance with their extremely pale skin and silver hair. Daenerys is beautiful, and even Viserys, awful as he is, appears to be very handsome. Cersei also recalls that Rhaegar was the only man she thought to be more beautiful than Jaime.

But in the books, it’s even more ethereal. Not only do they have silver hair and the matching skin, but they actually have violet eyes. This, of course, takes their appearance well outwith the realm of what we would associate with natural colors and makes them stand out as the most fantasy family - aside from, you know, the dragons.

But even though most Targaryens take on these traits, not all do.

Which is how Jon Snow managed to fly under the radar for so many years.

The child of Rhaegar Targaryen and Lyanna Stark is completely Stark in appearance—which must have been a relief for Lyanna and Ned, because how would they hide him otherwise? Aegon Targaryen, renamed Jon Snow, managed to completely blend in as Ned’s son and no one ever saw a hint of Targaryen in him. So apparently the violet eyes and silver hair aren’t necessarily dominant genes; they just popped up so much because the Targaryens kept their bloodline pretty contained.

1. They Are, Arguably, The Ones Who Belong On The Iron Throne

People have strong opinions about who belongs on the Iron Throne. It’s the most widely contested topic when it comes to Game of Thrones, and fans can argue about it for hours.

I honestly believe it’s the Targaryens, as much as I don’t necessarily trust them with it.

Robert Baratheon did usurp the Iron Throne, but his bloodline was a mess, and it quickly got into the hands of those who weren’t in line. And before that, the Targaryens ruled for three hundred years.  Also, Robert’s Rebellion was founded on a false cause. He claimed Rhaegar had kidnapped Lyanna, which simply wasn’t true. Not that I agree with what Aerys was doing, but Daenerys belongs on that throne way more than Cersei.

NEXT: Ranked, Game Of Thrones Characters Most Likely To Win The Iron Throne