« 20 Things Everyone Gets Wrong About Friends
Oscar Voting Explained: How The Academy Picks Best Picture » 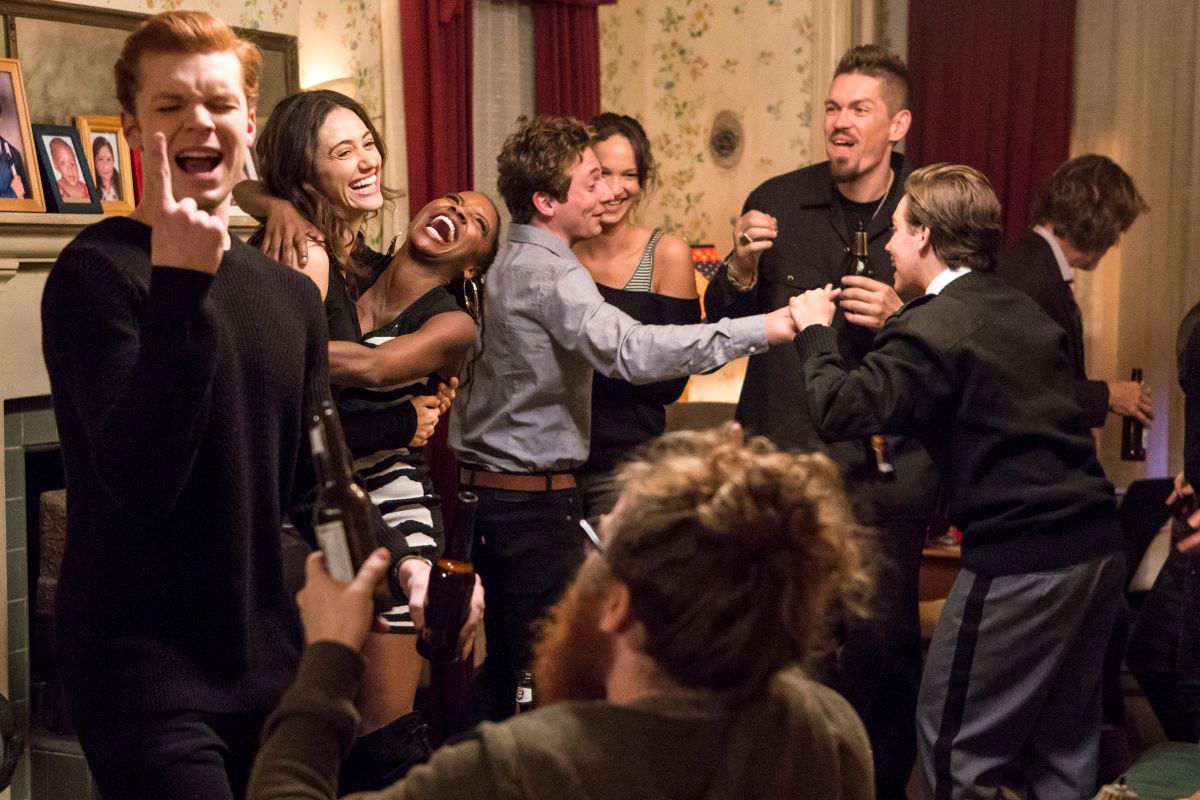 With the upcoming second half of Shameless Season Nine about to air, now seems like the ideal time to delve into the psychology of the characters from the show. There's no better way of doing so than the Myers-Briggs® Personality Test. After all, it's one of the most popular ways of attempting to understand the ins-and-outs of some of our favorite movie and television personalities. Thanks to this awesome test, we not only learn about them but also ourselves. Because let's face it, we can all relate to some aspect of the Gallagher clan.

This list includes some of the most prominent characters to have appeared throughout the nine seasons of this touching, hilarious, and edgy television drama. So, without further ado, here are the Myers-Briggs® categories for 10 of the most popular Shameless characters.

Fiona didn't really have a choice to be an ISTJ. She simply had to step up and take care of her younger siblings when her parents decided to run off. This is why she's so dependable and systematic. Her siblings were literally depending on that. However, this trait made it hard for her to say "no" to them.

Of course, during her good times, we see this personality trait play out in other ways. She was really sensible, consistent, and practical when it came to her many businesses. However, like most ISTJs, Fiona could completely abandon her own rules and regulations. We saw her do this whenever she spiraled downward. She would find herself deviating from the courses that she set out for herself and ultimately becoming a bit of a mess.

Someone who struggles from the issues that Ian struggled with on Shameless is often hard to put into a box like  Myers-Briggs® naturally does. However, Ian Gallagher would probably be classified as an ESTP. This would explain how enthusiastic he is. After all, to build an entire following around him, he would have needed to be pretty outgoing. ESTPs also immerse themselves in true love, as Ian did with Mickey regardless of the fact that Mickey took so long to get there himself.

Ian's category would also explain the fact that he took on multiple professional pursuits. Seriously, he immersed himself in so many different roles throughout the series. This is pretty typical for ESTPs.

We can't help but love Kev! No matter what sort of shenanigans he gets himself involved in, we still end up rooting for him. But given his personality type, it makes sense. ESFPs tend to be absolutely fun-loving, vivacious, totally optimistic, and pretty resourceful. Pretty well every single scenario that Kevin has been involved in has been made lighter by his presence and general attitude.

ESFPs tend to gravitate toward jobs that are with the public, such as running a bar. This is because they are generally quite good with people. They exude a love for life. However, ESFPs do tend to overindulge, which we can see with Kev's love for his time with V as well as working out.

Remember Mandy? She was Lip's second major love-interest on the show and ended up staying around for a long time. She would be classified as an ENTJ. This is because she was someone who took charge and provided structure to Lip's life. Given her upbringing, this seems pretty odd. But she was the one who tried to organize Lip's life for him; something that Lip didn't like too much thanks to his own personality type.

However, like other ENTJs, Mandy could give into loneliness very easily. Under stressful situations, she could be very pushy, emotional, utterly domineering, and having a lack of control over herself. Perhaps these are the traits that helped influence her to run Karen over with her car?

One could spend hours trying to dissect Frank Gallagher. After all, he's one of the most interesting characters around. He would be an ENFP because he can be very warm, enthusiastic, and quite bright. If he was a total jerk, it would have been hard for him to survive as long as he has with the type of lifestyle that he leads. ENFPs, like Frank, may also appear to have no drive. But someone like Frank always has a plan up their sleeve, it just may not be very conventional. And, let's face it, nothing Frank has done on the show is very conventional.

When ENFPs are stressed, they will withdraw themselves or give into highlighted emotions. Frank is the perfect example of this. Not only does he lose his temper, but he also goes on benders where his family members don't see him for days at a time.

ESFJs like Debbie tend to take their responsibilities very seriously. If you look at Debbie's work ethic, she proves that she's dependable time and time again. That's why she's been able to do an assortment of jobs while taking care of her baby. But on her bad days, Debbie gives in to her self-doubt and desire for acceptance, approval, and love from others; which was one of her biggest driving forces throughout the first few seasons of Shameless.

Debbie has adored keeping others happy. It's what makes her happy due to her own insecurities. Much of what Debbie stands for as a person is defined externally. She doesn't really form opinions from within. Although she is very consistent with her moral guidelines, it's not usually her own.

Although it may not seem like it, Carl is similar to his brother, Ian. Both are ESTPs. However, they've arrived at this place in different fashions. Carl started off as a very troubled young man who was hard to pin down as he was all over the place. But as he aged, he showed many of the ESTP tendencies.

One such trait is Carl's ability to take action and remain focused on his goal. Whether he was selling on the streets, chasing a love-interest, or getting into the right military school, Carl has been relentless in the pursuit of his goals. Additionally, it's no coincidence that ESTPs tend to gravitate toward military jobs as both he and Ian have.

The now-passed matriarch of the Gallagher clan would definitely be classified as an ISFP. And she'd probably be seen as a pretty unhealthy one at that. She gives in to her depressive state and noticeable mood swings quite easily. Then again, she does have a chemical imbalance that causes her to act this way.

But on Monica's best days, she should the more positive personality traits that ISFPs have. These traits include being really tolerant and gentle. Unlike Frank, Monica was able to show deep affection for others and appear quite reserved. Even when she was being flighty, she would show love for her children. Frank seemed to notice this trait in her and so did we.

Jimmy (AKA Steve) is another character that's kind of hard to nail down. In some moments he seems like an INFJ, but in others, he's a clear ISTP. So, let's just settle on ISTP. This is because Jimmy could appear overly critical when put under stress, and yet he is incredibly tolerant of particular behaviors. This is probably how he was able to find himself working in the criminal underworld alongside some pretty bad individuals. It's also how he was able to remain so supportive and tolerant of the odd behaviors of the Gallagher family.

ISTPs tend to be very adaptable as well as adventurous. These traits made it easier for Jimmy to fake his identity and become who needed to be at any given moment.

One of the reasons why Lip seems to struggle with boring and mundane task-work, and therefore gravitate toward ways of escaping, is because he is an ENTP. This personality type tends to want to be independent, outspoken, and assert themselves in ways that make them happy. Grunt work is dull to someone like Lip and it can really put them in a bad space. But recently we've seen him conform more to it, showing that he's growing in order to do what's necessary.

ENTPs tend to be drawn to romantic partners who can confront or even battle them. In short, they like the challenge. And when you look at Lip's laundry list of romantic partners, it's easy to say that they've all been challenging individuals.

NEXT: 10 Storylines That Hurt Shameless (10 That Saved It)