10 Reasons Mysterio Could Be The Best Cinematic Spider-Man Villain 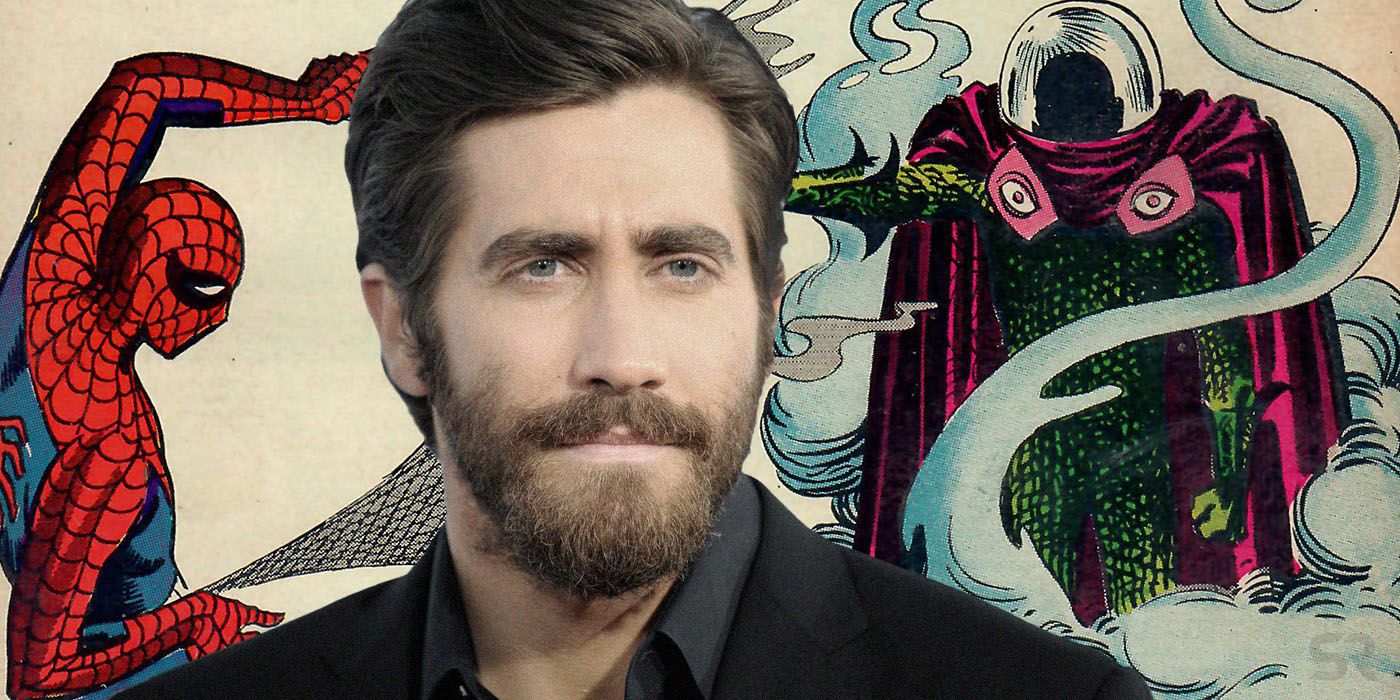 With the first trailer for Spider-Man: Far From Home just released, excitement for the film is at an all-time high. One of the standout elements of that first footage is Jake Gyllenhaal as Mysterio, one of Spider-Man’s classic foes from the comics.

We’ve already seen some of Spider-Man’s most iconic villains brought to the big screen in previous films, such as Doctor Octopus, The Lizard, and a few Green Goblins. However, Mysterio is one of the most exciting bad guys to get the live action treatment. From both the comic book history of the character and all the new directions the film could take him, Mysterio has the makings of a classic big screen villain. Let’s look at 10 reasons Mysterio could be the best cinematic Spider-Man villain.

Bringing Mysterio to the big screen is further evidence of how confident the MCU is at this point. They could have played it safe with a well-known character, but instead, they embraced the craziness of the comics with a more obscure choice.

Mysterio is so unlike any other Spider-Man villain we’ve seen on the big screen. As fun as some of the past villains have been, it’s exciting to have something totally new. Just imagining how they are going to handle the many outlandish aspects of this character is enough to make him one of the most anticipated movie characters of 2019.

One of the most exciting things about Spider-Man: Far From Home is that it removes Peter Parker from his usually New York City setting. The “school trip” concept allows us to see how Spider-Man operates in Europe for the first time. This also means Mysterio gets to face-off with Spider-Man outside his element.

The change in location might not seem like much, but given just that brief glimpse of Mysterio battling the Elemental in Venice shows how much fun some new scenery can be in movies like this. There is so much potential for the havoc Mysterio can cause across European destinations.

Spider-Man: Far From Home has the distinction of being the first post-Endgame film in the MCU. We still don't know how Avengers: Endgame will end, but it's safe to say the MCU will have changed as a result of that film.

Some of the world's Avengers will likely be gone. Peter will probably be affected because of what happened to him. The world will know about threats far bigger than they could ever imagine. How will a villain like Mysterio work in a new world like this? It will be the MCU's first response to bad guy in a post-Thanos world. It will be interesting to see where they take things.

It’s safe to assume one of the main reasons we have yet to see Mysterio on the big screen is because he looks absolutely ridiculous. With his colorful costume, over-the-top cape and fishbowl helmet, he always seemed like one of those characters that only worked on the pages of a comic book.

Judging by the first footage, the filmmakers were not afraid at all to embrace that classic look. He looks surprisingly accurate to the comic book design and it is awesome. While it might elicit some laughs, seeing such a comic book look brought to life is a lot of fun.

RELATED: What Is The Song In The Far From Home Trailer

Despite his unusual look, Mysterio is, in fact, a very cinematic character. He is not a typical comic book villain. He doesn't have any superpowers and he is not particularly physically imposing. Instead, Mysterio uses his intellect and special skills at illusion and trickery to fight Spider-Man.

In comic book films, we tend to see the heroes face-off with bad guys who have similar powers to their own. Even in the Spider-Man movies, he's usually battling some evil genius in a tech-based battle suit. Mysterio is bringing something fresh to the table and abilities with endless possibilities.

RELATED: Spider-Man: Far From Home - Every Update You Need To Know

After years of having their villains criticized as bland, the MCU is on a roll with their recent bad guys. The studio now seems to be more invested in creating compelling antagonists for their films. Michael B. Jordan’s Killmonger was unforgettable and Thanos has already become iconic.

There’s so much we don’t know about Mysterio in the new film. However, given these recent examples, it seems unlikely Marvel will go back to churning out boring baddies. Expect some real depth to Mysterio’s motivations in the film.

When a villain appears in a comic book film, it’s usually pretty straightforward. We know they are the bad guy and we know they want to kill the good guy and take over the world. In the case of Mysterio, there is actually – and appropriately -- quite a bit of mystery involved.

Is he the classic villain comic book readers know, or is he actually a hero? The first footage seems to confirm the theory that he is a good guy. But is there more mystery than that? Where does he come from? Are his powers real? All things are pointing to an intriguing character with plenty of twists and turns to him.

The filmmakers seem to want us to believe Mysterio is a good guy. The trailer shows that he is battling the Elementals and being quite effective. There are even reports that Nick Fury tries to recruit Mysterio. It could be that he is the newest addition to the Avengers.

However, it’s important to remember that in the comics, Mysterio is a master of illusions. What if these Elemental monsters are his own creation meant to make him appear more heroic? Could he be an Avengers fanboy trying to con his way to superhero stardom? It could be a fun twist and a mirrored version of Peter’s own desire to be an Avenger.

3. A Connection To Peter?

Many nervous fans noticed the absence of Tony Stark in the trailer. While it doesn’t confirm anything, it is possible that Peter loses his mentor in Avengers: Endgame. With Peter seemingly teaming up with Mysterio, could they be setting up a similar relationship in this film?

With the two fighting side-by-side, Peter could begin to look up to Mysterio, similar to how he idolized Stark. This would be a fitting way to cement a strong connection between the two and would be heartbreaking when Mysterio probably (definitely) turns on him. It could bring some real emotional stakes to their showdown.

Even those who don’t know or are not interested in the character of Mysterio are likely still intrigued by the amazing casting of Jake Gyllenhaal in the role. We’ve seen some amazing actors play Spidey villains, like Willem Dafoe and Michael Keaton, but Gyllenhaal is an unexpected and inspired choice.

Given his movie star status, you’d more expect Gyllenhaal to be headlining a superhero movie rather than playing the villain. He’s continuously shown his amazing range as an actor and is one of Hollywood’s most in-demand stars. The fact that he chose to play this guy wearing a fishbowl suggests there must be something special about the role.