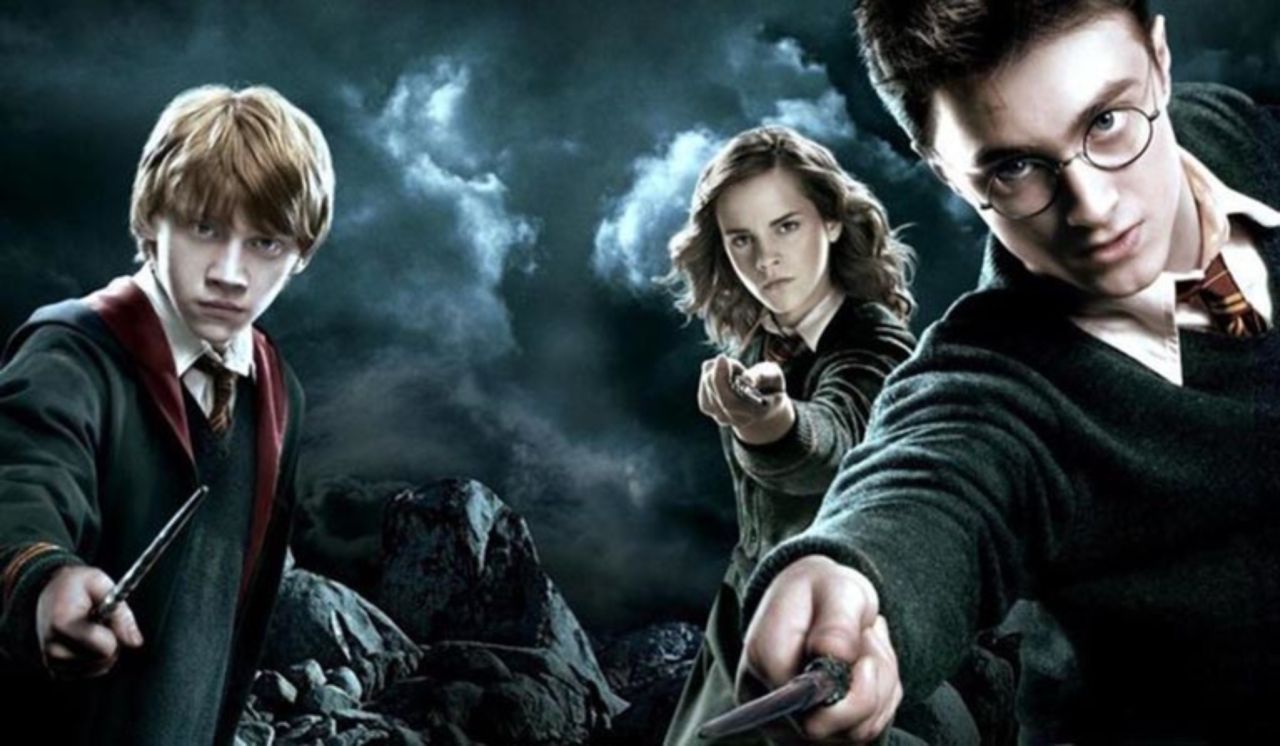 While the Harry Potter universe provided us with seven books and eight films, fans may find themselves at a loose end when searching for fresh magical material to obsess over. Sure, Fantastic Beasts and Where to Find Them has provided us with additional entertainment from the Potter-verse, but sometimes we look forward to committing to a gripping and story-rich TV series rather than a film that is watched in one sitting.

Whether you enjoyed the social interactions between Harry, Ron, and Hermione, the prevailing themes of friendship or bravery, or the darker, supernatural aspects of the series, this list should provide you with a suitable series to extinguish your nostalgia.

While delving more into the superhero genre, the protagonists of Marvel's Runaways share many commonalities with Harry, Ron, and Hermione. Firstly, this show centers around a group of teenagers who are learning to control and understand their supernatural powers in the same way that Harry had to adapt to his magical abilities from the start of his Hogwarts journey.

Secondly, like their Harry Potter counterparts, Runaways' protagonists are constantly breaking the rules and disregarding authority as a means of completing their missions. This is largely because these High Schoolers have found out that their parents are supervillains, and must consequently do their best to thwart their plans. Harry and his friends' opposition of Dolores Umbridge in Order of the Phoenix clearly springs to mind.

Aimed at a younger audience, this Disney Channel original series centers around Alex, Max, and Justin Russo, three siblings living in New York City who come from a family of wizards and are in the process of their wizard training. Like their Harry Potter counterparts, the wizards in this show also cast spells at the flick of a wand, and the series even features a wizarding school.

Whilst the Russo parents are normally busy running their sandwich shop, they make sure to put some time aside so that Jerry, father to the Russo children, can teach his kids magic lessons in his secret lair that is somewhat reminiscent of the office of a Hogwarts professor.

Another show that is more concerned with the superhero genre, Smallville does share many parallels with Harry Potter, including the themes of friendship, selflessness, and taking on your responsibilities. This show is centered on a young Clark Kent, and how he balances his school (and later, work) life and his destiny to become Superman.

Like Harry, Clark constantly needs to be aware and in control of his powers. In the same way as Harry must protect the secrets of the wizarding world from Muggles, Clark must keep his secret from the outside world. Clark constantly proves to be a caring person who looks out for his family and friends and vows to take on the forces of evil, just like his wizarding counterpart.

RELATED: 10 CASTING DECISIONS THAT HURT SMALLVILLE (AND 10 THAT SAVED IT)

For those who enjoyed learning about the magical creatures in the wizarding world, this is the show for you. Revolving around the lives of three roommates; a vampire, a werewolf, and a ghost, this series explores the difficulties that each of these young adults face while trying to live double lives.

The challenges that the series' protagonists face mirror the frustration that Harry Potter dealt with when he was unable to use magic openly during his summer holidays at Privet Drive. Those who enjoyed the tender romances in Harry Potter will also not be disappointed with the intimate moments shared between lovers in Being Human.

6. A Series Of Unfortunate Events

While magic is clearly absent, there are numerous parallels drawn between the Baudelaire orphans and Harry and his friends. While Harry Potter is constantly at odds with Voldemort, the Baudelaires are constantly on the run from Count Olaf. Like Harry, Ron, and Hermione constantly regard their friendship as a priority when carrying out dangerous tasks, Sunny, Klaus, and Violet always look out for each other no matter what. Tragically, like Harry's parents perished at the hands of Lord Voldemort, the Baudelaires' parents perished from a terrible fire.

Both stories do a terrific job of satisfying the needs of adventure seekers, and the numerous chapters contained in each story provide those who are looking for a long-term commitment with a saga they can really sink their teeth into.

5. The Chilling Adventures Of Sabrina

For those looking for something a bit more spooky, this series surely delivers the goods. This series follows Sabrina, half-human half-witch, who belongs to a coven that would like her to become a witch and leave the mortal world behind. One issue, however, is that Sabrina does not want to leave her friends and boyfriend behind.

This tale provides viewers with a rollercoaster ride of ups and downs, reminiscent of the chaos that Harry Potter endured at the hands of Voldemort upon his return in Goblet of Fire and Order of the Phoenix. An absolute must-watch for magic-lovers.

RELATED: RANKED: THE MOST POWERFUL WITCHES IN SABRINA

For those who enjoyed reading about the history and events of the magical world outside of the main Harry Potter storyline, the mythology and miscellaneous facts included in Buffy will do well to satisfy your lust for the finer details.

The series chronicles the life of Buffy, a Slayer who has been given the responsibility to battle the forces of evil. With her array of powers, including physical strength, agility, durability, and prophetic dreams, she has time and again defeated vampires and other enemies in a way that is reminiscent of an Auror in the world of Harry Potter.

For those of you who took a liking to Buffy, this series will most probably also be up your alley. Delving deeply into the occult, this show follows the adventures of the Winchester brothers who have a deep interest in the supernatural and, after training from their father, became hunters of evil forces.

In a road-trip style story, these brothers travel across the United States to battle demons and other supernatural creatures that are commonly featured in urban legends. Going into its 14th season, this highly-successful show has plenty of content to preoccupy its die-hard fans.

MORE: SUPERNATURAL: WEIRD RULES THE WINCHESTER BROTHERS HAVE TO FOLLOW

This show documents the adventures of the Halliwell sisters, who also happen to be witches. This was one of the breakthrough series that shattered the long-standing stereotype of witches, by portraying the sisters as decent people who fight dark beings so as to protect humankind, not unlike Harry, Ron, and Hermione.

With eight action-packed seasons and an overwhelmingly good reception from audience members, this show will do well to satisfy your craving for a fast-paced story, epic fight scenes and the darker aspects of the supernatural.

RELATED: CHARMED: 15 BEHIND-THE-SCENES SECRETS YOU HAD NO IDEA ABOUT

If Harry and his friends were young adults who were attending college rather than school, then this series is as close to Harry Potter as they get. The awkward Quentin Coldwater and his best friend Julia find themselves at the gates of Brakebill University, a school for magicians, where students learn about the world of magic and come into contact with other magic-minded young adults.

In a world where sex, drugs, and parties are mixed with the magical realm, this series is will do justice for Harry Potter fans who enjoy a show that also touches on mature content and brings real-life scenarios into play.