« 10 Gen 1 Pokémon So Strong They Should Be Banned (And 10 Too Weak To Use)
Did Marvel Just Reveal Where Avengers’ ENDGAME Title Came From? »

10 Shows To Watch If You Like Lord of the Rings 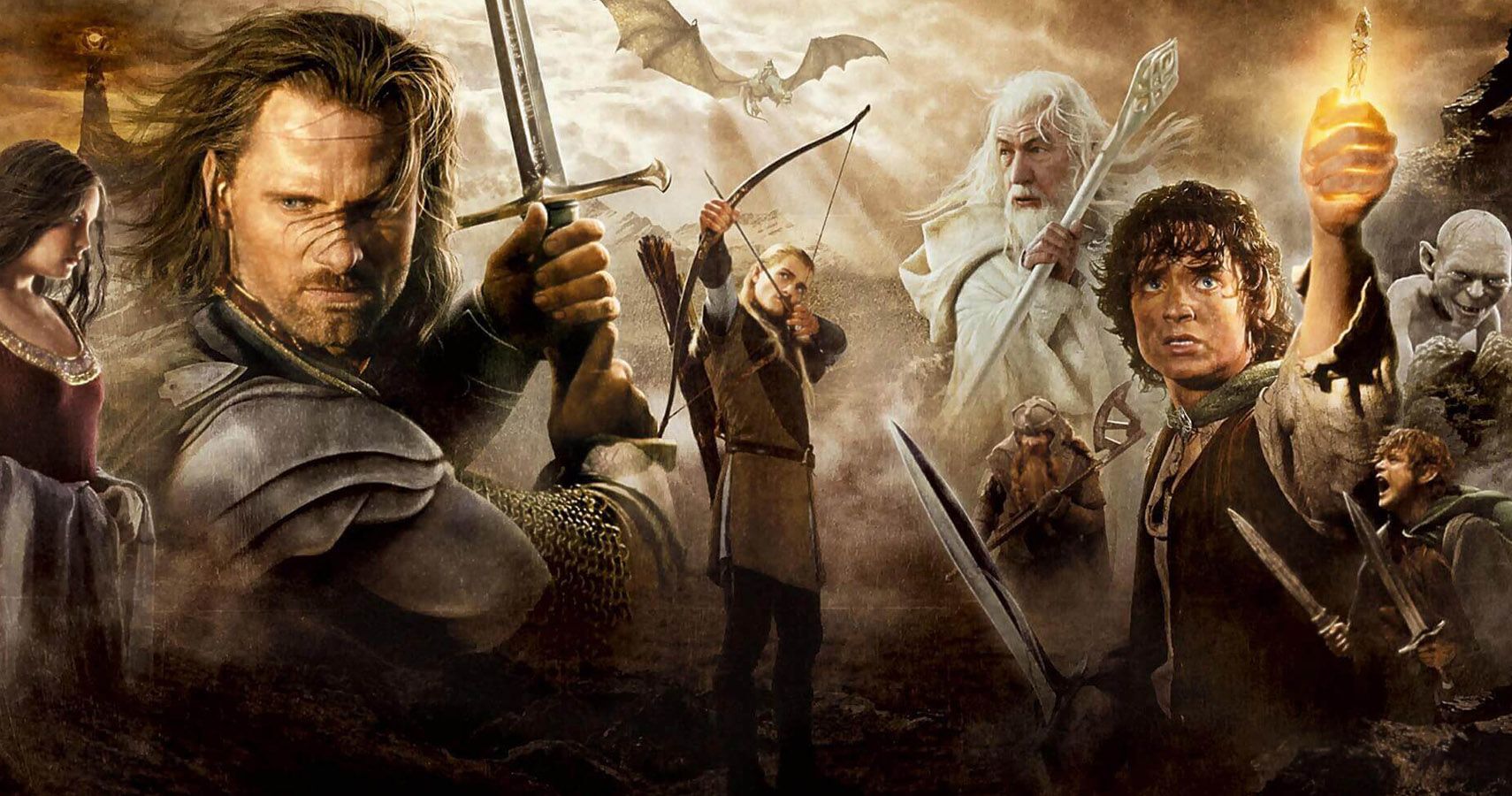 Lord of the Rings is a classic for a reason - it's a phenomenal story with plenty of sword-swinging adventure thrown in. With months, and maybe years, to go before the Lord of the Rings TV show hits Amazon Prime, fans are chomping at the bit for their next bingeable fantasy drama series. It’s hard to find that perfect mix of action, drama, and magic that is oh so satisfying to watch. We’ve scoured all of Middle Earth in search of the binge-worthiest shows fit for a king. So let’s Netflix and dine at the Great Hall with these ten shows to watch if you like Lord of the Rings.

Inspired by the historical figure of the same name, Spartacus follows a Thracian gladiator who, from 73 to 71 BCE, led a major slave uprising against the Roman Republic departing from Capua. Early seasons focused on the events of Spartacus' obscure early life leading up to the beginning of historical records. The story is a little thin, but the action sequences are stunning, having their stunts nominated for an Emmy and a Screen Actors Guild Award.

Before two awful Robin Hood movies, there was this 2006 BBC series. Based solely on the traditional stories of legendary English folk hero of the same name, Robin Hood sees the titular character returned to England after five years fighting in the Third Crusade as part of the King's Guard. He is shocked to find the Sheriff of Nottingham running the town with an iron fist upon his return. Robin is soon made an outlaw, and takes it upon himself to steal from the rich to feed the poor along with his gang, which consists of his best friend Much; two young men he saved from hanging, Will Scarlett and Allan A Dale,  the ex-leader of a band of outlaws already in the woods, Little John; and another young man named Royston White.

Merlin is a re-imagining of the legend in which the future King Arthur and Merlin are young contemporaries. Arthur's father Uther Pendragon has banned magic in Camelot, its use punishable by death, forcing Merlin to keep his magical powers secret from everyone in Camelot other than his mentor Gaius. Arthur grows from a young, self-absorbed boy to the mighty king in the legends, and Merlin develops into his colossal role in creating the powerful Camelot.

For good, historical dramas one need not look further than the BBC. Taking seven of William Shakespeare’s plays and turning them into mini-series, The Hollow Crown features a star-studded lineup of Britain’s best, including Tom Hiddleston, Benedict Cumberbatch, Judi Dench, Jeremy Irons, and more. These aren't adaptations of Romeo And Juliet, though. The Hollow Crown focuses on The Bard's Henriad - the plays about the monarchs of England before and during the War of the Roses. Spanning over 100 years, this mega-series is as good as it gets.

Created for the History Channel in 2013, Vikings is inspired by the sagas of Viking Ragnar Lothbrok, one of the best-known legendary Norse folk heroes and notorious as the scourge of England and France. The show portrays Ragnar as a farmer who rises to fame by successful raids into England, and eventually becomes a Scandinavian King, with the support of his family and fellow warriors. After Ragnar's death, the later seasons follow the fortunes of his sons, and their adventures in England, Scandinavia and the Mediterranean.

RELATED: 10 Storylines That Hurt Vikings (10 That Saved It)

4. Legend Of The Seeker

Based on the book series The Sword of Truth by Terry Goodkind, Legend of the Seeker  follows the journeys of a long-awaited "Seeker of Truth" named Richard Cypher, a Confessor named Kahlan Amnell, a wizard named Zeddicus Zu'l Zorander, and a Mord-Sith named Cara as they defend the people of their realm against tyranny and destruction. A fun series that only lasted two seasons, Legend of the Seeker has a little bit of something for everyone.

Another series based on books by a well-known fantasy author, The Shannara Chronicles is based on the Sword of Shannara Trilogy by Terry Brooks. Set in the fictional Four Lands, demons start to return after being banished from this world to a place known as the Forbidding - locked by an ancient tree called the Ellcrys. The series chronicles the journey of Wil, Amberle and Eretria who, with the guidance of the last druid Allanon, must go on a quest to protect the Ellcrys from dying and releasing all the banished demons back into the Four Lands.

A British historical fiction television series based on Bernard Cornwell's The Saxon Stories series of novels, The Last Kingdom is set in the late 9th century AD, when England is divided into seven separate kingdoms. The Anglo-Saxon lands are gradually attacked, plundered, and effectively ruled by Danes in many areas. The Kingdom of Wessex remains the last major stronghold against the Danes. Very much the BBC response to Game of Thrones, this show plays fast and loose with the lives of beloved characters.

This show needs no introduction. If you aren’t already watching this show, you need to go binge every episode right now. Game of Thrones has mastered the art of combining a vast, complicated plot with action, suspense, and mystery. We still don’t know how it's all going to end, and with several prequel series inked for the future, it’s possible that the small screen adaptation of the song of ice and fire may never truly end.

NEXT: 10 Facts You Need To Know About House Targaryen