10 Things Only Real Doctor Who Fans Know About The TARDIS 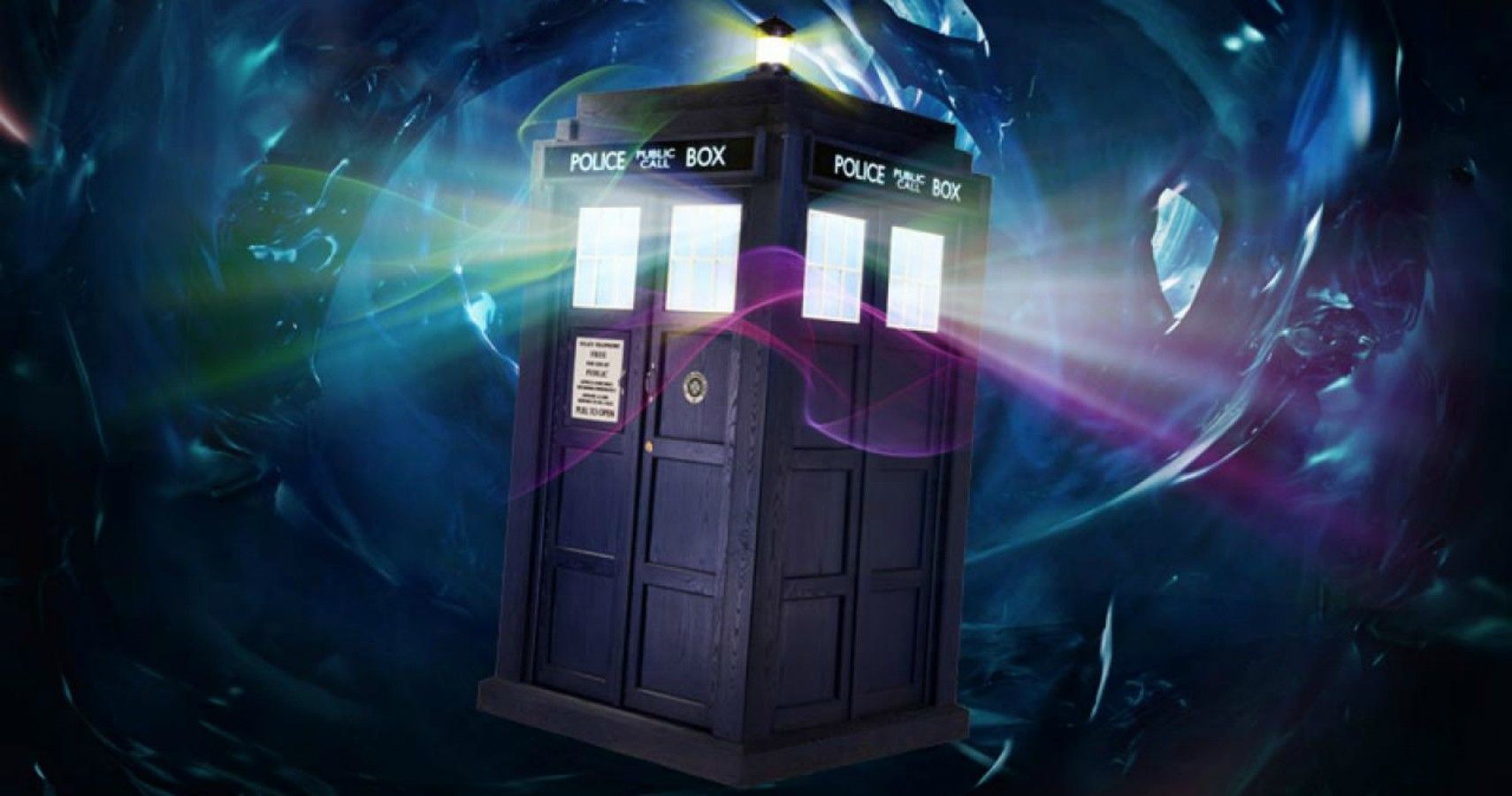 Nothing says Doctor Who quite like the TARDIS. This iconic time machine is such an integral part in the series, it's the only one featured in the opening theme! Even the Doctor isn't seen in the beginning credits in his (and now her) own show! That's how important this machine is.

The fact is, the Doctor wouldn't be the Doctor without that blue police box. The TARDIS is the Doctor's constant companion, his trusty sidekick, the one who's always there to take care of him and to get him where he wants to go. It's high time the TARDIS gets her dues. Show that beautiful box some love and check out these 10 things only real Doctor Who fans know about the TARDIS.

10. There's More Than One TARDIS

As it turns out, the TARDIS isn't the one and only. There are loads of TARDISes out there, as we see in the episode titled "The Name of the Doctor." The Doctor is shown stealing his TARDIS, which appears as a silver cylinder, not unlike one of those stainless steel trash cans sitting in a row of other TARDISes.

The SIDRAT, or the Space and Interdimensional Robot All-Purpose Transporter, was an earlier version of the TARDIS, and it was also bigger on the inside. But, alas, even with a catchy name like SIDRAT, this predecessor of the Doctor's time machine simply couldn't compete with the TARDIS.

9. It's Designed To Have Six Pilots

Most of the time, the Doctor flies the TARDIS all by himself. If he's lucky, he'll have a few companions to help him out. But, as it happens, the TARDIS is actually supposed to be piloted by six Time Lords. Six! Holy TARDIS of Gallifrey, that's a lot of people (or aliens).

Of course, it's no surprise that it takes so many Time Lords to fly one of these things. Just look at how big the console is! All those buttons, all those levers, all those dials! There's so much high tech-ness with just one guy to keep track, the fact that the Doctor can fly solo is mighty impressive.

8. It's A Sentient Being

The Doctor's TARDIS is special. Most Time Lords don't bond with their time machines to the extent that the Doctor has with his. In the episode "The Doctor's Wife," an asteroid called The House traps the Doctor and places the matrix of the TARDIS in a woman, who calls herself Idris.

Idris reveals to the Doctor that even though she doesn't always take him where he wants to go, she always takes him where he needs to go. The TARDIS is more than a "Time and Relative Dimension in Space" machine; it's a sentient being that thinks and feels and, above all else, protects the Doctor — a lot like Baby does for Sam and Dean in Supernatural.

7. The TARDIS Is Picky About The Doctor's Companions

It could be that the TARDIS disliked competing with Clara for the Doctor's attention. Or, more likely, it could be because the TARDIS is highly sensitive to temporal anomalies. As the "impossible girl," born to save the Doctor at various points throughout his timeline, it's no wonder the TARDIS picked up on some red flags when it came to Clara.

6. The TARDIS Is An Asteroid

Well, okay, you caught us. That's not quite right. The Doctor's TARDIS isn't an asteroid, it's a time machine and a spaceship. But the TARDIS is so iconic that in 1984, when American astronomer Brian Skiff discovered a new Alauda asteroid at the Anderson Mesa unit of Lowell Observatory in Arizona, it was named after that beautiful blue police box.

Everyone, say hello to 3325 TARDIS, which is up there in the sky, somewhere... We're sure it's there, but we still don't even know where the Big Dipper is, so when it comes to finding it with your telescope, it looks like you're on your own. In any case, the Doctor would be so proud!

RELATED: What To Expect From Doctor Who Season 12

We don't know the exact square footage of the Doctor's spaceship, but we do know it's got plenty of space —and presumably time. There's a library, an art gallery, a wardrobe, an observatory... The TARDIS also has a room where the Doctor stores keepsakes from his past companions, and another one called the Zero Room, which is a healing chamber that assists the Doctor during regeneration.

4. The TARDIS Isn't The Doctor's Only Form Of Transportation

Obviously, the TARDIS is the Doctor's main method of transport. Whether he's hopping from one planet to the next, fighting off the baddies, or he's trekking to the past and back to the future, the TARDIS is his favorite way of getting around, but it's not the only way.

We've seen the Doctor ride mopeds, horses, and even a dinosaur, but for a while back in season seven of the original Who, the Doctor was spending some time in exile here on earth. It's there that he worked closely with UNIT. During that time, the Doctor relied on an adorable little yellow car named Bessie to get from point A to point B.

3. The TARDIS Is Broken, That's Why It's A Police Box

Originally, the writers of Doctor Who thought it would be fun if the TARDIS changed its appearance in every episode to blend in with its surroundings. But, when they discovered this idea proved to be too much for their budget, they decided to keep the TARDIS permanently stuck as a police box, and explained that the spaceship's chameleon circuit was broken.

"It's not that we can't afford to change the TARDIS's appearance, it's that the chameleon circuit broke!" Man, when it comes to getting themselves out of a jam, the Doctor Who writers are more than up to the task.

2. There's A Reason The TARDIS Makes *That Sound*

What exactly is *that sound* you ask? Well, if you're a bonafide Whovian, then chances are you can hear it in your head right now! But to anyone who doesn't know the sound of the Doctor's TARDIS materializing and/or dematerializing, it sounds like someone scraping piano strings with a key. Funnily enough, that's exactly how *that sound* is made.

Of course, according to River Song, the TARDIS isn't actually supposed to make that high-pitched screeching sound. The reason it does is because the Doctor doesn't fly it correctly. Turns out, he leaves the brakes on. That's probably not too good for the TARDIS's brake pads, eh Doctor?

1. The Doctor And The TARDIS Are Connected

The Doctor has had dozens of companions over the centuries, but no companion has been more constant than the TARDIS. The bond that these two have is unshakeable. They look out for each other and they take care of each other. They're more than good buddies or travel partners — they're connected.

As Idris reveals in "The Doctor's Wife," the fact that the Doctor chose her was no coincidence. In fact, it was actually the other way around. The TARDIS chose the Doctor. She wanted the Doctor to steal her away from Gallifrey, and after spending so much time with each other, the TARDIS has developed a psychic link with the Doctor.

NEXT: Allons-y! The Myers-Briggs® Personality Types Of The Doctor's Companions

This entry was posted by Screen Rant on January 12, 2019 at 1:01 am, and is filed under TV News. Follow any responses to this post through RSS 2.0. You can skip to the end and leave a response. Pinging is currently not allowed.