« How Shazam! Connects To The DCEU Movies So Far
Fantastic Beasts Has Changed The Order of The Phoenix’s Origin »

10 Villains Who Have Had The Most MCU Appearances 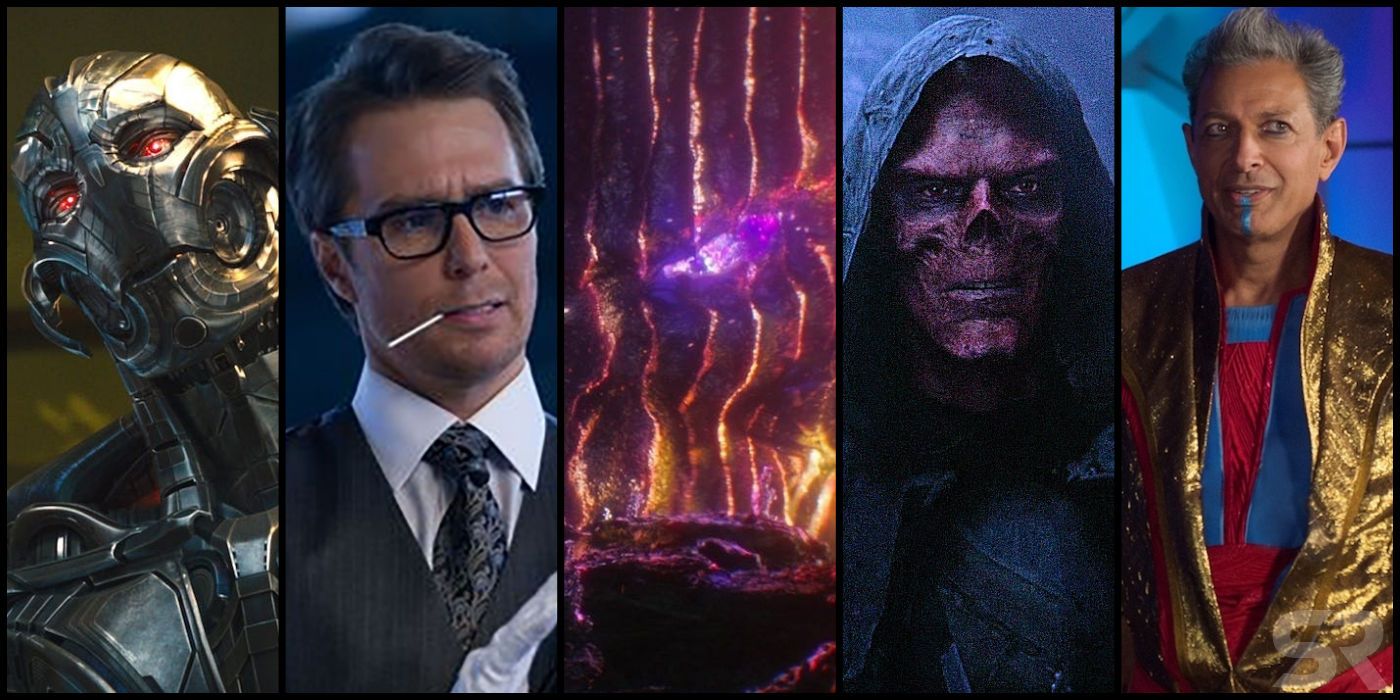 The Marvel Cinematic Universe is a crowded one with more and more films being announced every year. A lot of these have had one-off villains, but a few villains have persisted across multiple movies. Marvel’s heroes have had no shortage of villains, all with their own agendas, but here are ten villains who have had the most MCU appearances.

Erik Stevens (born N'Jadaka) was a former black-ops soldier of Wakandan origin through his father, Prince N'Jobu. His savagery while serving in the U.S. black-ops unit, earned him the nickname Killmonger.

In Black Panther, years after his uncle T'Chaka had killed his father for betraying Wakanda, Killmonger then planned to forcibly dethrone his son and heir T'Challa in order to accomplish his father's plan to seize control of the world. His plan was to use all of Wakanda's Vibranium technology and stop the oppression of people of African descent all across the world. Manipulating and then killing Ulysses Klaue to gain access to their city, Killmonger seemingly killed T'Challa during their ritual combat and took the throne. Just before Killmonger unleashed his plans, T’Challa returned and challenged Killmonger, eventually defeating and killing him during their final battle.

RELATED: Valkyrie Would Beat Killmonger In A Fight, According to Tessa Thompson

Obadiah Stane was the business partner of Tony Stark and a good friend of his father, Howard Stark. After Howard Stark's death, Stane became interim CEO of Stark Industries until Tony Stark took over officially in Iron Man. Stane's jealousy of the younger Stark led him to join forces with the Ten Rings to organize a failed attempt to assassinate him so Stane could become CEO once again. When this failed, Stane created the Iron Monger Armor and attempted to kill Stark himself, leading to his own death.

Algrim the Strong was a lieutenant of the Dark Elves' leader Malekith in Thor: The Dark World. Loyally serving his master during the war against the Asgardians, he was one of the few Dark Elves who survived the war that almost wiped out their race and cost them the Aether (later revealed to be the Reality Stone). Five thousand years later, Algrim did not hesitate to sacrifice his own life to be transformed into the last of the Kursed to gain their revenge upon Asgard. Kurse then helped Malekith to unleash the Sacking of Asgard, and killed Frigga. Once Malekith obtained the Aether, Kurse attempted to kill Thor, only to be challenged by Loki whom he then (seemingly) fatally wounded. Loki activated one of Kurse's Black Hole Grenades on his belt and destroyed the Kursed monster's body once and for all.

Doctor Arnim Zola was originally an employee of the Nazi Sturmabteilung, but in 1934 he was recruited by Red Skull to become a lead scientist for HYDRA organization. During the war, he designed many advanced weapons to aid HYDRA in its quest for world domination. Despite being captured by the Allies shortly before Schmidt's defeat in 1945, he was offered a position in S.H.I.E.L.D., the newly formed peacekeeping organization. He used that opportunity to secretly rebuild HYDRA. When Zola received a fatal diagnosis in 1972, he transferred his mind into a complex computer system. His "brain" was destroyed when he caused missiles to be sent to Camp Lehigh, where he was stalling Captain America and Black Widow.

Ulysses Klaue was a black-market arms dealer, gangster, and international criminal who had worked alongside N'Jobu in order to expose Wakanda to the rest of the world. This led to Klaue stealing a stockpile of Vibranium as a result in 1992. During an encounter with Ultron in Age of Ultron 13 years later, Klaue sold all of his Vibranium before losing his arm during an argument. Remaining bitter against Wakanda, Klaue then joined forces with Erik Killmonger—the son of N'Jobu—to steal more Vibranium, as Klaue was now armed with his new weaponized prosthetic arm. He as ultimately betrayed and murdered by Killmonger as a means to enter Wakanda and challenge T'Challa for the throne.

Johann Schmidt’s ambition to become the superior man led him to test an imperfect version of the Super Soldier Serum on himself which transformed him into Red Skull in Captain America. After gaining possession of the mystical Tesseract and its unimaginable power, he decided to turn his back on the Third Reich and rule the world alone. However, as World War II raged, his plans would be challenged by the only Allied super soldier, Captain America. In 1945 Schmidt launched his offensive, intending to bring the United States to its knees, but he was intercepted by Captain America and vanished when he touched the Tesseract with his bare hands. His fate was speculated over the course of a couple of films until Infinity War, where we see he was teleported to Vormir and tasked with keeping the Soul Stone.

During the HYDRA Uprising in Winter Soldier, Brock Rumlow was ordered to lead the HYDRA team and assassinate Captain America. Rumlow was nearly killed during the Battle at the Triskelion, suffering horrific facial scars in the process. Once he recovered, Rumlow escaped from the hospital and, assuming the codename Crossbones, became an independent terrorist. From there, he set out on a path to exact revenge and make anyone involved in his downfall suffer the same pain and loss he endured. In Civil War, he lured the Avengers into a public fight. Although he was defeated, Crossbones activated a bomb hidden within his suit and, despite Scarlet Witch's best efforts to contain the blast, killed himself and dozens of innocent people in the resulting explosion.

Thaddeus “Thunderbolt” Ross is a former Lieutenant General of the United States Army. During his career, he was put in charge of the military project called the Bio-Tech Force Enhancement Project, aiming to recreate the Super Soldier Serum. However, the experiment led to the gamma accident which transformed Bruce Banner into the Hulk. After a long hunt, Banner was captured, only for Ross' subordinate officer Emil Blonsky to transform into the monstrous Abomination which forced Ross to accept Hulk as an ally and allow him to escape after the battle in Harlem. Since then, he’s moved up the ranks, proving a thorn in the Avengers side through the events of Civil War and Infinity War.

Although some could argue that The Mad Titan has been behind the scenes of most films in the MCU, Thanos has had extremely brief appearances on screen prior to Infinity War. He was seen briefly during the events of The Avengers, but everything else has been either a post-credit scene or just whispers of his name.

All hail the king, or rather the God of Mischief. Loki, played by Tom Hiddleston, has appeared in more MCU films than any other villain. Although it feels like he’s been everywhere, he’s actually only been in five films. While he’s been on a sliding scale of villainy throughout his character arc, his appearances in all three Thor films as well as both Avengers movies have seen him Loki in various forms of selfishness, thirsting for power.