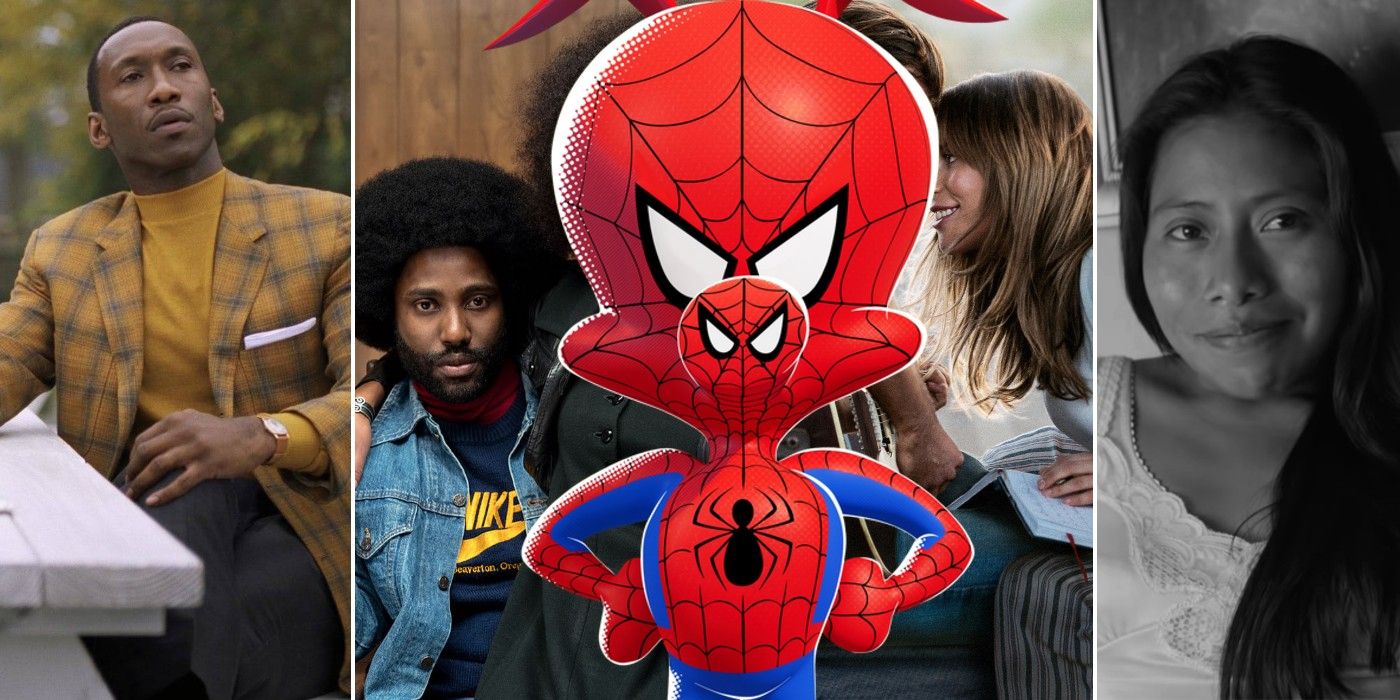 The Academy of Motion Picture Arts and Sciences has announced the full list of 2019 Oscar nominations. The ongoing awards season has certainly taken some unexpected twists and turns on its way to this year's Academy Awards. Most recently, the Peter Farrelly-directed historical dramedy Green Book took home surprising wins at both the 2019 Golden Globes and Producers Guild Awards. Meanwhile, the Queen biopic Bohemian Rhapsody has also emerged as an unanticipated Best Picture contender, thanks to its own Golden Globes wins for Best Picture - Drama and Best Actor for Rami Malek's performance as Freddie Mercury.

Both Green Book and Bohemian Rhapsody have attracted controversy for the way they handle sensitive topics and, in Bohemian's case, the sexual assault charges against director Bryan Singer. As a result, neither one is regarded as a shoo-in for this year's biggest Oscar night prizes, not least of all with strong competition from BlacKkKlansman, A Star is Born, and Roma (among other films). While it's anyone's guess as to how this year's Oscar show will actually play out - all the more so since it won't have a host - we now know for certain which movies will be contending for which categories.

Actors Kumail Nanjiani (Silicon Valley) and Tracee Ellis Ross (Black-ish) announced the Oscar nominations live this morning from the Academy's Samuel Goldwyn Theater. Leading the way were films like Roma and The Favourite (which each secured ten nominations in total), with movies like BlacKkKlansman and A Star is Born not too far behind. Meanwhile, Black Panther became the first superhero movie nominated for Best Picture and secured additional nominations in categories like sound editing and mixing, costumes, and song/score. You can read through the complete list of 2019 Oscar nominees in the space below.

In some way, this year's Oscar non-nominees are as notable as this year's nominations. If Beale Street Could Talk - Barry Jenkins' followup to his Best Picture winner Moonlight - was passed over in the Best Picture and Director categories, and Damien Chazelle's Neil Armstrong biopic First Man failed to land a nomination for its score, despite having won the very same category at this month's Golden Globes ceremony. There were also a handful of surprising one-off snubs (see: Won't You Be My Neighbor? for Best Documentary) and - once again - the Academy failed to nominate a single woman for Best Director, despite the online support for candidates like Lynne Ramsay (You Were Never Really Here) and Debra Granik (Leave No Trace). At the same time, critical favorites like Eighth Grade and Crazy Rich Asians were completely shut out of this year's Oscars.

Right now, Roma appears to be the front-runner for Best Picture, between its many nominations and the lack of controversy surrounding the film. Still, it'll be interesting to see if the Netflix Original can manage a sweep across the board - including, several wins for Alfonso Cuarón, who wrote, directed, edited, and shot the movie - or if the Academy ends up splitting this year's Oscars among many films, instead. The Best Picture race is still relatively open, so an upset shouldn't be ruled out just yet, either. After all, it wasn't too long ago that films like Bohemian Rhapsody and Green Book seemed to be falling out of the race completely.