9 Things You Missed In The Spider-Man: Far From Home Trailer 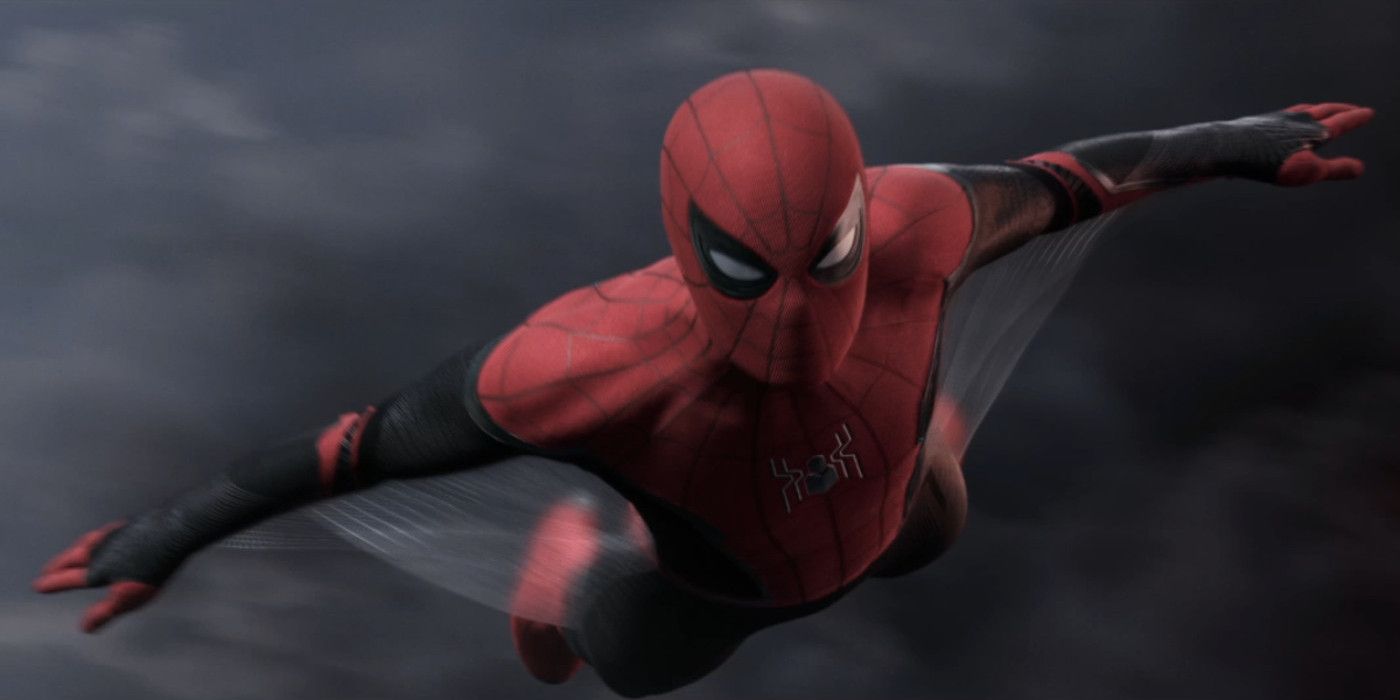 The first trailer for Spider-Man: Far From Home has finally dropped and we are pumped! With Marvel fans twiddling their thumbs waiting for Captain Marvel to hit theaters or a new Avengers: Endgame trailer to be released, the nerds of the internet are busy dissecting this trailer frame by frame. Let’s dive in with nine things you missed in the Spider-Man: Far From Home trailer.

Possible spoiler warning if any analysis or predictions turn out to be true.

Related: What Is The Song In The Spider-Man Far From Home Trailer?

Early in the trailer, we see Harold “Happy” Hogan (Jon Favreau) bringing a novelty cheque for $500,000 to support homelessness, signed by Pepper Pots (Gwyneth Paltrow). Hogan and Aunt May (Marisa Tomei) exchange words and it’s revealed that Hogan knows May is wearing a new dress. In Homecoming, Tony Stark (Robert Downey Jr) and Aunt May hit it off, with lots of playful sexual tension. It's possible that Stark bought May the dress and had Hogan order and/or deliver it, although it's also possible that there's a little flirting going on here for some other reason.

In Homecoming, the Stark tower in New York City was being sold. Only rumors are swirling now of who the new buyer is, but whoever they are, they are completely remodeling. A theme we will return to in this article is that the MCU deliberately manipulates their trailers to hide spoilers. It’s possible that this shot would have spoiled the new owner or perhaps it’s a metaphorical construction, in that they themselves haven’t finished the CGI in the shot. Whatever it is, there's something going on in the background of this shot!

There was almost no mention of Uncle Ben in Homecoming so it’s good to see that his legacy hasn’t been diminished in the MCU version of Spider-Man. As Peter is packing, we can see the initials BFP on the suitcase. As far as we know, Ben’s middle name has never come up in canon. However, since Ben Parker’s personality was allegedly modeled after Benjamin Franklin, it’s safe to assume that the MCU has decided to make Ben’s middle name Franklin

At about the 49-second mark, we get a shot of Ned (Jacob Batalon) having his picture taken and a boat can be seen in the background. The boat has a newly painted identification number on it, reading “ASM 212”. This could stand for “Amazing Spider-Man #212”, which was the first appearance of Hydro-Man. As of this writing, Hydro-Man is not listed as being in this film, but only time will tell.

Jake Gyllenhaal looks fantastic as Quentin Beck, the man behind the fishbowl of Mysterio. Seasoned comic book readers will know him as the master of illusion. We don’t know what the green smoke coming from his hand is supposed to be, or what Mysterio claims it is, but the glyphs in front of his hands are clearly in the shape of the all-seeing eye of the Illuminati. This all plays into the canonical history of Mysterio. Quentin Beck was a special effects wizard and stunt man working for a major Hollywood studio with dreams of making a name for himself in the film industry. However, he came to see his career in special effects as a dead-end job. His attempts to become an actor were poorly received, but he realized that his expertise in illusions and hypnotism could lead to alternative careers.

The MCU is famous for its misdirection, and what better movie to play these tricks with than one featuring the Master of Illusion? Gyllenhaal described the movie's plot and his character's role in it during a video interview with Brazilian entertainment website, Omelette. "There are these threats to the world, the Elementals...and Mysterio is someone who knows about them and wants to make sure that the world is safe from them.” Fans will know there is more at play here. The Elementals are immortal beings fit for a Captain Marvel or Thor adventure. It’s more likely that they are actors. For example, the water Elemental Hydron, Lord of Waters, is more likely Hydro-Man - as teased in the previous “ASM 212” point.

In Homecoming, it made sense that Peter got an upgrade from his cloth suit to his Stark-issued suit. This is the same suit we see him with early in the trailer. However, in this trailer, we are led to believe that left this suit behind on purpose. Careful scrutiny of other European shots, as well as the International Trailer, show Aunt May snuck the suit into his suitcase, lead us to believe that he has a suit. So why the new suit? The all-black espionage suit makes sense if he’s trying to be stealthy, but in numerous shots he’s seen in this red and black suit. It’s possible that by this point, Peter has realized Mysterio is not his friend and has altered his suit in some way to prevent exposure to some of the more nefarious chemicals Mysterio is known to use in the comics.

We’re still not sure where the MCU plans to take the character of Eugene “Flash" Thompson (Tony Revolori). In the comics, he’s a football star that later joined the military. This version of Flash is not an athlete, but one personality trait has carried over. Flash mercilessly bullies while greatly admires Spider-Man, an irony in which the Peter takes some gratification.

The biggest mystery is when in the MCU timeline does this take place? The best guess is it takes place after Homecoming but before Infinity War, but then what happens to the red and black suit? If it’s set after Infinity War, then what happened to the Iron Spider suit? Was it destroyed or undone as part of “The Decimation”? Peter’s passport is no help either, as this has clearly been manipulated for the trailer. All passport legally must indicate the day, month, and year of birth, issues, and expiration and the year on all three fields is empty - those cheeky monkeys.

NEXT: Far From Home Trailer Breakdown And Story Reveals