90 Day Fiance: 10 Facts TLC Tries To Keep On The Down-Low 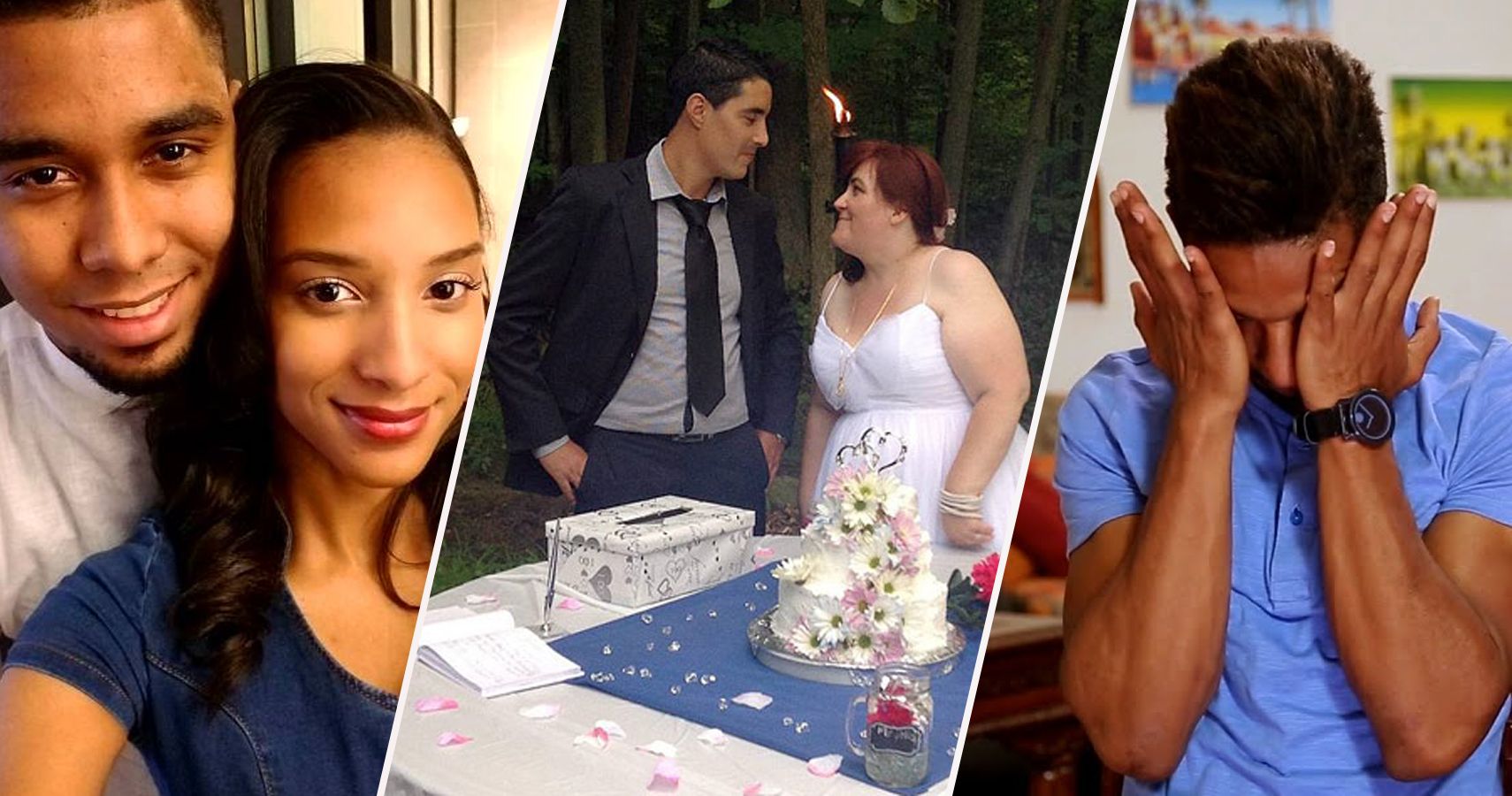 90 Day Fiance is one of the most popular reality TV shows out there. It's been the subject of both acclaim and controversy alike. Fans love watching couples as they plan and execute their rushed weddings in an attempt to gain US citizenship for immigrant partners. As popular as the show is, viewers can't help but wonder if everything they see is as it seems. TLC obviously wants to keep one of their best-rated shows on the air, which is why they'll do anything it takes to stay afloat.

Most reality TV shows compensate their participants for the time they invest in the show. Their time is valuable and networks need them to make their shows possible. On 90 Day Fiance, each couple spends countless hours with the producers and film crew. These shows earn a lot of money for the networks they’re aired on — it’s only natural to assume they’re paid well for their time. Many participants say that’s just not the case. Not only do the American fiance’s claim that they’re paid very little for their appearances, some even claim their immigrant partners aren’t compensated at all. Neither are the in-laws, family, and friends who appear as well!

9. It’s Not As Easy As Getting Married

The show focuses exclusively on couples hoping to use a K-1 visa as a path to citizenship for one of them. Watching the show gives the impression that all they have to do is get married within 90 days and a US citizenship is a sure thing. Nothing could be further from the truth, however. The path to citizenship is a long and complicated road. Even with a K-1 visa, it’s not simple. Once the couples are married, there’s still a laundry list of steps that have to be taken before citizenship is granted

Maybe “unscripted” is a better name for what we know as reality TV. Participants on 90 Day Fiance have echoed what many other reality stars have said before them: not everything is exactly as it seems. Couples have accused producers of feeding them lines and even omitting scenes to skew the story. That’s not groundbreaking news, though. Many reality stars have come forward to claim their shows aren’t 100% genuine. What makes this particularly shocking is that a few couples have claimed that the show intentionally made their relationships seem unhappy or tense just for viewings.

Not every participant on the show is popular. Some of them have been downright hated. Season four's Nicole Nafziger is a perfect example of cast members that the fans just couldn't stand. Nicole's treatment of her fiance was so aggressive and abusive that viewers took it upon themselves to get her off the show. Utilizing the popular petition website Change.org, fans began collecting signatures to keep Nicole off the show. They felt like her appearances were normalizing domestic violence.

Since the show first aired, its cast members have had their fair share of legal headaches. Angela Deem was arrested for driving while intoxicated. Another cast member, Larissa Dos Santos Lima, was arrested for domestic battery. Jorge Nava was also sentenced to 2.5 years on drug-related charges. The spree of crimes committed by cast members isn't the only legal trouble surrounding the show, though. Before a participant can be on the show, they undergo a background check. That means TLC knew all about the cast members who already had a criminal history and decided to cast them on the show anyway. Producers most likely thought that the cast's criminal histories would make for good ratings.

Most international couples meet in unconventional ways. They aren't being introduced by friends or bumping into each other at yoga. Most couples are both legally consenting adults when they meet online, but not every couple on the show can say the same. When David Vázquez Zermeño met his future bride, he was 24 years old. His intended, Evelyn Cormier, was a shocking 15. That's a pretty big age difference for any couple but this is a clear case of impropriety. The relationship began with flirting on social media, and we can't help but wonder what Evelyn's parents think of their son-in-law after that fact came to light. There are rumors that Jose Nava met his beloved on a cam girl site, which may be scandalous to some, but at least they were both adults.

If you've watched the show you may have noticed an odd similarity: almost all of the female cast members sit in the exact same pose. Each girl can be seen sitting with her knees up close to their chest. To be honest, that's not exactly the most natural or comfortable looking pose. What's even more strange is that cast member Anfisa claims the girls are instructed to sit like that. It's not clear why the producers would have a preference for how the female cast members sit, though. Furthermore, why choose such a bizarre and uncomfortable pose? Something about that just doesn't make sense... It's one of the weirdest secrets about the show.

RELATED: Where Are They Now? The Cast Of 90 Day Fiancé

The unfair compensation practices of the show have left more than one foreign cast member fuming. The show only pays the American nationals in each couple. Most find this incredibly frustrating especially since the drama of the show often paints cast members in a poor light. Many feel they leave the show with their lives ruined by bad reputations, and more than one cast member has sued the show. Mark and Nikki Shoemaker sued the show after they didn't like the way they were portrayed. Their contracts protected TLC and the case was thrown out. Luis Mendez also sued TLC claiming he was never paid and he felt taken advantage of. We're sure the network wouldn't want anyone to know that they treated their cast members so poorly that they felt a lawsuit was their only recourse.

Love, engagement, and marriage. Starting a family is a natural next step. Several couples from the show have gone on to have children. Not every baby has been celebrated as a joyous arrival, though. For one cast member, her child's appearance lead to controversy so intense she left Instagram over it. Aleksandra Strobel happily shared photos of her daughter with partner Josh, and while she was probably anticipating a lot of congratulations and compliments from her followers, she instead got a nasty surprise. Instagram users thought her daughter looked biracial and observed that Josh is quite fair... They questioned who the "real" father of her baby was. Aleksandra was so upset by the backlash that she left the social media platform entirely.

RELATED: 15 90 Day Fiancé Couples That Are Still Together (And 5 That Split)

Reality TV is often less reality and more TV. Cast members on 90 Day Fiance have spoken out about staged moments before. Not only have producers influenced the scenes shown on the series but cast members allege some of the promos are outright fakes; Alla Fedoruk, for instance, came clean on Reddit about just how staged some of the promos and storylines are. She famously threw a chair for a promotional shoot. She says TLC made her "fake" the outburst. The footage was never used in the show because the producers never came up with a story behind her actions. Fans even noticed scenes from previews never actually happened in the show itself. Could it be that this isn't the first promo that's been totally staged?