« 20 Things Wrong With The Big Bang Theory Everyone Chooses To Ignore
Skyrim: 20 Wild Things That Happened Between Oblivion And Skyrim »

A Dog’s Way Home Review: More Manipulative Than a Box Full of Puppies 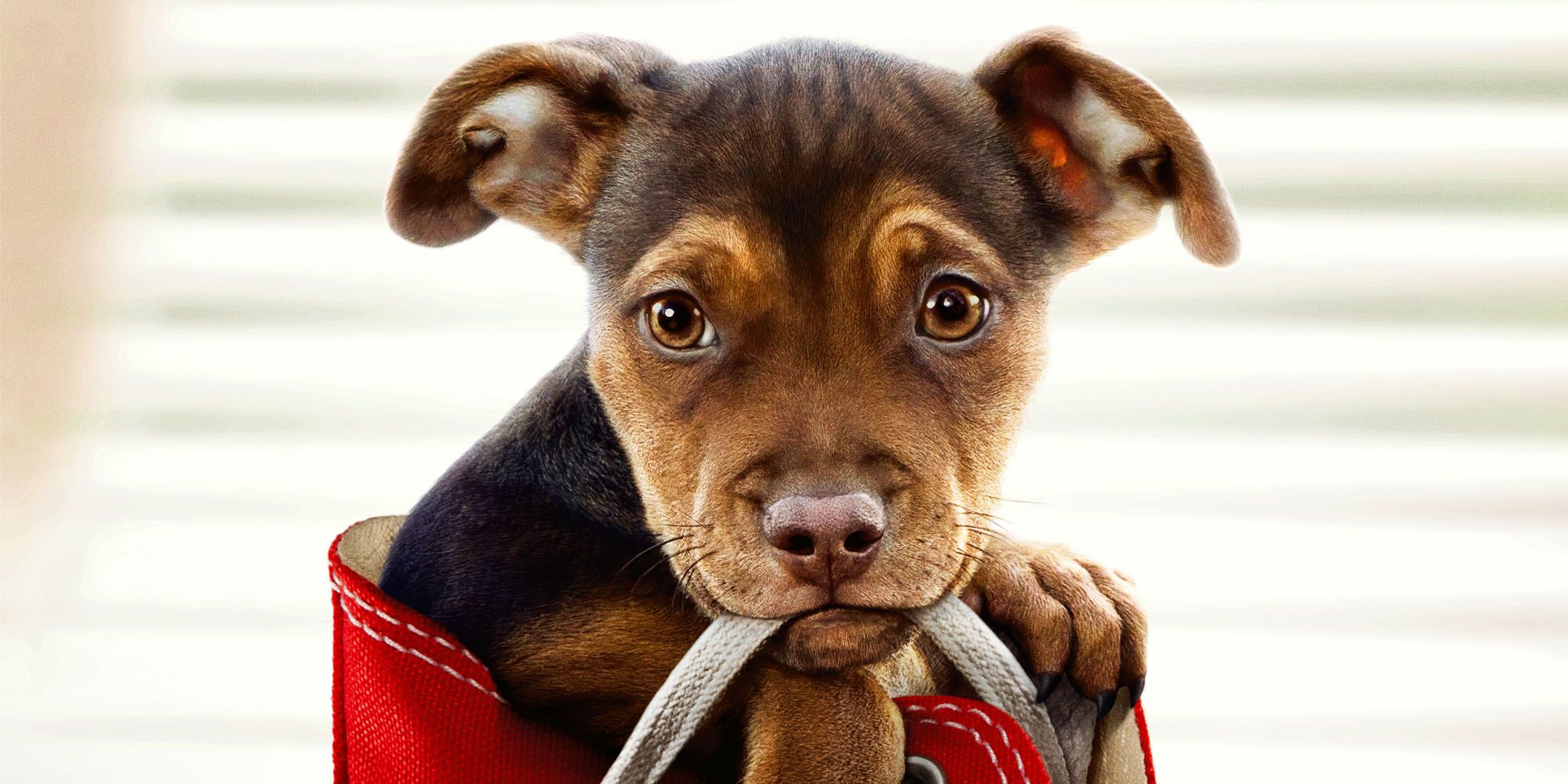 A Dog's Way Home is a fine family-friendly adventure about man's best friend, hitting the same emotional chords as (better) movies that came before.

A Dog's Way Home, like 2017's A Dog's Purpose before it, is based on the same-named novel by W. Bruce Cameron. Released in 2012, A Dog's Way Home features a straightforward narrative about a lost dog finding her way home. This type of storyline has been explored on the big screen before, perhaps most notably in Homeward Bound: The Incredible Journey (itself adapted from the novel The Incredible Journey written by Sheila Burnford). A Dog's Way Home is a fine family-friendly adventure about man's best friend, hitting the same emotional chords as (better) movies that came before.

A Dog's Way Home tells the story of Bella (voiced by Bryce Dallas Howard), a part pit bull puppy who's born underneath a mostly demolished house in the suburbs of Denver, Colorado. She's rescued one day by a man named Lucas (Jonah Hauer-King), who raises her and trains her in various different games. Bella also bonds with Lucas's mother, Terri (Ashley Judd), an army veteran comforted by the presence of Bella. Lucas, who works at the local VA center where his mother attends therapy, brings Bella with him one day and the dog also bonds with the members of Terri's group therapy. However, when Bella is caught outside Lucas's home by a vengeful animal control officer, she's impounded and labeled a pit bull - which are banned in Denver. If Bella's caught again, Lucas is told, she'll be euthanized.

Lucas sends Bella to live with family of his friend Olivia (Alexandra Shipp) in New Mexico while he looks for a home outside the Denver city limits for himself and Bella. However, Bella is determined to find her own way back to Lucas and one day escapes from the house in New Mexico, heading home to Denver. The 400-mile journey takes Bella through the Rocky mountains as she travels from New Mexico to Colorado. She's confronted with many dangerous situations, but she also meets a number of human and animal friends along the way, including a young orphaned bobcat that Bella takes under her wing. Despite the challenges and temptations of staying in one place along her route, though, Bella remains determined to find her way back to Lucas - to find her way home.

A Dog's Way Home is adapted to film by Cameron and writer Cathryn Michon, and directed by Charles Martin Smith (The Untouchables, Dolphin Tale). The direction by Smith is perfectly fine in the film, keeping the focus on Bella and her experiences throughout her journey. Where the movie struggles the most, at least in terms of visuals, is in the CGI-heavy moments, of which there are a few since CGI is used to bring the young bobcat to life, along with the more dangerous moments of the movie. The CGI doesn't blend too seamlessly into the film and it's enough to take the viewer out of it altogether. Perhaps the saving grace of this, though, is that viewers can be assured no animals were ever in danger throughout the filming process (A Dog's Purpose was plagued by animal abuse accusations shortly before its release, though an investigation found no wrongdoing on the film's part). Still, there's little enough CGI in A Dog's Way Home that it's not a huge problem if the CGI isn't well blended with the realism of the movie.

A Dog's Way Home also struggles to deftly tread the line between heartwarming and emotionally manipulative story beats. The themes concerning veterans, particularly the comfort veterans can receive from dogs, as well as the dangers of breed-specific legislation like bans on pit bulls, are interesting ideas to be included in A Dog's Way Home. However, since A Dog's Way Home is told largely from Bella's perspective, these things go over her head for the most part. To be sure, Bella also offers a unique perspective into these issues as she can sense the sadness of the veterans and that her presence gives them comfort, and she's sent away by Lucas to avoid Denver's pit bull ban - which incites the main journey of the film. But, once Bella runs away on her quest to go home, the movie mostly abandons these themes. As a result, they're underdeveloped. At worst, these aspects of the movie come off as cheap ploys to emotionally manipulate the audience; at best, they offer some educational value, teaching unaware audience members about breed-specific legislation and the benefits of dogs to veterans.

In terms of the performances, Howard does much of the heavy lifting by being tasked with bringing Bella to life. The actress nails the overeager, excitable voice that we no doubt expect a puppy/young dog to have. There are moments when the dialogue, however, can't be rescued no matter how good the performance. In those moments, Howard's earnest performance crosses the line into laugh-out-loud cheesy and it's painfully obvious the audience should not be laughing at some of those emotionally fraught moments. As for the human characters, Hauer-King is charming and likable enough as Lucas, while Judd attempts to bring some depth to her character despite very little screen time. Unfortunately, since A Dog's Way Home is ultimately Bella's story, the human characters are largely viewed through her perspective and they're one-note because of it.

Ultimately, A Dog's Way Home is an enjoyable enough experience. It isn't necessarily an instant classic and if you compare it to similar movies that came before, you'll no doubt find it lacking. Certainly, the emotional manipulation of the storyline is obvious to the point that viewers can likely predict when the tears will come - though, to the movie's credit, the tears will come, so it's successful in its manipulation. Further, there aren't really any stakes to Bella's journey. From the beginning of the movie, though bad things happen, A Dog's Way Home has the shiny veneer of a film that only explores darker elements in the most superficial way. A Dog's Way Home hits all the beats viewers would expect from a movie about a dog finding her way home, but does little to elevate the story beyond what's expected.

Altogether, A Dog's Way Home is a fine way watch for dog lovers, or families needing to get out of the dreary January weather. It's by no means poised to be a classic in the vein of Homeward Bound, nor does it necessarily warrant a trip to the movie theater. But for those looking for something to see amid the desolate release landscape of January, A Dog's Way Home is enjoyable and decently entertaining - as long as viewers aren't bothered by the blatant emotional manipulation of the contrived story.

A Dog's Way Home is now playing in U.S. theaters nationwide. It is 96 minutes long and rated PG for thematic elements, some peril and language.

This entry was posted by Screen Rant on January 11, 2019 at 4:01 am, and is filed under TV News. Follow any responses to this post through RSS 2.0. You can skip to the end and leave a response. Pinging is currently not allowed.