A Series Of Unfortunate Events: 10 Differences Between The Books And TV Series 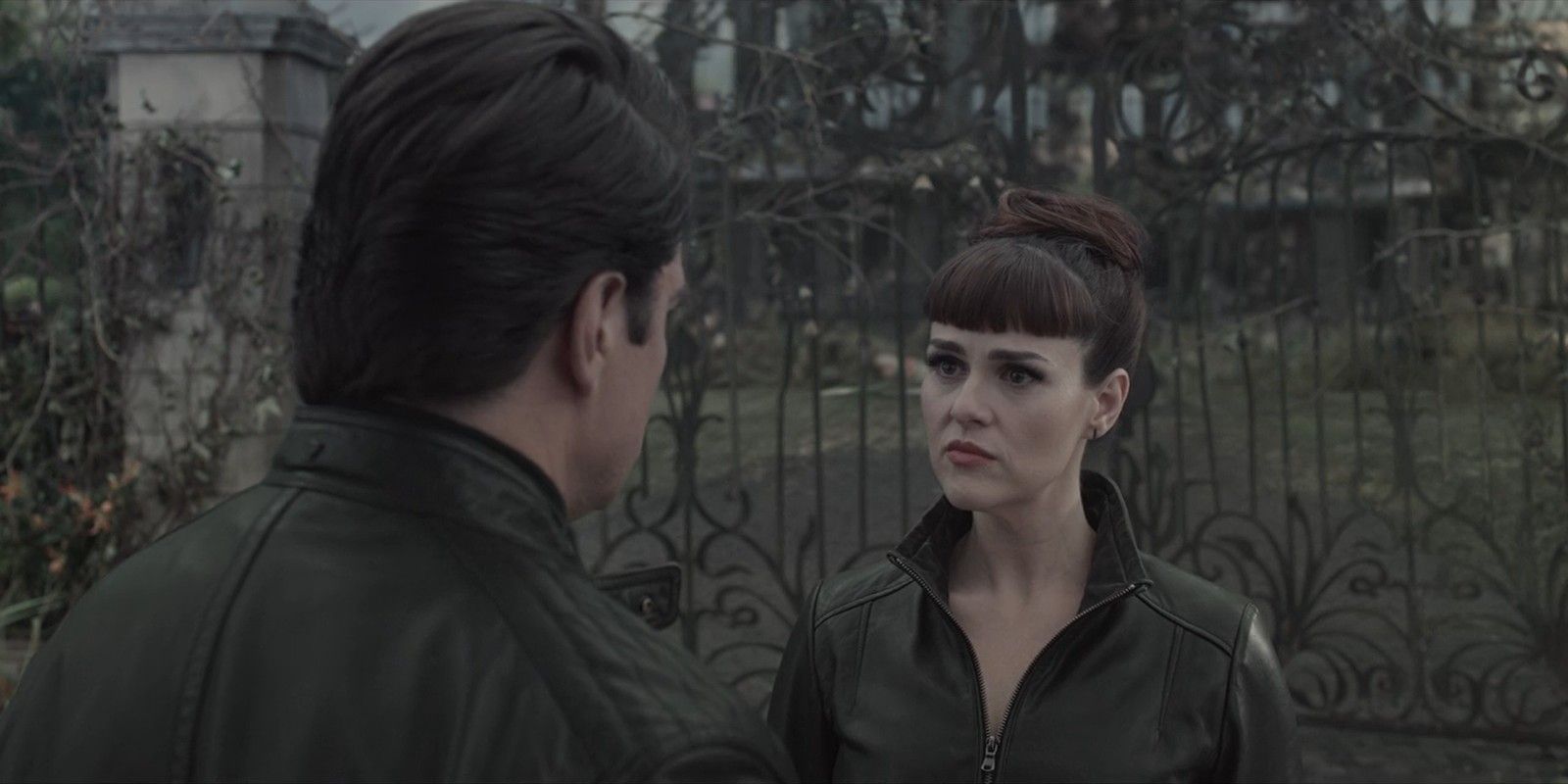 Comprised of 13 books, A Series of Unfortunate Events is filled to the brim with fine details and compelling backstories, not only of the Baudelaire orphans but also Lemony Snicket, the V.F.D, and the infamous sugar bowl.

With so much information, its no wonder that the 2004 film could only include material from the first three books. With the series' revival as a Netflix show come 25 content-rich episodes for viewers to sink their teeth into. In many respects, the TV show has provided even more content than the books. Lets look at some of the things that the critically-acclaimed series did differently to the books.

RELATED: A Series of Unfortunate Events Season 3 Trailer: The Beginning Of Misfortune’s End

We also receive far more insight into Lemony's history as a V.F.D. volunteer, and the reason why he has taken it upon himself to document the lives of the Baudelaires. Furthermore, we observe some of his interactions with other V.F.D volunteers during flashbacks, such as his brother Jacques and Beatrice Baudelaire.

RELATED: MBTI® Of A Series Of Unfortunate Events Characters

9. Beatrice Baudelaire Has A Speaking Role

Not only is the Baudelaire's mother featured in numerous flashbacks in the show, but she also received a speaking role during the flashback of the night at the opera. Played by Morena Baccarin, she sings on stage and then proceeds to join Lemony, Kit, Esme, and Olaf in their theatre box.

Once the subsequent quarrel ensues, viewers get a glimpse into Lemony and Beatrice's romance, which includes the pair professing their love for one another as well as the two lovers hastily sharing a kiss before Lemony hops into Jacques' taxi to escape.

8. Jacques Snicket Is A Recurring Character

Rather than only appearing in The Vile Village as he did in the books, Jacques appeared in numerous episodes of the TV Show as an esteemed V.F.D volunteer. Typically responding to calls from Jacqueline, Jacques would drive his taxi to the location of whoever required assistance.

He also appears in emotionally charged scenes in the show, such as the one where Lemony laments over how he wishes he could speak to Jacques again. And let's not forget the one where he shared a passionate kiss with Olivia.

This V.F.D. volunteer appears in episodes The Wide Window, The Ersatz Elevator, and The Penultimate Peril. He's typically disguised as (you guessed it) a waiter and attempts to convey messages to the Baudelaires as well as get them out of sticky situations.

In The Austere Academy, he is tasked with delivering The Incomplete History of Secret Organisations to the Baudelaires and infiltrates Prufrock Prep by working in the cafeteria. He is also seen in a flashback of the opening of the new V.F.D. headquarters.

6. Jaqueline Was Made For The TV Series

While absent from the books, Jaqueline was a crucial character in the TV show. A courageous V.F.D. member, she worked undercover as Mr. Poe's secretary and used this position to gather information about the Baudelaires' wellbeing, as well as send other volunteers to aid them when necessary.

Disguised as a statue in the hedge maze on Montgomery's estate, Jacqueline was the one who told the Baudelaires to seek out Aunt Josephine and promised Klaus to return his spyglass once she found it.

While only appearing in the Carnivorous Carnival as a somewhat naive person in the books, she has a far more involved role in the show and comes across as far more worldly. She first meets the Baudelaires during her time as a librarian at Prufrock Prep. and does her utmost to assist them and the Quagmires whenever they need help.

After picking up a copy of The Incomplete History of Secret Organisations, she learns the full scope of the Baudelaires' issues and tells Mr. Poe about how unfairly they have been treated. Jacqueline overhears this conversation and notifies Jacque, who later enlists Olivia into the V.F.D. Olivia's V.F.D. activities include attempting to rescue the Quagmires, tracking down the Baudelaires in The Vile Village, and playing the rotating role of Madame Lulu.

Throughout the show's first season, viewers were treated to cameos of two parents who. While initially trapped in a van, they carry out a series of heroic acts as a means of finding a way home to their children.

While Will Arnett and Cobie Smulders play the part convincingly, this narrative only gives viewers false hope. After all, these parents are later shown to be the parents of the Quagmire triplets and not the Baudelaire children. This subplot is absent from the books entirely.

RELATED: Will There Be A Series Of Unfortunate Events Season 4?

3. The Sebald Code Is Decoded Differently

In the books, use of the Sebald Code is signaled either by ringing or mentioning the ringing of a bell. In the series, Sebald Code is deciphered through the use of a V.F.D. spyglass.

An example of this occurred in The Reptile Room when Uncle Monty took the Baudelaires to the movies. The film, titled Zombies in the Snow, was produced by members of the V.F.D. and was written in Sebald Code. The film contained subtitles—which Monty used the Spyglass to read—thus deciphering the message telling him to take the children to Peru.

2. The Sugar Bowl's Contents Are Revealed

In the books, while the importance of the sugar bowl is emphasized, it is never actually revealed what is inside it. In the series, however, Kit Snicket reveals its contents to the Baudelaires in the series finale.

She explains that it contains a sugar and horseradish hybrid that will make anyone who consumes it immune to the Medusoid Mycelium. This explains why she went through such great lengths to maintain possession of the sugar bowl.

In the books, Quigley Quagmire is reunited with his siblings in the hot air balloon. However, eagles pop the hot air balloon and they crash into the sea. They're eventually swallowed up by the great unknown. Fernald, Fiona, and Captain Widdershins all join them in the Great Unknown, meaning that their fates were left unknown to readers.

The TV Show, on the other hand, reveals all of these characters' fates to viewers. Fernald and Fiona, after escaping from Olaf, sail the sea in search of their stepfather, who eventually finds them. Quigley, though, is reunited with his siblings, implying that they are safe. Beatrice Baudelaire II meets with Lemony Snicket which shows that she is also safe. It's also implied that the Baudelaires made it back to the mainland and raised her.

NEXT: Here Are The Best TV Shows And Movies Coming To Netflix In January 2019