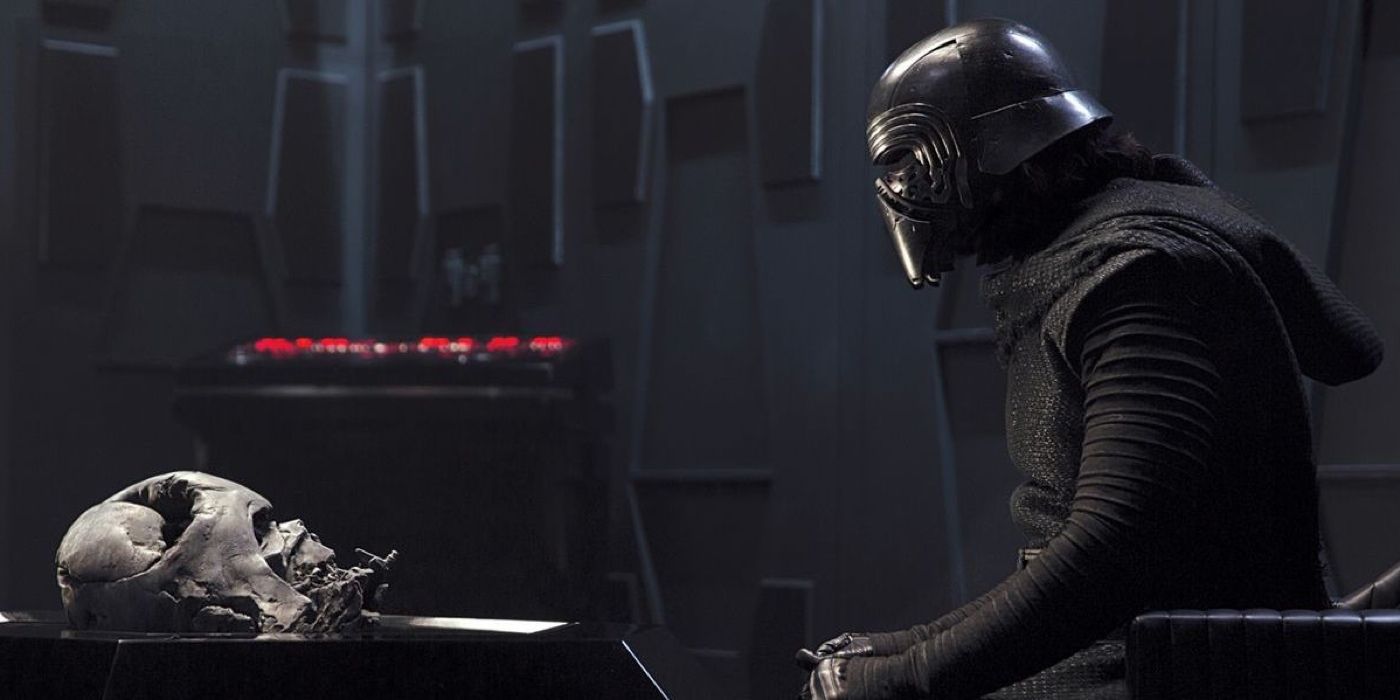 Adam Driver reveals he's known where Kylo Ren's story was heading and used that information as a guide as he now acts in Star Wars: Episode IX. While the franchise's two spinoff movies indicate otherwise, Lucasfilm does try to give their directors some semblance of creative freedom while working on their movies. J.J. Abrams stated his only mandate on The Force Awakens was to craft a movie that would delight viewers, and Rian Johnson was pleasantly surprised when the studio didn't supply him with a list of pre-arranged plot points for The Last Jedi. Some viewers have criticized Lucasfilm for not having a plan in place, but it's worth remembering the original trilogy was created on the fly as well.

Of course, Lucasfilm brass needs to sign off on storytelling choices, but they essentially gave Abrams and Johnson a blank canvas on which to paint with in regards to the sequel trilogy. This ensures the films maintain a bit of a personal touch even as they're produced and distributed by a major corporation. But for all the talk about autonomy and leeway, it appears Lucasfilm did in fact have some idea of where things were going during the earliest days of Force Awakens development.

Speaking with Deadline as he continues to garner awards buzz for his role in Spike Lee's BlacKkKlansman, Driver spoke briefly about Star Wars and teased at a Kylo Ren endgame that's been in place for years:

"With Star Wars, I had one piece of information of where it was all going, and that’s where it has been in my head for a long time, and things were building towards that. It feels very theatrical, if anything. Because in the plays that I’ve done, a six-month run, on the very last day, you finally feel like, “Oh, now I have a better understanding of what it is that I want to do. I wish we could do this all over again.” Working on a play, the questions you can ask yourself are infinite, and that’s what’s torturous about film sometimes – you only have one shot to get it right. And you can do a lot of takes, but we’re not all going to get back together again and do this. But for something you’re doing for six years, you still have a chance to go back and make something a little bit more articulated."

Driver doesn't reveal who exactly told him this "piece of information," but it's still a fascinating tidbit to analyze. It's worth remembering Abrams wrote initial drafts for Episode VIII and Episode IX, so it's quite possible during his initial meetings with Driver about the Kylo Ren role, the director laid out his vision for the character. How much of that remains in place is another matter altogether. Last year, Daisy Ridley suggested Johnson "didn't keep anything" from Episode VIII's original draft (though she's not 100 percent sure), meaning things might have changed over time as Johnson worked on The Last Jedi script. That being said, if Driver has kept the information in his head for a while now, it stands reason to believe it's pertinent and/or relevant to what's going on in Episode IX.

With Abrams back at the helm for the trilogy's finale, there's a good chance he'll try to incorporate his earliest ideas should they fit. He's already (potentially) reviving a deleted Force Awakens subplot by including old footage of the late Carrie Fisher from the previous two movies. Of course, it isn't publicly known what he had in mind for Kylo Ren all those years ago, so it'll be interesting to see what transpires in Episode IX. The Last Jedi saw Kylo further descend in the dark side by murdering Supreme Leader Snoke and appointing himself as the First Order's new ruler, implying redemption isn't in the cards. Perhaps Abrams was always envisioning a tragic direction (after all, he loved Johnson's Last Jedi pitch) and that's what drew Driver to star in a trio of blockbuster movies.

More: 2019 Will Be The Biggest Year for Star Wars