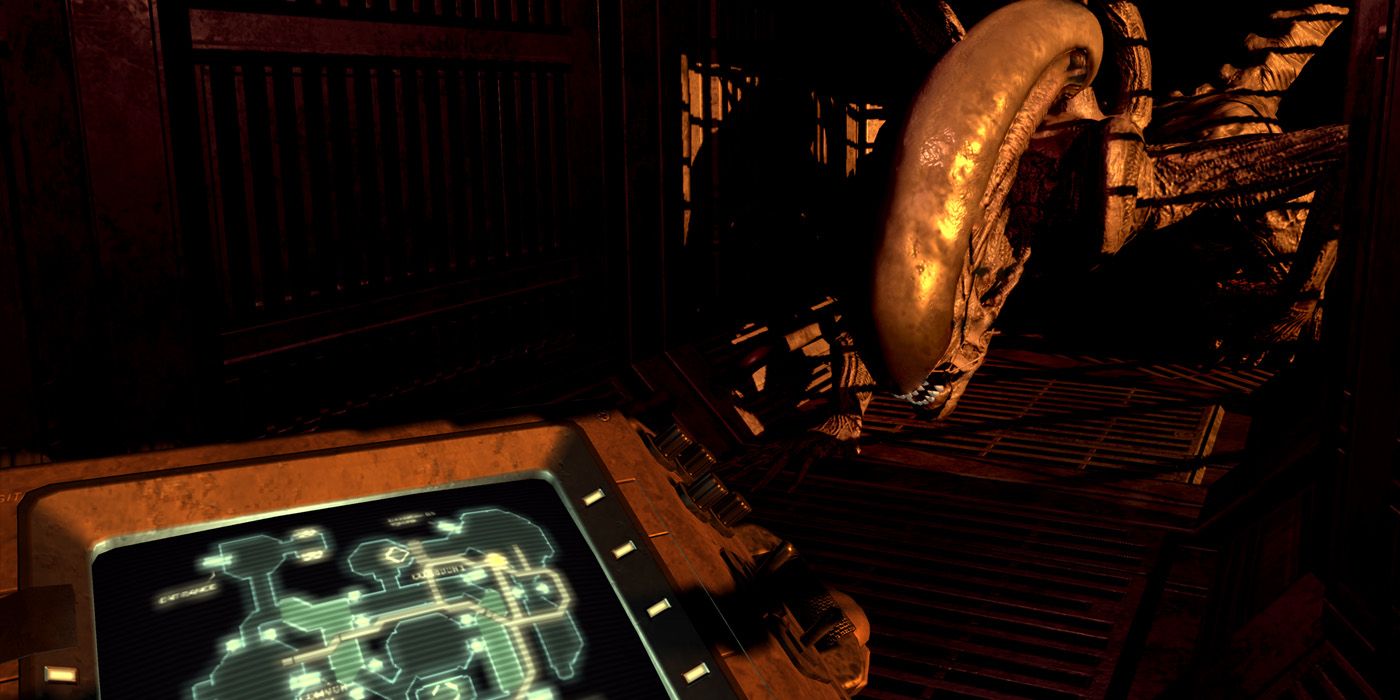 FoxNext and D3 Go! never intended for Alien: Blackout to be a standard mobile game. Although it isn't the follow-up to Alien: Isolation that many players are waiting for, it still has its merits. Speculation began to form around the game back in 2018 when 20th Century Fox trademarked the title. Fox then started teasing the title but waited several months to announce the game.

Fox disappointed many fans by announcing that Alien: Blackout is a mobile game. In Alien: Blackout, players take on the role of Amanda Ripley, the daughter of Ellen Ripley. It seems that like her mother, Amanda has a problem with aliens. She ends up stranded in a vent on a spaceship, one of five survivors of an attack. From that vent, Amanda must access the ship's cameras and help guide the other four survivors through various levels of the spaceship so they can escape certain doom. She must also protect herself by listening for the alien's approach through the vents toward her hiding spot.

Related: The Alien Prequels Are Better Than The Predator

Alien: Blackout has a setting that fans of the franchise will love. The graphics are also good: every aesthetic from the Alien movies is here, including the familiar computer interfaces, the design of the ship and the look of the xenomorph. This game also features incredible sound taken straight out of the movies, lending to the atmosphere that an alien could be breathing over someone's shoulder at any minute. And sound is especially important because it serves as a cue when an alien is approaching. This is why it is highly recommended to use headphones when playing Alien: Blackout.

Alien: Blackout features seven levels, each with increasing difficulty. The goal of each level is to keep the crew members alive, by directing them where to go, cutting off the alien's path by closing doors throughout the ship and telling them when to hide and when to run. Controls for each of these are straightforward: click on a dot representing a crew member and a pop-up appears to tell them what to do. Drag a line on the map to tell a crew member where to go. Tap on entryways with doors to open and close them.

There are several ways to detect aliens throughout the station: fixed cameras in various rooms, an occasional red dot that usually shows up too late to do anything about it, and sound. Managing four crew members while making sure that Amanda listens for an approaching alien near her can quickly become overwhelming, and each level is more challenging than the previous one. The cameras are mostly useless unless players like to watch xenomorphs creeping around the ship. More frustrating is that the sounds of the alien and red dot usually don't show up until the alien is right on top of someone. There is also an issue with power - where the game gets its title - with each level only lasting eight minutes before the "blackout" starts and it's game over. The ship also blacks out when Amanda shuts the vents next to her to protect herself from attack.

What sets Alien: Blackout apart from other mobile games, though, is that there are no microtransactions. Instead, the premium game costs $4.99. But that also means that the game is contained and has little replay value. The only replay that happens is when all crew members, or Amanda, die, meaning that the player must go back to the beginning of that level and try again, which gets monotonous.

In spite of this monotony and frustrating moments trying to respond to a xenomorph's presence quickly, Alien: Blackout does have its moments, mostly in the tension build up that happens when the clock is ticking, and no one knows where an alien will pop up next. There is also the added challenge of trying to figure out how to get through each level with everyone alive, but the good news is that only one crew member needs to survive each level to proceed.

Alien: Blackout is far from perfect and is certainly not the Alien: Isolation sequel fans wanted, but it's still a fun entry into the franchise that should keep players entertained until the multiplayer Alien shooter arrives from Fox Next's Cold Iron Studios.

Alien: Blackout is available now on iOS and Android. Screen Rant was provided a copy for Android for the purposes of this review.