Another Hint At Death Stranding Releasing In 2019 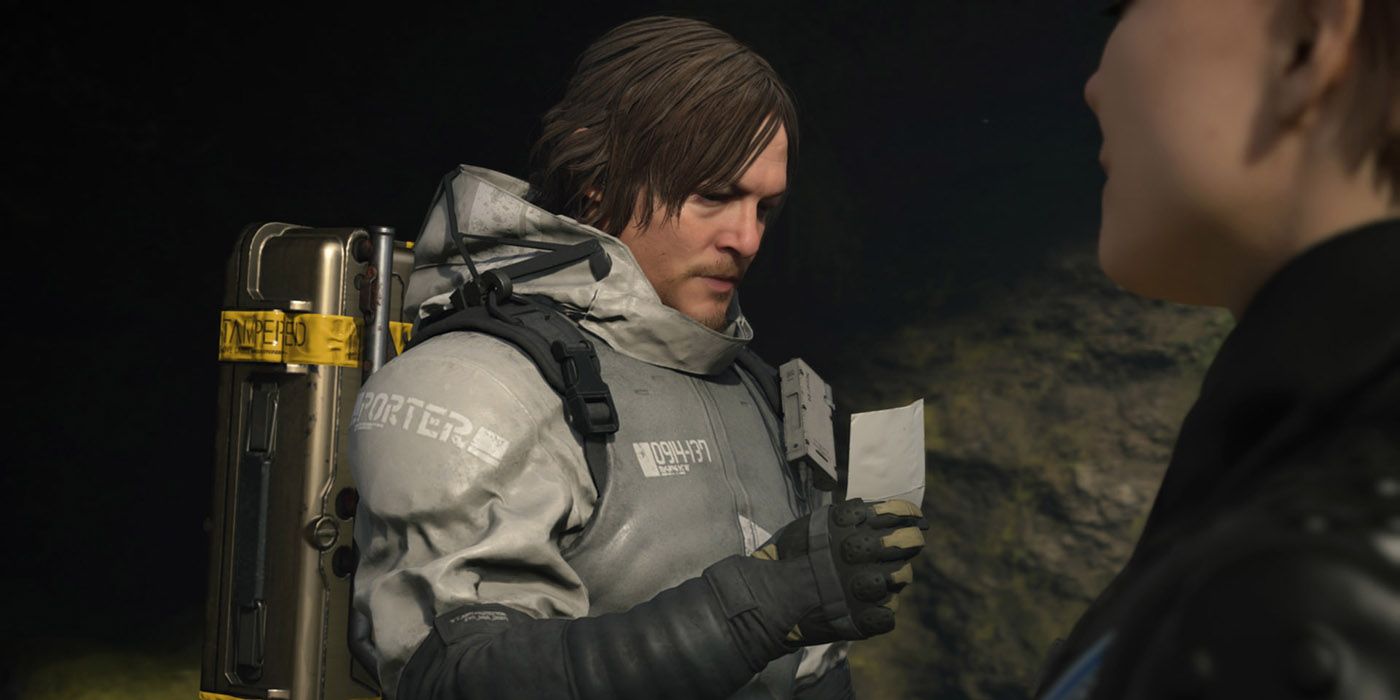 Death Stranding voice actor Troy Baker drops a strong hint the game is being released in 2019. Death Stranding is the first game from director Hideo Kojima since Metal Gear Solid V: The Phantom Pain, which marked his final involvement with the series. Kojima had a well-published falling out with longtime publisher Konami during The Phantom Pain’s development, leading to him departing the company when the game was completed. This also led to the cancellation of Silent Hills, a new entry in the famous survival horror series he was working on with Guillermo del Toro and Norman Reedus.

A demo dubbed P.T. was released to tease Silent Hills prior to the project being cancelled, and that playable teaser by itself is considered one of the best horror games of the last decade. Kojima was soon snapped up by Sony following his Konami exit and set to work on a new PlayStation 4 exclusive called Death Stranding. Little is known about the actual story of the game, which promises to be very odd based on various gameplay trailers. The title also reunites him with Reedus and del Toro, in addition to featuring Mads Mikkelsen and Lea Seydoux.

There’s still no concrete release date for Death Stranding, but Kojima recently hinted at a 2019 release. Now prolific voice actor Troy Baker has dropped another clue on Twitter in the form of the 2009 vs. 2019 challenge. He posted two pictures, one of his character Snow from 2009’s Final Fantasy XIII and another of his Death Stranding role The Man in the Golden Mask. While the latter is the 2019 entry, he adds a question mark to the end.

While this could mean Baker knows Death Stranding is coming this year, the question mark could also mean that while it’s expected to land in 2019, the date could easily shift. Until a solid release date for the game is confirmed, it's healthier to take all these teases with a grain of salt. Despite the lack of details the game is highly anticipated by fans regardless, because if nothing else, a new Kojima title is anything but boring.

Given Konami’s scorched earth approach to their breakup with Kojima, it seems very unlikely he’ll ever return to the series. That said, he’s acting as something of a creative consultant on Jordan Vogt-Roberts planned Metal Gear Solid movie. He’s praised the director as the only filmmaker capable of tackling the project, and Vogt-Roberts released a ton of Metal Gear inspired artwork to the celebrate the franchise’s anniversary in 2018. Vogt-Roberts also got to see some of the motion capture being performed for Death Stranding and promises the game's cutscenes will 'melt your eyeballs.'