Aquaman Dethroned by The Upside at US Box Office 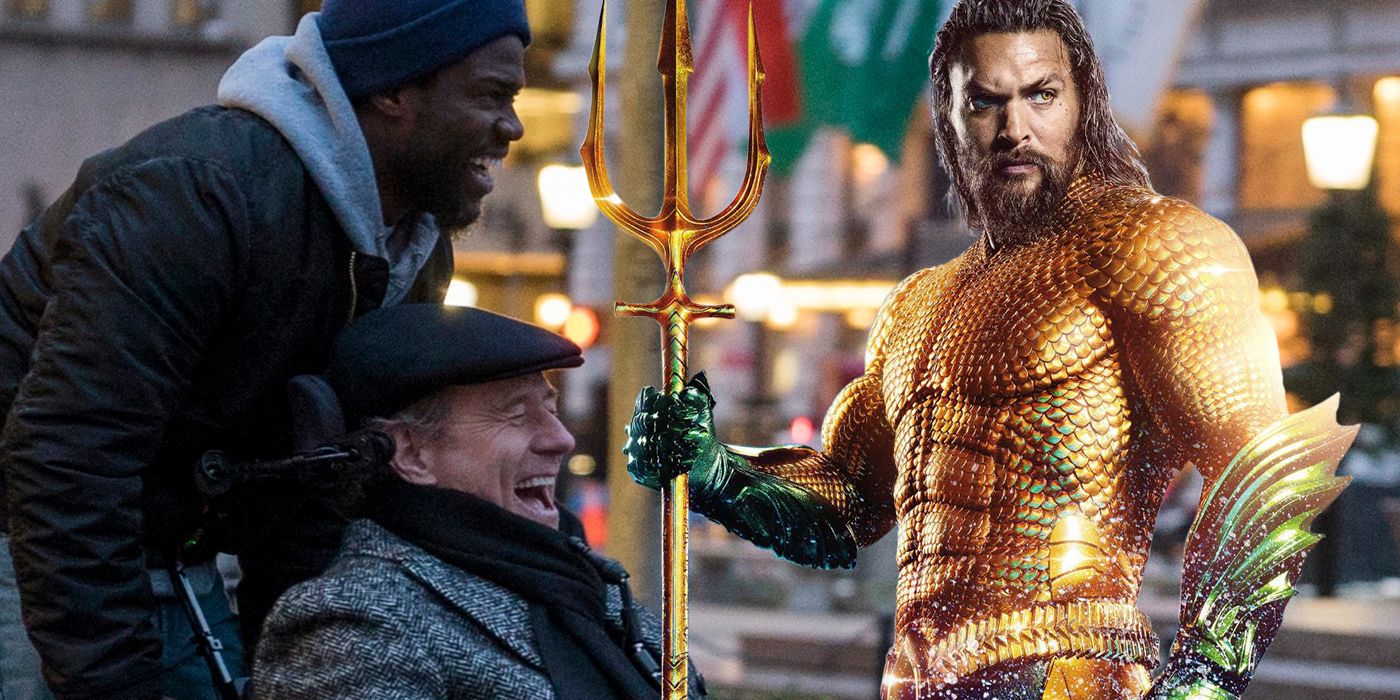 After spending its first three weekends in release atop the U.S. box office, Aquaman has finally been dethroned from its number one position domestically by one of the weekend’s new releases, STXFilm’s The Upside. Hitting theaters just a year after the Justice League was seen as a general disaster, Aquaman has already passed $1 billion at the worldwide box office and has become the new DC Extended Universe standard for commercial success.

Directed by James Wan, Aquaman explores Arthur Curry’s struggles in a post-Justice League world as he learns that he is the heir to Atlantis. Even though he is cast as an outsider, Curry must step up to the challenge to save not only his own people, but the entire world. Aquaman is driven by a star-studded cast that includes Jason Momoa as Curry, Nicole Kidman as his mother Atlanna, Willem Dafoe as his mentor/trainer Vulko, and Amber Heard as Princess Mera. The film has been lauded as visually stunning and has received relatively strong critical reception with a 64 percent critics score and 79 percent audience score on the review site Rotten Tomatoes.

Per Box Office Mojo, Aquaman has finally been unseated in its fourth frame at the U.S. box office after bringing in an estimated $17.26 million this weekend - just over $2 million less than The Upside’s $19.59 million haul. The Upside, a remake of the French film The Intouchables and starring Kevin Hart and Bryan Cranston, drastically outperformed industry expectations due, in part, to the film being recut to a PG-13 version from its original R rating. Rounding out the top five for the weekend were three films from Sony: the new release A Dog’s Way Home and holdovers Spider-Man: Into the Spider-Verse and Escape Room.

Despite scoring the lowest domestic opening weekend in the history of the DCEU, Aquaman is officially the highest-grossing movie in the extended universe at the global box office with a current total gross of $1.02 billion. (This doesn’t include Christopher Nolan’s The Dark Knight and The Dark Knight Rises entries, which both grossed over $1 billion worldwide, as they aren’t part of the DCEU.) The success is due primarily to the film’s international appeal, with 72 percent of its gross coming from overseas audiences which includes $287.3 million from China alone - compared to $287.8 million domestically.

By shortening the marketing campaign and scaling back the publicity, Aquaman helped correct the DCEU’s marketing misfires of the past to set the film up for greater commercial success. While it may not be the strongest reviewed film in the DCEU, Aquaman has now laid a roadmap for future release like Shazam! and Birds of Prey (And the Fantabulous Emancipation of One Harley Quinn) to succeed with less popular characters.

Next: The DCEU Would Have Been Better Starting With The Dark Knight