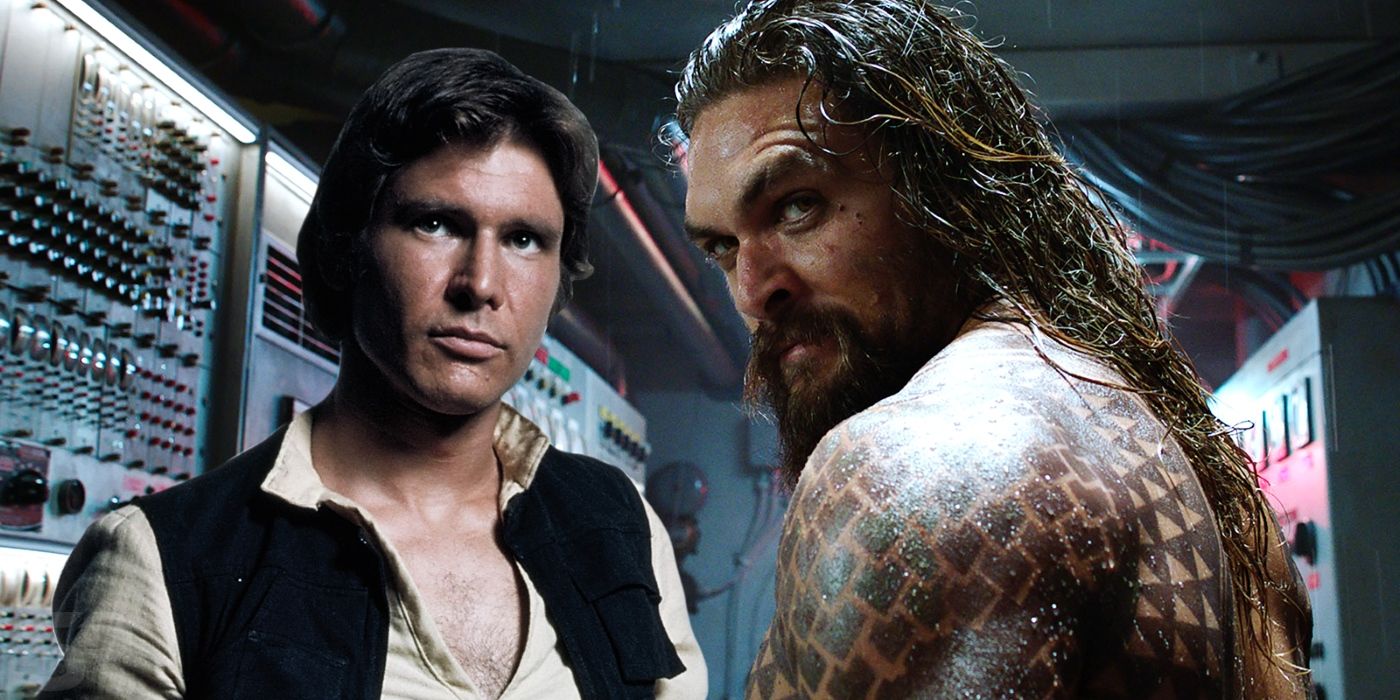 By taking the classic legend of King Arthur into the underwater Atlantis, fans might think that Aquaman most pays homage to fantasy films, and classic adventures. But that's only if you miss the special Star Wars Easter Egg helping to bring Atlantis to life.

The DCEU has been a reliable source of comic book Easter Eggs and nerd-focused callbacks, and director James Wan didn't disappoint with Aquaman. In fact, the Aquaman box office implies some fans are already re-watching the movie on Easter Egg hunts of their own. So if you're looking to catch every secret hidden by the filmmakers, this classic nod to Star Wars shouldn't be missed. Which it almost certainly will be, unless fans know where to look-- well, where to listen.

RELATED: Every Easter Egg You Missed in Aquaman

When it comes to the most beloved movies paid homage to by generations of filmmakers, the Star Wars and the Indiana Jones movies get much of the love (and the honors are deserved). But it's the audio Easter Eggs that are harder to catch by general audiences. And no, we're not referring to the 'Wilhelm Scream,' which even Star Wars has given up. We're referring to the sound effect created for the galaxy far, far away which came to define the Millennium Falcon, and its tendency to fail at the most inopportune moments.

The sound effect is the 'Hyperdrive Failure,' with its most prominent feature being the mechanical winding up/down sound of the inertia starter from a 1928 U.S. Army biplane. The sound effect (first slow, then faster) has found its way into dozens of films and TV shows officially, and likely countless more unofficially. It's used in the airplane escape of Raiders of the Lost Ark, Jumanji: Welcome to the Jungle, right up to Star Wars: The Force Awakens. And thanks to the sound department that brought Aquaman's underwater environments to life, the origin story of Arthur Curry can be added to the list.

To catch the aural homage, fans need only pay close attention to the sequence following Arthur and Orm's gladiator match, as Mera tries to outrun the Atlantean pursuit vehicles in a race to the limits of Atlantis. It's a storm of visual and audio effects, with the water-based vehicles, their engines, and weapons, and Arthur's panicked shrieking. In case any have trouble calling the sound to mind, check out Empire Strikes Back sound designer Ben Burtt breaking it down below:

But when Mera finally manages to dodge incoming attacks - and see them critically damage other Atlantean ships, instead - the sound of the ships's engines failing and falling off from the chase are unmistakable. The same sound effect seems to be buried in the explosion that cripple Mera's ship as well, but it's most recognizable the first time around. Director James Wan already told us that Aquaman was based on classic adventure movies, but it seems that his sound team was just as inspired by the works of George Lucas and Steven Spielberg, too.

Here's hoping they get more credit than Aquaman's visual effects team, at the very least.