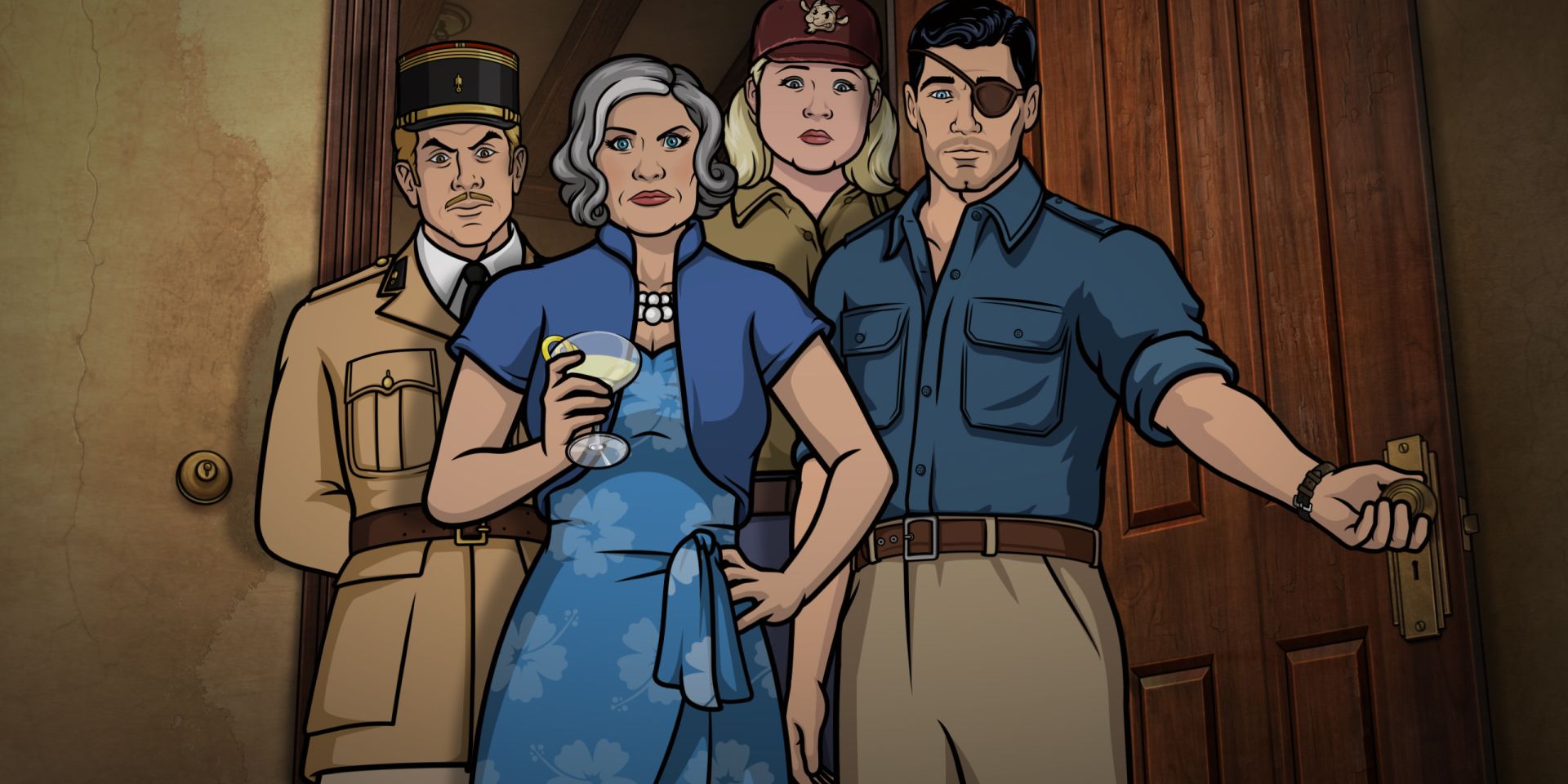 When it comes to animated comedies, you don't get much better than Archer. There are a lot of funny moments on the spy-series-turned-crime-series-turned-noir-series-turned... well, you get the picture. And probably the biggest reason for that comedy is the strangeness of characters the show contains. From Archer's tough-as-nails colleague Pam to his mother, the show that shares his name has quite the eccentric ensemble. However, even the weirdest, funniest of characters can't escape the Myers-Briggs® Personality test, which is why we've decided to apply it to the Archer cast. You're about to enter the danger zone, because here come the Archer Characters By Myers-Briggs® Personality Type.

For a guy who’s been mostly dead a couple times, Barry is pretty upbeat. The psycho cyborg and rival to Archer is a special kind of evil, a grinning goon who delights in everything he does, even the really bad stuff. Not all ESFPs are like that, but it’s ESFP qualities that are on display when Barry’s being his most honest self. Not only are ESFPs upbeat like him, they also share his adaptability to any situation. They can change to fit the moment, and usually get the most joy out of how they interact with people. In Barry’s case, he gets joy out of some pretty messed up interactions, but he’s a true extrovert all the same.

Cyril’s character is pretty obnoxious, and no offense to other INFPs, but it’s the qualities they share that make him so. Cyril is sensitive to an absurd degree. Unlike the rest of the Archer cast, he takes offense to personal jabs from the people around him. He also has a difficulty committing to things in which he doesn’t find personal value, whether that’s his job, his relationship with Lana, or even his personality. One positive thing about Cyril and other INFPs, though, is that they tend to be realistic. If only he wasn’t just so damn annoying about it...

ENTPs are always up for a new adventure, and that can mean switching loyalties if need be. That describes Archer’s one-time fiancé to a T. Katya goes from the KGB to US Intelligence, from Archer to Barry in terms of relationships. She wants to find fun and challenges in life, and that means not locking herself down to another person or organization. Plus, ENTPs are comfortable taking risks to achieve their goals, and that’s certainly true of a person who is mostly robot parts at this point.

If you’re looking for an ISTJ in a piece of fiction, odds are that you should look for a scientist. ISTJs are typically very analytical. They approach life through a series of fact-collections and applications of logic. Because of this, ISTJs can slip into a kind of detached way of looking at people. They treat them as problems to solve rather than relationships to explore. Dr. Krueger fits this bill pretty well, from his general sense of awkwardness around his coworkers to the cold, basically evil experiments he’s willing to attempt on other people. Or, more accurately, on other people-goat combinations.

ESTJs are never afraid to speak their minds. Heck, they can even be kind of rude about it, coming off as overly snarky or insensitive. And though we love him, this is true or Ray Gillette. Like other ESTJs, Ray will tell people exactly what’s wrong with a situation. In his firmly-held opinion, at least. Also like other ESTJs, Ray appreciates feeling comfortable with his circumstances. He’s fine with keeping things how they are, so long as they’re firmly inside his comfort zone. For all his complaining, Ray might be one of the most rational people on this list, frequently choosing the safe option over the gutsy one. Also on this page, Ray is only the third most mechanical, which is pretty impressive on a list for this show.

In season five of Archer, Cheryl Tunt becomes a country music star. That fits right in with her status as an ESTP, as ESTPs are drawn to performance, especially to music. ESTPs also can be spontaneous, a characteristic that Cheryl displays to an almost erratic degree. Above all, ESTPs are true to themselves. They’re free spirits who delight in the things that bring them personal meaning, and that’s a quality to be admired. Hopefully, the things that bring you meaning aren’t the same things as those that bring meaning to Cheryl, but the point is that it’s good to be true to yourself.

Loyalty is a pretty uncommon thing to find in Archer. Except, of course, in Pam Poovey. She actually values her relationships with people and will occasionally put them above herself, which is a common trait in ISFJs. ISFJs really appreciate cohesive units, whether that’s in a family, an office full of coworkers, or just a group of friends. Also like other ISFJs, Pam takes a practical approach to problems. Not only can you count on her to have your back, you can count on her to be smart about it too. Pam is, at the end of the day, just a really good friend.

So what is she doing on this show?

With the exception of one other person on this list, Malory Archer is the most qualified person for the job she holds on Archer. As head of a spy organization, Malory's INTP qualities have taken her far in life. She is a masterful orchestrator, with a plan always up her sleeve and close to her chest. She can come up with complex plans and follow them through, usually by manipulating others to do her work for her. She's also extremely resourceful, a trait that INTPs use to high effectiveness. Just watch the episode in which Malory is kidnapped to see what we mean.

ISTPs excel at what they do. They are masters of their craft, spending their whole lives perfecting talents they feel they can use. As the best secret agent on Archer, this definitely describes Lana Kane. Lana is everything a secret agent should be. Confident, dedicated, organized. She isn't afraid to take risks but knows when it's smarter not to. Not only are these great qualities for an agent, they're all traits of an ISTP. So I guess what we're saying is, if you're an ISTP and haven't considered going into science-fiction counterintelligence, maybe run an Indeed search or two.

The only thing keeping Sterling Archer alive is the fact that he's the main character on his TV show. Otherwise, he's as dead a secret agent as there can be, all because of the unfortunate side of his ESFP traits. ESFPs don't like planning ahead, which has caused Archer to nearly lose his life a few times. They are also self-confident, which can lead to arrogance, the kind that can get a high-stakes secret agent killed. The one good thing about being an ESFP for Archer is that ESFPs are highly adaptable. And when you're fighting cyborgs, jumping out of super-sonic jets, and invading underwater spy bases, it's good to be able to roll with the punches.

Who's your favorite character on Archer? Which Myers-Briggs® personality type would you give them? Let us know in the comments section below?

NEXT: The 15 Best, Most Unforgettable Episodes Of Archer