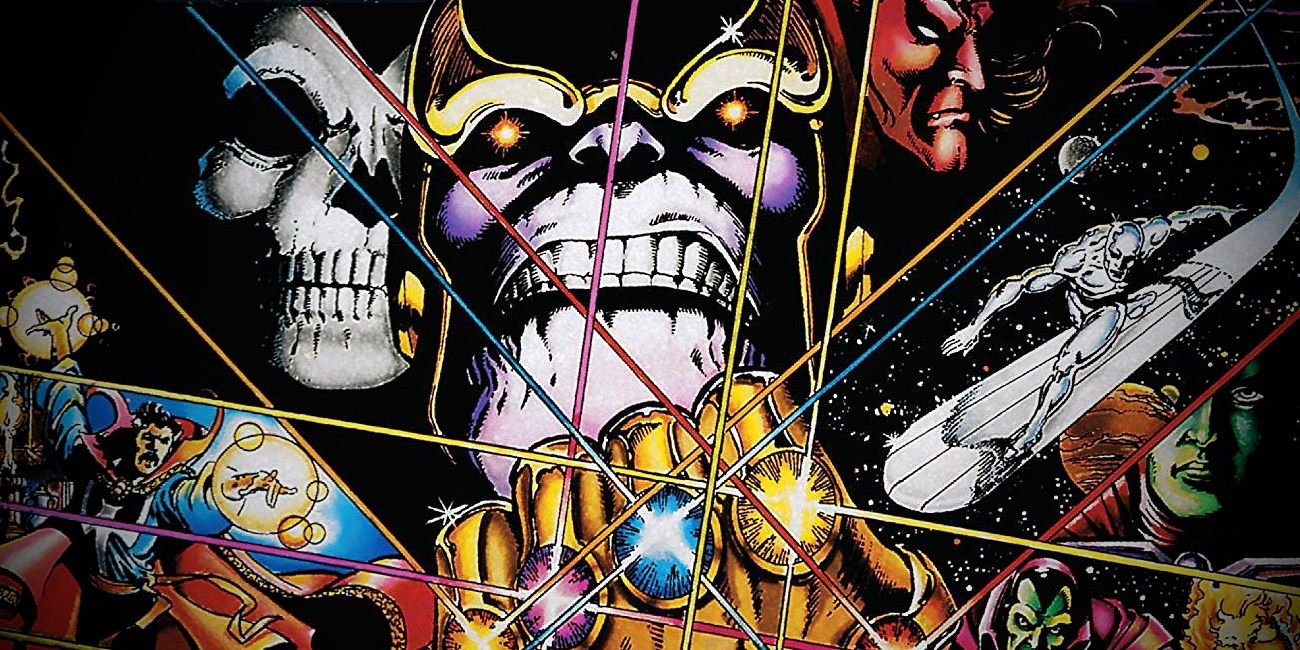 There's no beating Thanos, but his success has spread through more than just the movies. With The Avengers: Infinity War destroying the box office for more than $2 Billion globally, the popularity meant big business for Marvel Comics, as well.

Now that Diamond Distributors, Inc. have released their final direct sales data for the entire year, The Infinity Gauntlet collecting the bulk of the comic book event has officially been named the best-selling graphic novel of 2018. In the process, proving that more fans than ever were doing their homework, and getting a sneak peek at how Thanos would use the Infinity Stones in the MCU.

RELATED: How The MCU Will Look Completely Different After 2019

Since Diamond's numbers are based on product sold directly to retailers, the sales totals aren't exact. But the placement makes sense: comic book blockbusters based heavily and openly on graphic novels have regularly driven up sales of the books in question. With Infinity War smashing records in theaters, it only makes sense that it should top the graphic novel market, too. Even if Jim Starlin, George Pérez, and Ron Lim's version of the story wasn't a perfect match for the Infinity War movie - and the filmmakers made it known ahead of time.

Regardless of which version of the story fans of Thanos and the Avengers enjoyed more, it's wins all around for Marvel (claiming sales titles aside from graphic novels, as well). But Marvel claiming the top spot is also a compliment to Brian K. Vaughan and Fiona Staple' SAGA, a perennial champion in the graphic novel market. Having outsold both The Killing Joke ahead of Suicide Squad and Civil War ahead of the movie adaptation, the Image series had to take a hiatus just to give up the top spot. But a win is a win, and Marvel will surely take it all the same.

Marvel Comics finished the year as the comic book specialty market’s top publisher, leading in both Dollar and Unit Market Shares, with a 38.24% Dollar Market Share and a 40.4% Unit Market Share. Marvel Comics top comic book, Amazing Spider-Man #800, the ten-year landmark issue led by Dan Slott and Stuart Immomen, charted at #2 for the year. Overall, Marvel had seven titles in the top ten comics of the year, including the preceding Amazing Spider-Man #798 and #799, as well as Fantastic Four #1, Amazing Spider-Man #1, Return of Wolverine #1, and Venom #1. Marvel Comics also had the top graphic novel of the year with The Infinity Gauntlet, the epic crossover event from Jim Starlin, George Pérez, and Ron Lim that helped form the storyline for Marvel’s blockbuster Avenger’s Infinity War movie.

MCU fans who picked up a copy of Infinity Gauntlet can know that they helped Marvel claim the title for 2018, but their chances of repeating the feat may be decreasing after this year. Now that the studio is choosing not to adapt Marvel Comics to movies, the lines between one product and another will only get harder to draw.