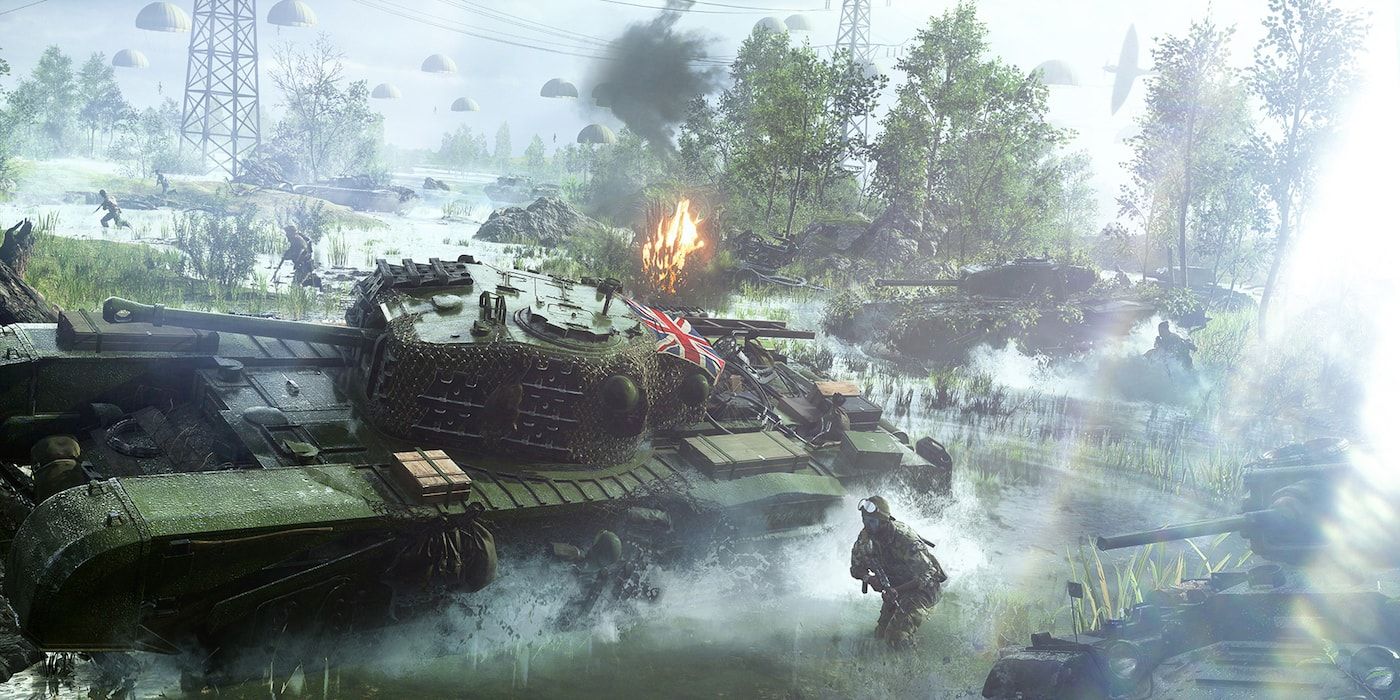 Despite a recent major update, Battlefield V's player visibility problem is still alive and well, and YouTuber Jackfrags has exposed just how difficult it is to detect other players when they don't want to be seen. The game's second free expansion, Chapter 2: Lighting Strikes, addressed some of the game's most egregious gameplay issues, but Battlefield V's hardcore approach to player visibility continues to provide a steady source of community frustration.

Shortly after its November 2018 launch, Battlefield V has earned a reputation for its ability to incite considerable backlash within its player base. The most explosive reaction was sparked when developer DICE attempted to amend the game's intentionally low time-to-kill (TTK) to be more forgiving, much as it had been in previous franchise titles. After a period of intense outrage, DICE rolled the TTK change back to its launch state. Because of this and other incidents, such as the missteps taken with the game's Company Coins, Battlefield V has suffered some sizable hits to its player count, and the last thing DICE needs on its hands is more negative community sentiment in regard to the game's persistent struggle with player visibility.

Luckily, DICE can save themselves the time of looking deeper into the issue, as gaming YouTuber Jackfrags has conducted an experiment of his own in a recent video. Playing on public Battlefield V servers on a fresh account with nothing but each nations' default camouflage equipped, Jackfrags hides in various places on the game's two maps most guilty of hampering player's ability to see enemies, Devastation and Fjell 652. Though some of his hiding spots are more clever than others, the video mostly consists of his character lying prone more or less out in the open. Surprisingly, most of the time the tactic works quite fantastically, with Devastation's dark, rubble-strewn corridors and Fjell 652's jagged, snow-covered rocks allowing his character to vanish right before enemies' eyes, especially when lying on his back and staying still.

At the conclusion of the comical experiment, Jackfrags lends DICE his ruminations on the matter of player visibility in light of his findings. Whereas Battlefield 1 and other series releases before it offered players lenient 3D spotting systems that bathed enemy players in red light and placed handy markers over their heads, DICE opted to do away with this in Battlefield V in an attempt to increase players' ability to immerse themselves in the action. Jackfrags takes no issue with this change and says it's is a "more hardcore mechanic that's functioning as intended" and that he's "cool with that." However, he recognizes that "the contrast between the players and the environments could be improved a lot" and ends with the following suggestion:

"So perhaps look at slightly increasing that fake glow that [DICE] added around the characters before launch...but you don't want it to get to a point where people have red outlines again. So it's a very tricky, spinning ball to balance, and I suppose that just testing a few things and seeing how they're received is the best thing you can do."

Battlefield V is by no measure a bad game, but it is an online shooter that is visibly struggling to compete with the likes of Call of Duty: Black Ops 4. As such, DICE and Battlefield publisher EA can't really afford to let well-known issues like low player visibility go unaddressed when they consistently result in irritating deaths that feel unfair. It's worth noting that this particular problem is far from new, with both Devastation and Fjell 652 having shipped with the base game at launch, making DICE's inability or unwillingness to take another crack at fixing the issue even more questionable. To its credit, the developer recently proved that it was capable of making large compromises between its original vision for Battlefield V and what players of the game are looking for in an online experience with the changes that rolled out with the Lightning Strikes expansion, so it is likely a question of "when" and not "if" player visibility will finally receive DICE's focus.