Battlefield V’s Next Major Patch and Expansion Releases This Week 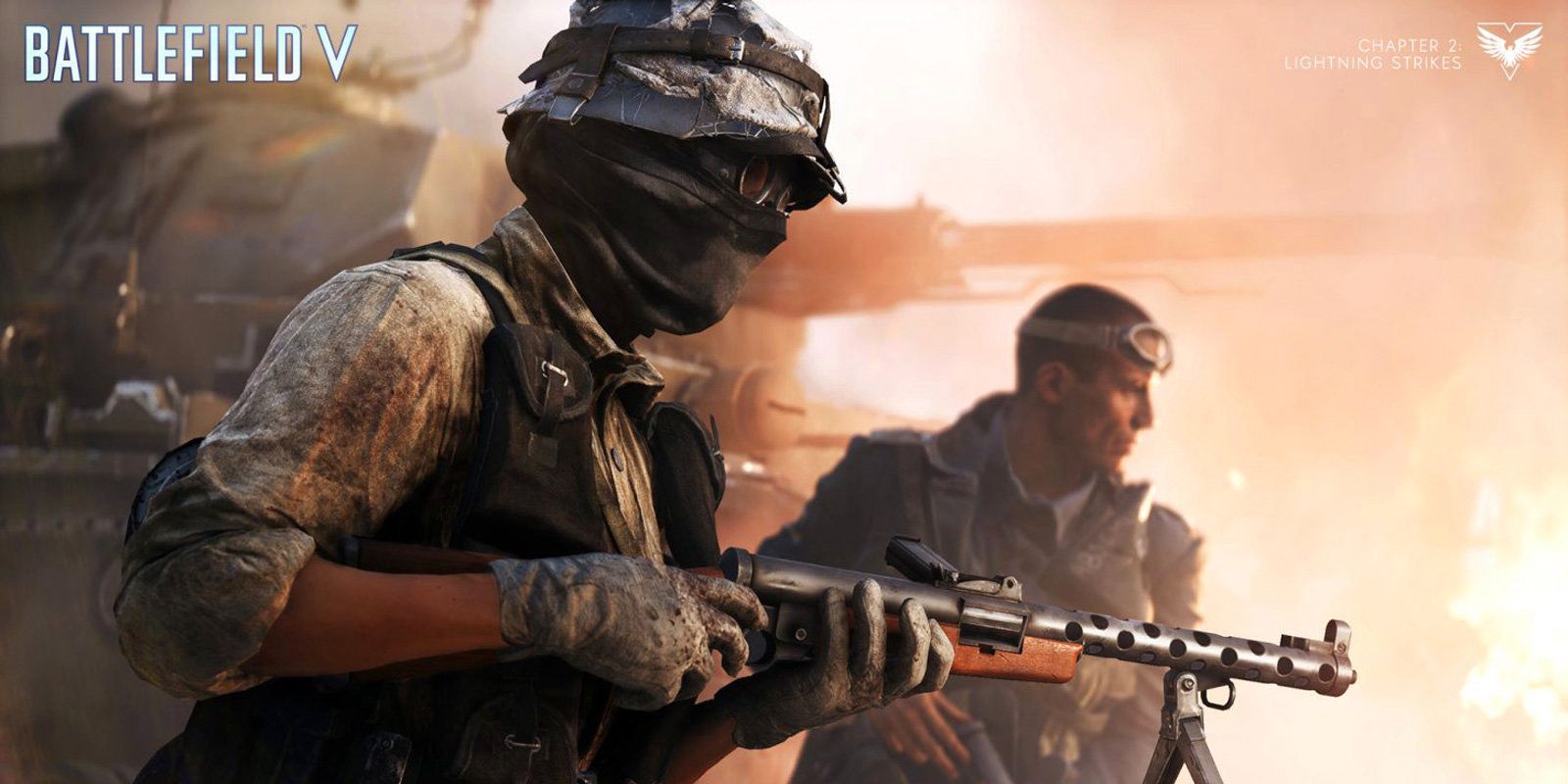 Battlefield V gets its second major expansion this week, along with a batch of players' most requested changes and bugfixes. Battlefield V's Chapter 2: Lighting Strikes is the game's second free content update, and it will bring new modes, weapons, vehicles, and some much-needed gameplay tweaks. Like Chapter 1: Overture before it, the Lightning Strikes expansion will be made available to all Battlefield V players over the coming weeks at no cost.

Battlefield V has had a rather rough go of it in the two months since its release, and there are a laundry list of issues with the game for this new expansion and later updates to address. EA's announcement of Lightning Strikes comes about a month after massive community backlash against the way that developer DICE handled time-to-kill (TTK) and time-to-die (TTD) in Battlefield V after its release in November 2018. At launch and for a peaceful couple of weeks afterward, the game was lauded by the hardcore FPS audience for its relatively low TTK (meaning players died with fewer bullets), though many complained that the game's TTD felt disproportionately shorter than the TTK (when the values really ought to be near-identical) due to inconsistencies caused by the game's netcode and player health models. Partly in response to this - but most likely spurred by the fact that Battlefield V was hemorrhaging an alarming number of players in a short amount of time - whom DICE assumed were leaving for other shooters like Call of Duty: Black Ops 4 after suffering too many quick deaths in-game - the game was updated with a higher TTK, sending the Battlefield community into a massive online rage.

Related: Activision is Charging Players $1 To Add A Dot To Their Crosshairs

The TTK debacle was more or less remedied when DICE reverted the hated change about a week after implementing it, yet Battlefield V players have remained hard-pressed for good news since. Now, it seems they're finally getting it, with EA having announced the Chapter 2: Lighting Strikes expansion on January 14. Planning to dole out its contents over the course of January 17 to March 7, Battlefield V's latest round of free content will introduce players to the all-new 16-player Squad Conquest, a PvE co-op experience called Combined Arms, a fresh Grand Operation on two existing maps, and the limited-time return of the fan favorite Rush mode. Also being added are a few new guns, Tank Hunter vehicles, and two new squad leader Reinforcement options, Smoke Barrage and Sector Artillery.

While the staggered release of this content hasn't quite begun to roll out, Battlefield V players are almost undoubtedly already enjoying a slew of gameplay changes that were patched in on January 15, including substantial ones that do much more to address the TTK and TTD issues than the initial rollback of a half-baked update. Disclosed a few days earlier in a Twitter thread by DICE developer Jaqub Ajmal, the TTK problem is being directly addressed with improvements that aim to assist players in better understanding who killed them and how, including helpful visual aids like increased visibility of incoming fire and enhancements to the accuracy of indicators showing incoming damage. A plethora of other issues are also addressed by the Lightning Strikes patch, revamping sound design, vaulting, player physics, and much, much more.

In all, Battlefield V's Lightning Strikes expansion fixes some of the game's most glaring and persistent issues and will probably tide players over with enough steadily dripped content with which to busy themselves until the game's long-awaited Firestorm battle royale mode launches this spring. That said, Lightning Strikes is great for the quality of life improvements it provides, but when looking at Lighting Strikes as the major multiplayer expansion that it markets itself as, it's disappointingly small and fairly lackluster. It's unlikely that anyone is chomping at the bit to once again pay for a Battlefield Premium Pass and carve up Battlefield V's player base into rigid segments like in previous titles, but it's hard to argue - for a game so desperate to cling to its dwindling number of players - that this painfully slow trickle of mostly filler content is doing the game any favors.

More: Battlefield V Gets Microtransactions Next Month Which Explains Its Grind Issues