« Mission: Impossible 7 & 8 Director Turned Down DC Films [UPDATED]
Why A Fortnite Character Would Be Perfect For Smash Ultimate DLC »

BioWare Started Developing Anthem Way Before Destiny Even Came Out 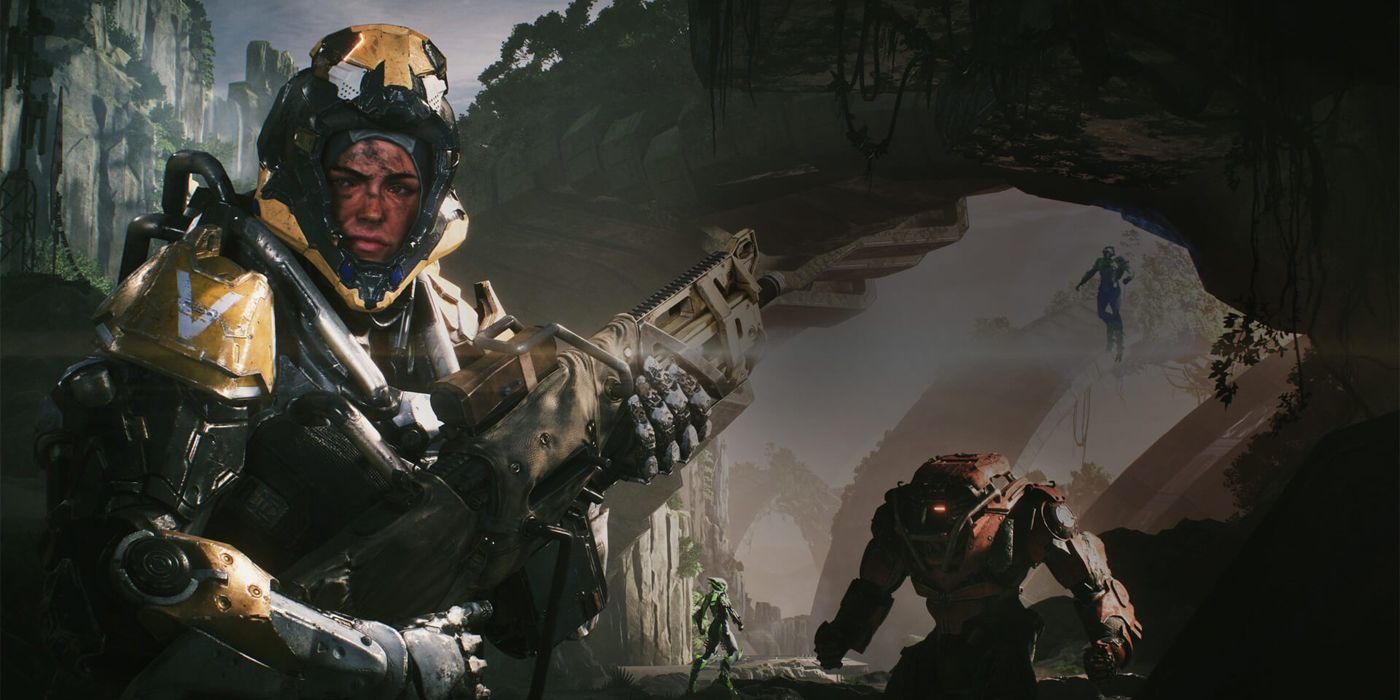 Although gamers continue to compare BioWare's upcoming Anthem to Bungie's Destiny, a BioWare developer recently stated that Anthem was in production well before Destiny ever released. The upcoming Anthem combines BioWare's unique RPG storytelling with a sci-fi third-person shooter to create a multiplayer game that puts players in the role of Freelancers, a group of people sent out to explore their world.

Freelancers suit up in customizable suits called Javelins that allow them to have superhuman abilities and weapons to use against savage beasts that wander the landscape. The game also features unique world-changing events called "Shaper Storms" that alter the terrain. Although the game does feature a single-player mode, its primary focus is on co-op gameplay that can have up to four squad members per team.

At first glance, Anthem has a lot of similarities to Bungie's Destiny. However, Anthem was in development before Destiny ever released. In a video interview with JeuxVideo.com, Anthem Lead Producer Michael Gamble spoke about this, as well as about how the release of those games affected the development of Anthem.

"It’s interesting because Anthem has been in development since before Destiny even came out…and talked how games these days are influenced by the games out in the market to a certain degree."

Gamble also stressed the importance of creating an online multiplayer game with a strong story. BioWare has a good reputation as a gaming developer that focuses heavily on telling immersive stories. However, BioWare has to pull itself out of the hole that it created with players after its previous title, Mass Effect: Andromeda, fell flat with fans and critics. Fortunately, the company's future doesn't depend on the success of Anthem, which is good news for fans who have seen EA, BioWare's publisher, often shutter studios for delivering titles that don't perform well. BioWare also has other titles already in development, including the highly anticipated fourth installment in its Dragon Age franchise.

Although BioWare initially announced Anthem in 2017, the developer began working on it in 2012, right after the company finished Mass Effect 3, a full two years before the release of Destiny in 2014. But the company did have time to look at what other multiplayer games were doing, such as Destiny, and build upon those ideas to create something that is possibly better than those games. It's also interesting that BioWare chose to ditch two of its signature storytelling elements: romance options and dialogue wheels. Will these omissions still create a game that will stand out in a growing sea of multiplayer titles? Players will know for sure when Anthem releases next month.