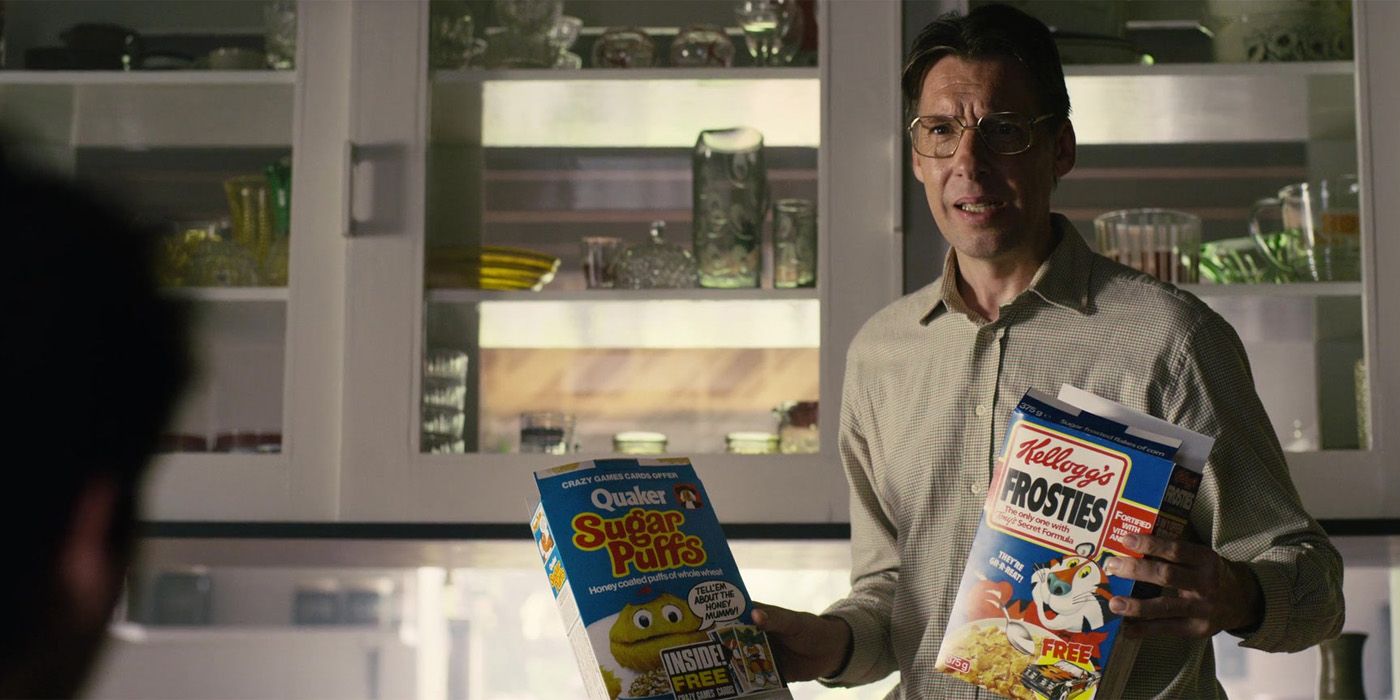 New statistics about the choose-your-own movie Black Mirror: Bandersnatch show that 60 percent of Netflix viewers chose Frosties when prompted by the movie to select a morning cereal for the main character, Stefan. Bandersnatch is a standalone movie for Black Mirror, which is an anthology series on Netflix that focuses on the unintended consequences of technology.

Although Netflix had already released one choose-your-own-adventure movie for kids, Puss in Boots, it was later announced that the streaming subscription provider would allow viewers to have a similar interactive experience with its more mature TV shows, such as Black Mirror. After Netflix released a trailer for Bandersnatch, many began to speculate that it would have that interactive feature. In the film, Stefan is a video game developer in the 1980s who has plans to create a choose-your-own-adventure video game based on a novel by Jerome F. Davies, an author who eventually went insane. As Stefan falls into madness himself, he soon learns that he might not be the person calling the shots in his life. In reality, Netflix viewers made a variety of choices throughout the movie, guiding Stefan toward one of five endings.

Related: Bandersnatch's Post-Credits Ending - What Happens & How To Get It

So what choices did Netflix viewers make? Thanks to some statistics released by Netflix, there's an answer. The first big choice was about cereal: 60 percent of viewers chose Frosties in that scene. Another interesting statistic was the scene where Stefan could throw his tea: UK viewers chose “throw tea” 52.9 percent of the time, while the rest of the world did so 55.9 percent of the time. When asked to accept the job at Tuckersoft, 73 percent of viewers made that choice. The least likely ending was the one where Stefan chose to go on the train with his mother.

After its release, Bandersnatch got mixed reviews from both critics and fans. Some praised Netflix for its innovative interactive storytelling, while others felt that the story was ultimately not worthy of a Black Mirror episode and that the interactive elements felt gimmicky. Some criticisms became so bad that actor Will Poulter, who portrayed the well-known video game creator Colin Ritman in the film, decided to leave Twitter temporarily.

Although the idea of choose-your-own-adventure storytelling has a long history in books and video games, it's still a relatively unique concept in movies. Examining the choices that people make during these movies, though, provides a fascinating psychological profile of how people think when directly interacting with their entertainment.

More: Black Mirror: Bandersnatch Is A Fun Game, But A Weak Story