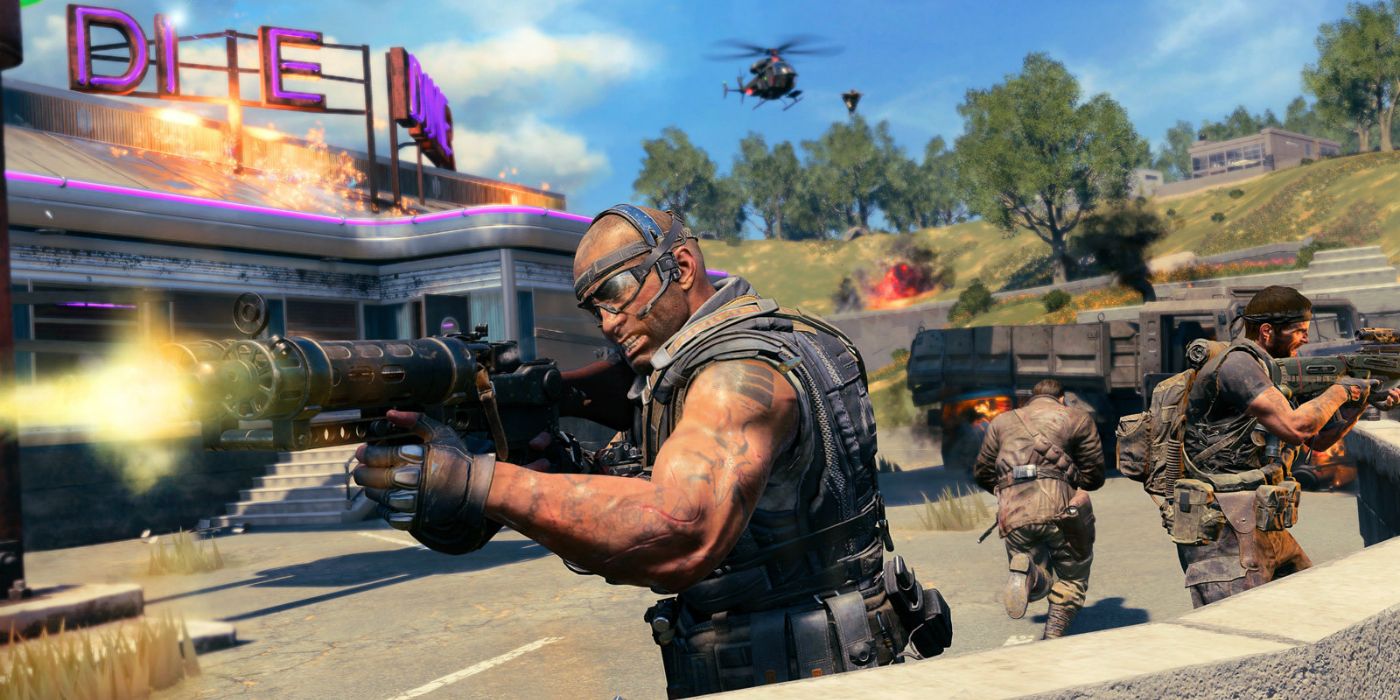 Update (January 18, 2019): Treyarch released a statement on the Black Ops 4 sub-reddit regarding the yellow triangles. According to Treyarch, the triangles are a bug that will be patched out soon and were only meant to be displayed in parties, not in public lobbies. Original article follows below.

Call of Duty: Black Ops 4 has moved on from simply charging its players for a DLC season pass. Developer Treyarch Studios and publisher Activision have now implemented a system that essentially outlines all users without a season pass with a giant yellow warning sign beside their name.

Call of Duty: Black Ops 4 is already something of an oddity within the multiplayer FPS world due to its season pass system. Most games have done away with charging for map packs and DLC, instead choosing to make their money using in-game stores and microtransactions. Battlefield V, for instance, adds its new content free of charge for all of its players. Black Ops 4 instead charges users for its DLC, which has been a sticking point for fans since the system was first announced.

Related: Activision is Charging Players $1 To Add A Dot To Their Crosshairs

Now, as reported in a thread at resetERA earlier this week, Call of Duty: Black Ops 4 will also identify players who do not purchase its DLC to other users. For what it's worth, there is likely a legitimate reason for Black Ops 4 to do this; it's useful to indicate which players can find matches in a season pass exclusive map, since players need to own it to play it. Unfortunately, the way that Activision and Treyarch have chosen to identify people who have not purchased DLC passes is closer to shaming them publicly than reminding others that they will have limited access to the game's map pool.

Players without DLC are identified using triangular, yellow warning signs next to their name, similar to what a road sign indicating a hazard ahead might look like in some countries. The implication, then, is that users should stay away from these people until they have purchased a season pass, lest their quality of life in-game be affected by the limited amount of content they can access.

Obviously, this is a problem, and has caused a fair amount of fan backlash even if the insinuation is unintentional. In what is becoming something of a trend for Call of Duty: Black Ops 4, the public relations nightmare has backfired even worse than just upsetting some fans. The implementation of this system has shockingly revealed that Black Ops 4 has way more players without a DLC season pass than with it, as many in-game lobbies are littered with the yellow warning signs. It's a visual representation of the way fans evidently feel about the content on offer for Call of Duty: Black Ops 4, and it's yet another reason for players to be skeptical about the game's future.

More: Blackout Has A Problem - What Happens When The NEXT Call Of Duty Releases?

This entry was posted by Screen Rant on January 17, 2019 at 3:01 am, and is filed under TV News. Follow any responses to this post through RSS 2.0. You can skip to the end and leave a response. Pinging is currently not allowed.