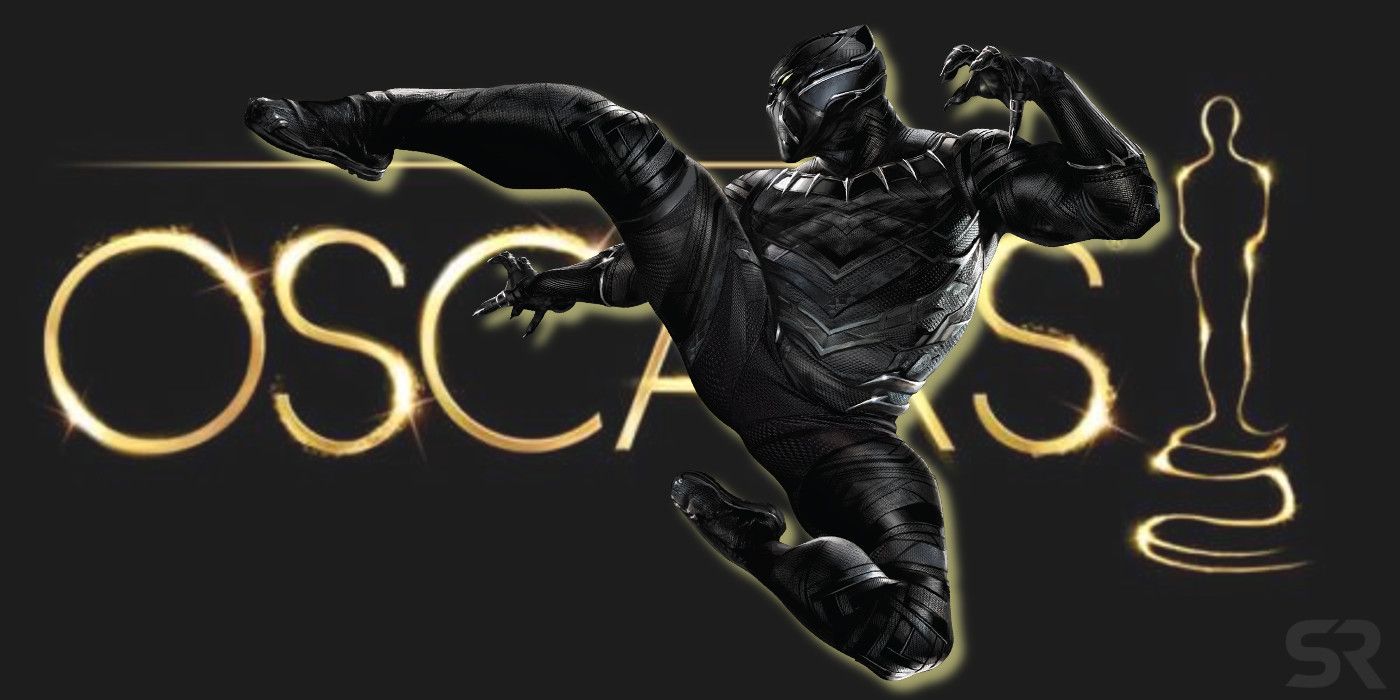 Black Panther earned a Best Picture nomination at the 2019 Oscars, becoming the first superhero movie to be recognized in the category. The Academy has long had a fickle history with acclaimed genre pictures. While a few have broken through and cracked the major fields, many of them are relegated to the technical categories. Recent exceptions to this rule include Heath Ledger's posthumous Best Supporting Actor win for The Dark Knight and Logan's surprise nomination for Best Adapted Screenplay last year. Fans rightfully celebrated these accolades, but wondered when (or if) one would be in contention for Best Picture.

Since its debut in February 2018, Ryan Coogler's Black Panther has been seen as the one that could make history. Telling a story that blended the typical Marvel spectacle with poignant and thoughtful societal and cultural themes, Coogler and company were able to craft a film that transcended its status as a "comic book movie" and became something more profound for people around the globe. Kevin Feige even organized Marvel's first substantial Oscar campaign for the project, and the efforts of everyone involved paid off in spades.

Today, the Academy announced the 2019 Oscar nominations, and Black Panther is one of the eight films up for Best Picture. It's part of a lineup that also includes BlacKkKlansman, Bohemian Rhapsody, The Favourite, Green Book, Roma, A Star is Born, and Vice.

Black Panther picked up other Best Picture nominations on the awards circuit this year, including the Golden Globes and Producers Guild Awards. So, it's not entirely surprising to see if get love from the Oscars, but it's still an exciting development. Some may recall Panther was at the center of the Academy's botched attempt to launch a new Best Popular Film category, which seemed like an extremely blatant and insulting attempt to ensure the year's biggest movie didn't go unnoticed during the ceremony. With Best Popular Film on the back burner for now (while Academy members continue discussions on the criteria), some feared that Black Panther might end up being snubbed in Best Picture - considering voters' perceived genre bias. Fortunately, this saga has a happy ending and Black Panther might have just opened the door for more comic book movies to be nominated in the years to come.

As for Black Panther's odds of winning, Marvel fans will probably have to make do with the Best Picture nomination. The movie didn't win any of the other Best Picture awards it was up for, losing to titles like Roma, Green Book, and Bohemian Rhapsody. That puts it at a disadvantage when compared to the competition, but there's still a lot of time before the Oscars ceremony takes place. The race, believe it or not, remains fairly open, so there's still a chance Black Panther could pull off a surprise upset.

More: How The Academy Votes On Best Picture