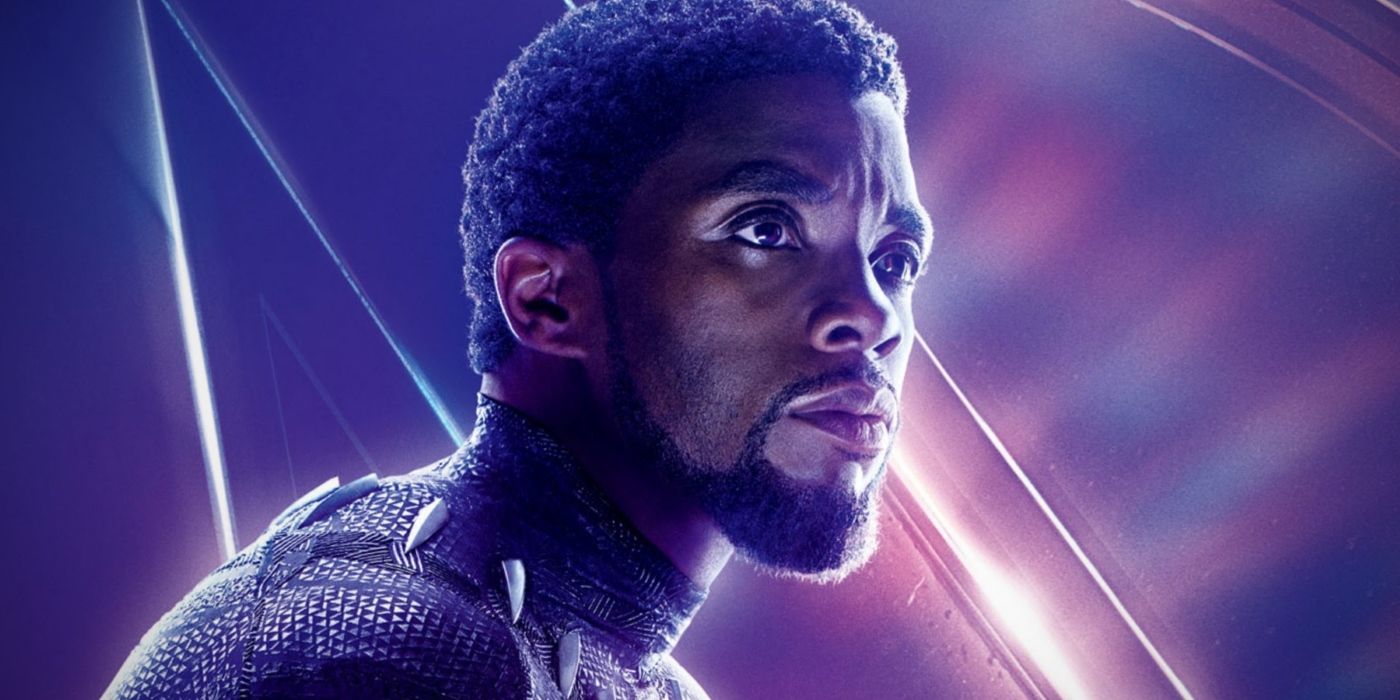 Marvel Comics has proven it beyond any doubt: it's time for Black Panther to become the new Nick Fury of Marvel's Cinematic Universe... as head of the global superhero intelligence network protecting Earth from every threat.

The MCU is about to enter a time of major transition and change. The stars of Phases 1-3 are expected to bow out in Avengers: Endgame, with both Robert Downey, Jr. and Chris Evans seemingly at the end of their tenure. They'll be passing the baton to a new generation of heroes, ranging from Brie Larson's Captain Marvel to Tom Holland's Spider-Man. Based on the films and comics that inspired them, Chadwick Boseman's Black Panther will undoubtedly stand at the center of the new MCU. Last year's Black Panther was an unprecedented success, grossing over $700 million in the domestic box office and $1.3 billion worldwide. That success means more than just a sequel, with Kevin Feige confirming Black Panther makes more diverse movies possible.

But how will Black Panther fit into the post-Phase 3 MCU? As is so often the case, Marvel Studios would be wise to look to the comics for inspiration, where T'Challa has taken a powerful new position in the Marvel Universe. Move over Nick Fury, it's time for the Agents of Wakanda to show how it's done.

Marvel Comics has been focusing on Black Panther for a number of years, with Ta-Nehisi Coates launching a revival of the character back in 2016 (which introduced and re-introduced key elements that helped inform Ryan Coogler's Black Panther movie). With the Black Panther brand now stronger than ever before, the comic book publisher has gradually reoriented itself to place T'Challa at the heart of its stories. Most recently, Jason Aaron's ongoing Avengers series has seen him become leader of the latest version of the Avengers, elected unanimously by heroes like Captain America, Iron Man, and Captain Marvel. There have been massive ramifications, with the Avengers essentially splitting off from the U.S. Government, who are unhappy with the Wakandan leader being in charge of the world's premiere super-team.

RELATED: The MCU Will Look Completely Different After 2019

S.H.I.E.L.D. is currently defunct in the comics, and it didn't take long for Panther to deduce that the Avengers need a similar intelligence network to inform their strategic decisions, and keep a watchful eye on potential crises around the globe. To that end, he's expanded Wakanda's own espionage unit, approaching key figures across the world and asking them to work with him. Not as Agents of S.H.I.E.L.D., but as Agents of Wakanda.

The Agents of Wakanda Have Replaced SHIELD

T'Challa has approached a whole host of seasoned secret agents and he's backed them up with potential information assets and superhuman field operatives. In Avengers #12, he recruited everybody from Ka-Zar to Odin the All-Father, the Wasp, and even Gorilla-Man. Black Panther has carefully chosen assets who are familiar with every corner of the Marvel Universe; he's picked characters who can survive in extreme locations (Ka-Zar's first mission was to reconnoiter Atlantis), who are familiar with magic and Asgardian lore, and even has operatives working within the various governments, monitoring their own super-soldier programs. In a smart move, T'Challa has taken the S.H.I.E.L.D. shutdown as an opportunity, signing up their best operatives as his new agents. He's even picked up - and modified - an old S.H.I.E.L.D. Helicarrier.

It's a smart move, and at a stroke it makes Wakanda the most important nation in the entire Marvel Comics Universe. All the resources of Wakanda are behind Black Panther's version of the Avengers Initiative, and they mean the Avengers are more prepared than ever before. Of course, that just means they're about to face some of their worst crises, too. Jason Aaron is building up to his "War of the Realms" event, which will see all Nine Realms consumed by cosmic war. But the constant threat of a massive attack or invasion is already defining the movie universe, as well.

Page 2 of 2: Can Agents of Wakanda Work in The MCU?

Can Agents of Wakanda Fit The Modern MCU?

This could easily become Black Panther's new status quo in the MCU as well. S.H.I.E.L.D. fell in Captain America: The Winter Soldier, and there's currently a massive vacuum that various groups are attempting to fill. The United Nations attempted to impose direct control of the Avengers Initiative when they passed the Sokovia Accords in Captain America: Civil War, with US Secretary of State Thaddeus Ross a key player in that strategy; instead, all the UN succeeded in doing was tearing the Avengers apart. Over on the small screen, Phil Coulson and his loyal agents have attempted to reform S.H.I.E.L.D., but their numbers are reduced and they've been publicly blamed for the attempted assassination of a key US military figure. Nick Fury and Maria Hill have been operating from the shadows, acting as a crisis management team. But all this is loose and uncoordinated, meaning potential threats are slipping through the cracks. Ant-Man & the Wasp proved that, without S.H.I.E.L.D.'s structure, enhanced beings like Ghost are able to pursue their own agendas without anyone interfering or monitoring them.

RELATED: Agents of SHIELD is More Popular Than Any Marvel Netflix

ShowThere's clearly a need for somebody to step up and take charge, organizing the various factions that are out there, and giving them the resources they need to keep the world safe. All the evidence suggests that, in the aftermath of Avengers: Endgame, someone is indeed going to step up and fill that gap. Spider-Man: Far From Home seems to see Nick Fury and Maria Hill once again operating as part of a wider organisation, drawing upon considerable resources and allying with enhanced assets to deal with global threats. It's generally been assumed this is a resurgent S.H.I.E.L.D., but that seems unlikely; Marvel Studios seems to have passed the idea of S.H.I.E.L.D. on to Marvel Television, and Agents of S.H.I.E.L.D. has been renewed for both a sixth and a seventh season, so it looks as though they don't want it back. Meanwhile, it has to be noted that Nick Fury isn't necessarily the man in charge of this new, global organisation; would the world's governments really trust him enough, after the events of Captain America: The Winter Soldier?

In the MCU, Wakanda has long been a secretive nation that keeps itself to itself. It already has a global espionage network, with its agents helped somewhat by the fact that the world doesn't know about Wakandan technology. But T'Challa has begun to lead his country in a new direction, opening up Wakanda's borders and reaching out to the rest of the world. In that spirit, he could expand his network of spies into a global force for good. Of course, that doesn't necessarily mean other countries will know he's doing it; Black Panther will probably want to keep his agents a secret, given revealing their existence wouldn't exactly encourage the world to trust Wakanda. He'd need the various groups who are working to protect the planet to seem independent and unstructured, with key agents acting as leaders who draw in superheroes as and when they're needed. That may well explain why, in Spider-Man: Far From Home, Nick Fury's operatives don't seem to be wearing any symbols; they're not an official unit at all. Perhaps Fury himself could be one of Black Panther's most important field leaders.

Marvel Studios has always been willing to draw upon the best comics, and Jason Aaron's "Agents of Wakanda" plot is a perfect way to integrate T'Challa into the wider MCU. Having proved to be a hit with viewers, Black Panther would become the new Nick Fury, the master manipulator who's working hard to keep the world safe from the most terrible threats. He'd be a background presence in the entire MCU, with Wakandan agents popping up in the most unlikely of places; assuming the movies followed the pattern of the comics, he could even recruit key enhanced assets from across the globe, with informants in groups as esoteric as the Masters of the Mystic Arts. This is an idea with tremendous potential.