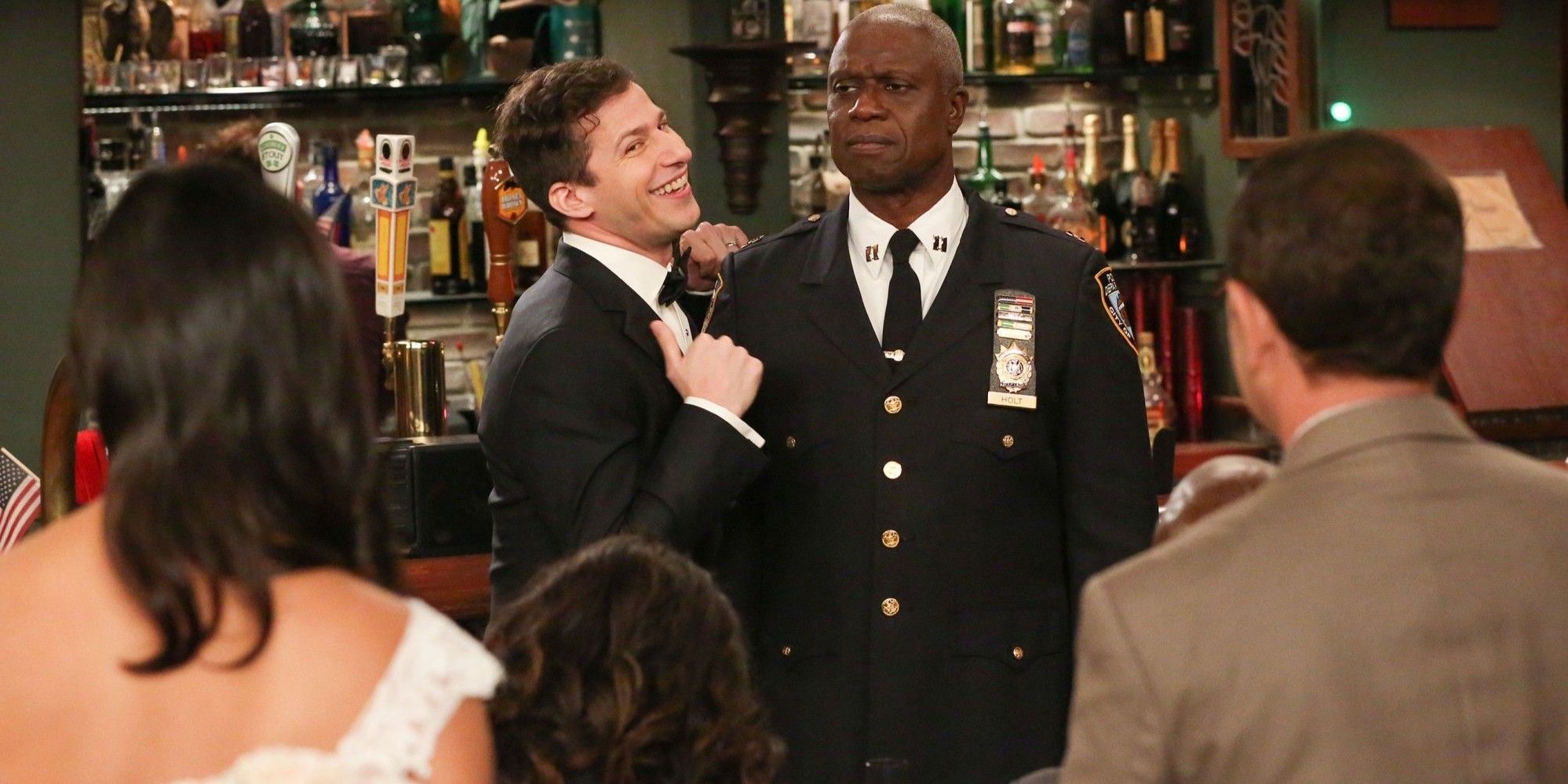 Brooklyn Nine-Nine hit a two-year ratings high in its NBC debut this week. The acclaimed comedy series follows the misadventures of NYPD detectives in Brooklyn's 99th precinct, with characters ranging from Andy Samberg's Jake Peralta - a talented but immature detective - to the precinct's generally poe-faced Captain Raymond Holt (played by Andre Braugher). Long celebrated for its good-natured humor and inclusive casting, the sitcom ran on FOX for five seasons before it was canceled last year, in the face of steady but low ratings.

However, in a surprising development, the series was rescued at the eleventh hour by NBC, which had passed on the Brooklyn Nine-Nine pilot some five years earlier. The peacock network initially ordered a shortened 13-episode season, but later expanded the episode count to 18 and set the series to air on Thursday nights, beginning this month. Whether it was a response to the date and network change, the show's last-minute revival, or a combination of the two, fans turned out in significant numbers for the Nine-Nine's return to action.

Related: Brooklyn Nine-Nine Review: The Network Has Changed But The Comedy Hasn’t

According to TVLine, Brooklyn Nine-Nine hit a two-year demographic high with its season 6 premiere and was up an impressive 82% from its last season opener. In fact, excluding a January 2017 episode that aired after a major NFL game, Brooklyn Nine-Nine's NBC debut earned the show its biggest ratings in three years. Fittingly, the series was paired back to back with NBC's fantasy comedy The Good Place, which was also engineered by Brooklyn Nine-Nine co-creator/showrunner Michael Schur.

Reviews for Brooklyn Nine-Nine's sixth season have been universally positive so far, as critics have done their part to assure fans: their beloved show remains the same, its change in network aside. To be fair, the Nine-Nine's faithful weren't exactly concerned about a dip in quality with season 6, nor were they necessarily expecting a radical re-invention of the series under NBC's watch. Nevertheless, the series' been applauded by reviewers for not resting on its laurels and instead using its season 6 premiere to set up some genuinely interesting storylines and arcs for its leads, especially Captain Holt and newly-weds Jake and Amy Santiago (Melissa Fumero).

The show's been increasingly willing to evolve and wrestle with challenging subject matter (like racism and sexism within the NYPD) in recent seasons, and that shouldn't change with season 6, either. Brooklyn Nine-Nine's writers have already confirmed plans for an episode inspired by the "Me Too" movement, and costar Chelsea Peretti aims to further mix things up when her character Gina Linetti - aka. the world's best worst civilian administrator - departs the series this year. Fans have a lot to look forward to, in other words, and should keep tuning in like they did for the season premiere... especially if they want to ensure the series has an easier time getting renewed for season 7 down the road.