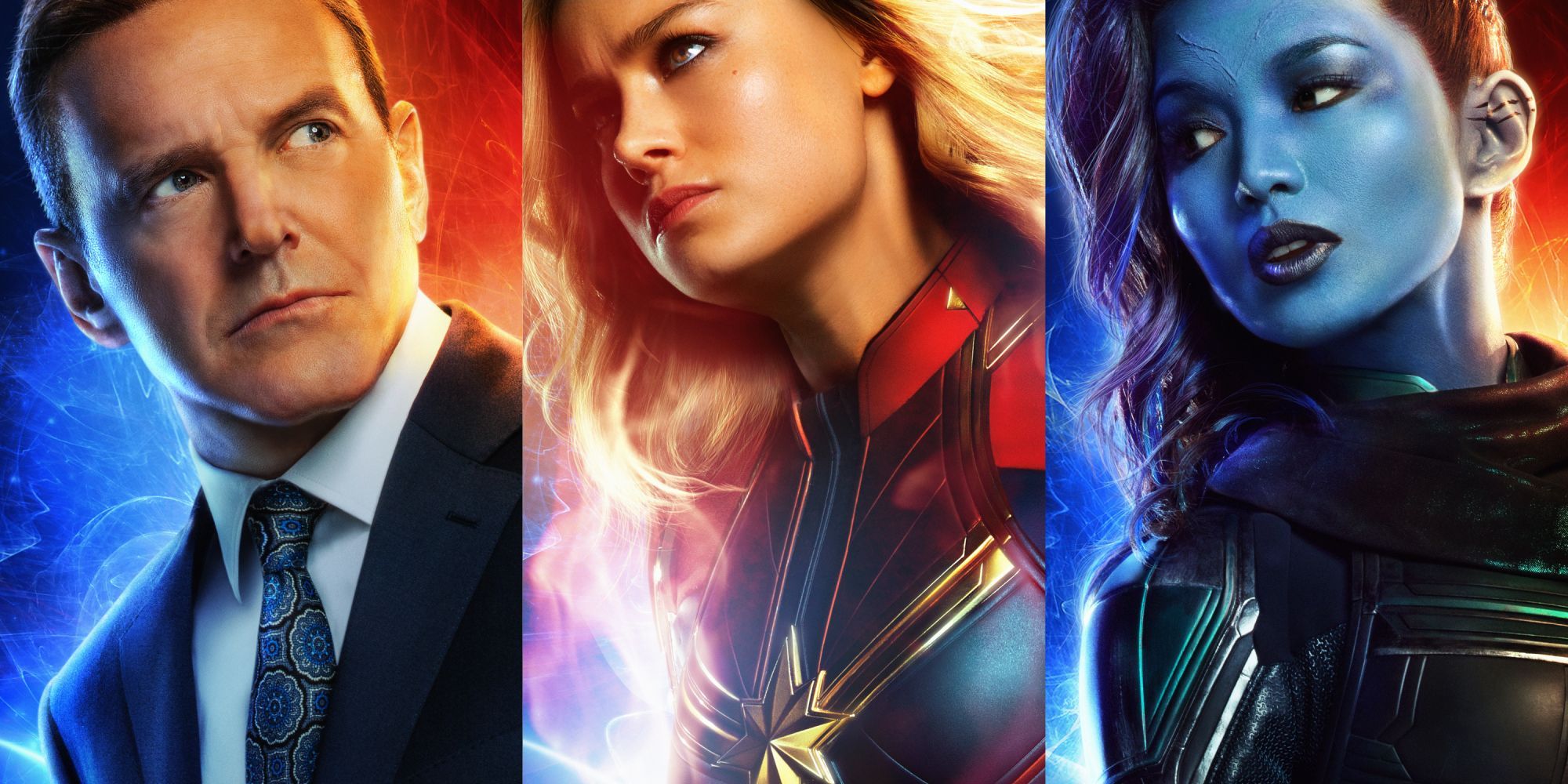 New character posters for Captain Marvel give the best look yet at several characters, including young Phil Coulson. Marvel Studios is entering the final few weeks of promoting the next entry in the Marvel Cinematic Universe. The marketing campaign for Brie Larson's solo movie has picked up significantly recently as Marvel hopes to bring more exposure to Carol Danvers' origin story.

The focus of the marketing from the very beginning has been to highlight the fact that this is a female superhero movie. They are few and far between in the genre as a whole, but this will be the first solo female movie to come from Marvel Studios. The marketing has kept Carol at the forefront throughout, but has also sprinkled in looks at the film's ensemble. Captain Marvel will introduce audiences to several new characters, but many MCU fans are more excited about the familiar faces set to return, like Samuel L. Jackson as Nick Fury and Clark Gregg as Phil Coulson. Almost the entire cast now gets a time to shine thanks to brand new character posters for Captain Marvel.

Disney officially released 10 solo posters for most of the cast. They provide some of the best looks yet at many of the characters. The full set includes posters for Captain Marvel, Nick Fury, Jude Law's mysterious character, Phil Coulson, Minn-Erva (Gemma Chan), Korath the Pursuer (Djimon Hounsou), Talos (Ben Mendelsohn) in his human form, Maria Rambeau (Lashana Lynch), Annette Bening's mystery character, and even Carol's cat Goose. Check them out below:

Notably absent from this lineup of character posters are some rather key Kree characters. Captain Marvel features Lee Pace reprising his Guardians of the Galaxy role as Ronan the Accuser, but he was not among those chosen to get a poster of his own. And, even though the Starforce team is represented with Minn-Erva and Korath, the other two members Bron Char (Rune Temte) and Atlas (Algenis Perez Soto) did not receive posters, despite them all working together for 15 years. But, unlike most character poster launches that offer little new insight into the movie, these Captain Marvel ones actually appear to provide a brand new piece of information.

While there's been plenty of coverage about if Jude Law is playing Yon-Rogg, there hasn't been the same level of concentration on Bening's character, and her solo poster may be quite revealing. The Captain Marvel trailer has shown her once talking to Carol on Hala, where Bening is depicted with bright green eyes, white hair, and tells Carol she is "one of us" to confirm they are both Kree. However, this poster shows Bening with regular eyes and even appears to look younger. This new appearance and her very human looking clothing may strengthen the theory that Bening is Carol's mother and a gender-swapped version of Mar-Vell. That said, this poster far from confirms that is going to happen, but maybe future Captain Marvel promotional materials will include more clues.