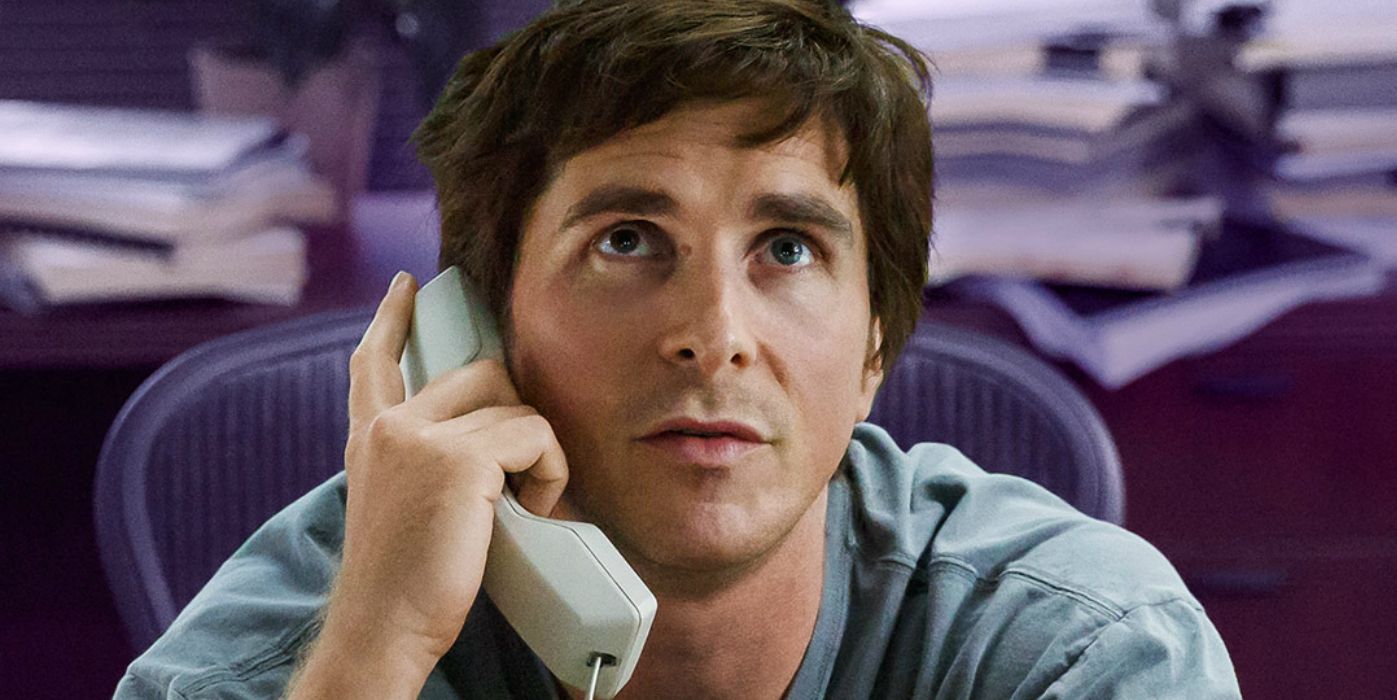 Christian Bale admits he needs to stop drastically altering his body weight in preparation for roles. The Oscar-winning thespian is renowned for his uncanny ability to completely inhabit the characters he plays, which oftentimes comes with a jaw-dropping physical transformation. Famous examples of this include the pounds he shed for The Machinist, the muscle he put on for Batman Begins, and his weight gain for American Hustle. Every time Bale signs on for a new film, people can't help but wonder what lengths he'll go to next.

Bale was up to his usual tricks for Adam McKay's Vice, in which he plays former vice president Dick Cheney. He's borderline unrecognizable in-costume, which can be attributed not only to the amazing makeup artists, but also the 45 pounds Bale tacked on during his extensive prep process. Seeing that Bale won a Golden Globe for his turn and is up for Best Actor at this year's Oscars, it's hard to argue against his crazy methods. However, it sounds as if Bale's insane dieting days are behind him.

In an interview with Sunday Times (hat tip Lad Bible), Bale stated he's going to change his approach, particularly after learning Gary Oldman didn't gain any weight for his performance as Winston Churchill in Darkest Hour.

"I can't keep doing it. I really can't. My mortality is staring me in the face."

As incredible as Bale's transformations are, they are simultaneously not the healthiest way for him to live. Research has shown that what's called "yo-yo dieting" can increase one's risk for heart disease, diabetes, and other potentially serious medical conditions. Bale's dedication to his craft is admirable and appreciated among cinephiles, but there's no need for him to literally risk his life and wellbeing in order to make a movie. Of course, this doesn't mean that Bale won't be any less a chameleon in the future; he's simply going to find more normal alternatives that (hopefully) don't come with longterm dangers. Circling back to Darkest Hour, Oldman became Churchill with just four hours in a makeup chair, so that's an avenue Bale can pursue if he plays a heftier character again.

Bale quickly lost his Cheney weight in order to play race car engineer and driver Ken Miles in James Mangold's Ford v. Ferrari, which is due out this summer. So that film is set to be the end of an era as Bale maintains a steadier and healthier physique moving forward. He hasn't signed on for any other projects after that, but when he does, audiences can expect to see a new and improved Bale that's thinking about more than just the short-term gains of going all out and dramatically changing weight.