Cyborg In Doom Patrol Is A Big DC Universe Risk 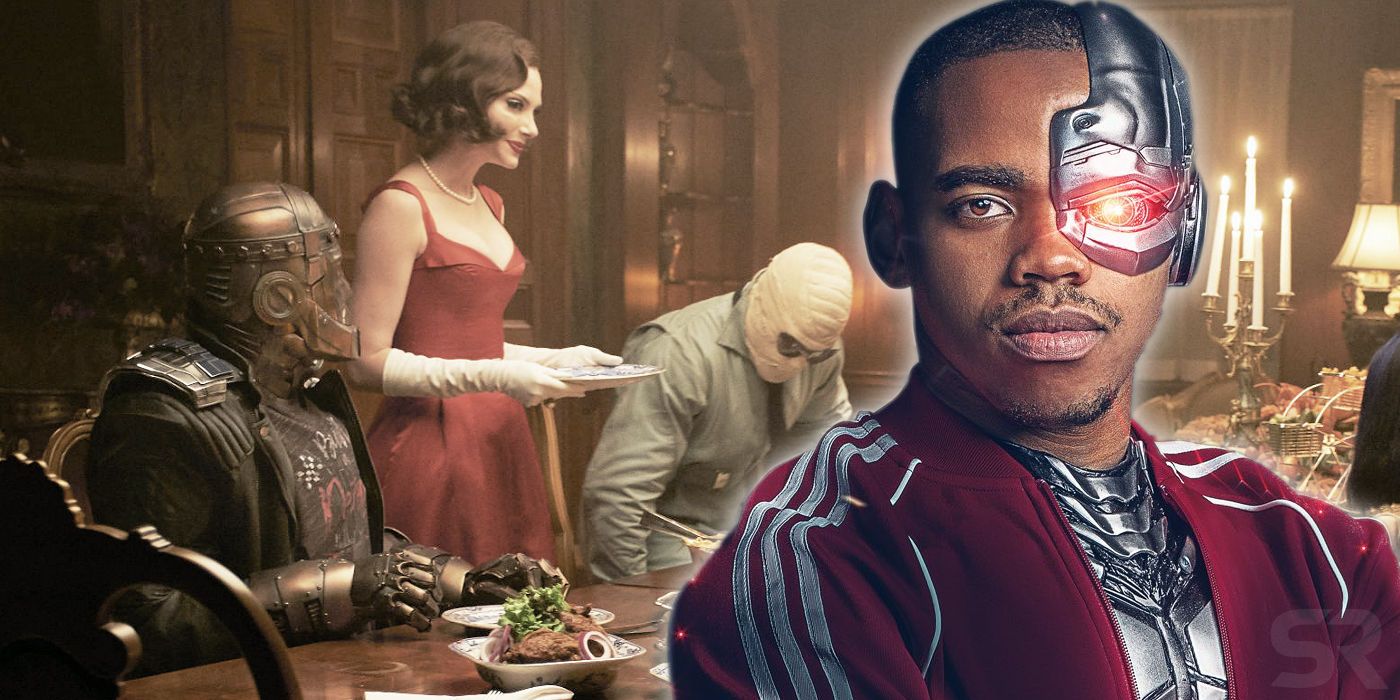 The inclusion of Cyborg among the ranks of the Doom Patrol in the upcoming DC Universe TV series represents a serious risk for both the new show and the streaming service. The beloved hero is best known to the public as a member of the Teen Titans, and all the efforts to move him outside of the scope of that series have been mixed in their success.

Created by writer Marv Wolfman and artist George Perez, Cyborg was originally a child prodigy and star athlete named Victor Stone. Severely injured in an accident in the lab of his scientist parents, Victor's father, Dr. Silas Stone, worked quickly to save his son's life with a series of experimental robotic implants. He was successful, but left his son as a half-machine hybrid, who had little desire to live until he found a new purpose using the powers granted by his implants to save lives as a superhero. This tragic backstory shares many elements with the histories of the heroes making up the Doom Patrol, all of whom were touched by tragedy and left to wonder if they were truly human anymore even as they used their powers to help others.

Related: Why Cyborg Is In The Doom Patrol Show (But Not The Comics)

While the idea of Cyborg being part of the Doom Patrol makes sense, thematically, it flies in the face of every previous interpretation of the character across multiple media forms. This might not be a problem were it not for the fact that there have already been multiple attempts to change Cyborg's origins in order to place him in roles outside of the Teen Titans. To date, all of these efforts have been met with resistance from Cyborg's fans.

The first change came in 2011, when DC Comics rebooted their reality and created what became known as the New 52 universe. It was here that the Justice League was formed in response to the intergalactic tyrant Darkseid's first attempt to invade Earth. It was also here that Cyborg's origins were tweaked so that his body was transformed by a piece of New God technology called a Mother Box rather than advanced human prosthetics. This new origin was later carried over into the DC Animated Universe in Justice League: War and formed the basis of the character's background in the 2017 Justice League movie.

While these changes were meant to make Cyborg a more prominent character at DC Comics, the general fan response among comic readers has been indifferent at best. Many feel that Victor's inclusion in the Justice League reeked of tokenism and was born more of a desire to add an African American hero to the team's ranks rather than any story-based consideration. There are also a number of Teen Titans fans who feel that Cyborg's place is among the younger heroes of the DC universe. It is telling that most of Victor Stone's appearances in the comics over the past year have seen him paired with other classic Teen Titans members, such as Raven in Dark Nights: Metal and Starfire in Justice League: Odyssey, rather than as part of the new Justice League series.

It remains to be seen just how Victor Stone's background will be changed to accommodate his introduction as a member of the Doom Patrol in the DC Universe series. It is equally uncertain if his fans will prove accepting of the changes or demand to know why Cyborg wasn't set-up as a character for DC Universe's Titans series. Time will tell the tale, when Doom Patrol season 1 finally premieres.