Dark Phoenix is The First X-Men Movie Without Wolverine 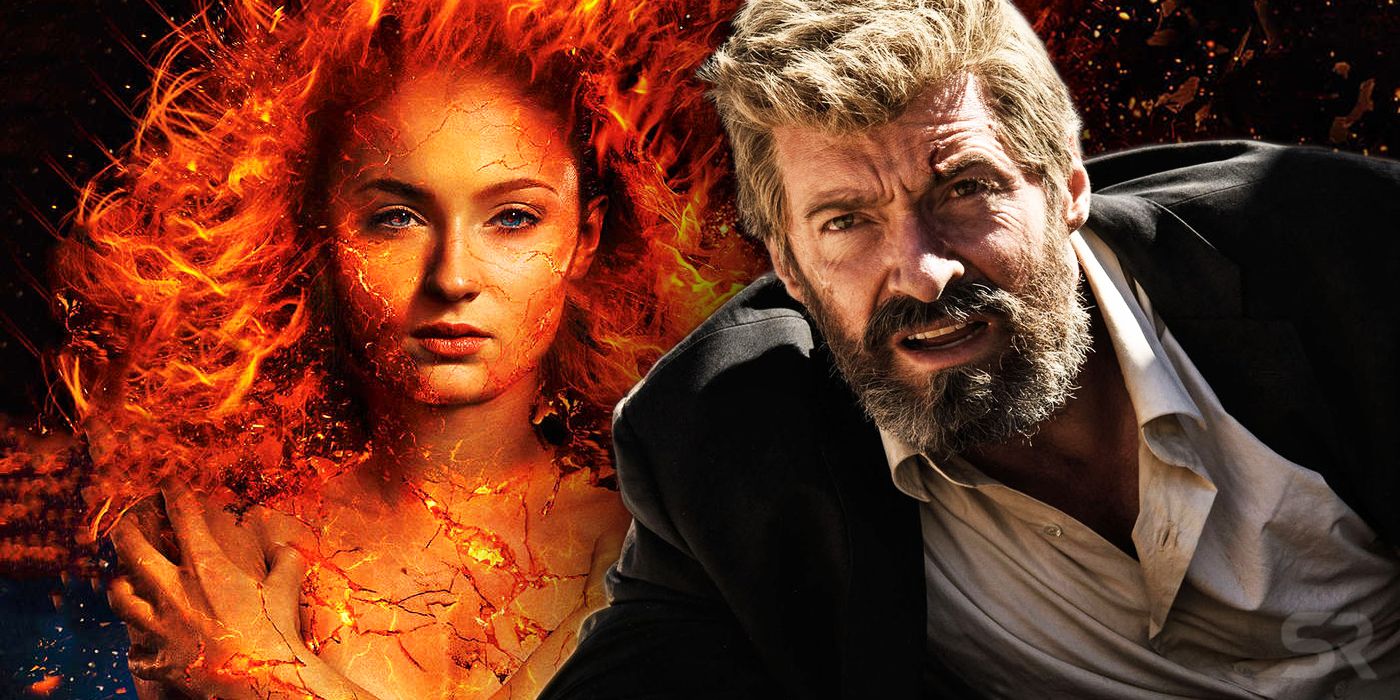 Dark Phoenix will not only be the final X-Men movie from Fox but it will also be the first without an appearance by Wolverine. Written and directed by Simon Kinberg, the second attempt to cinematically adapt The Dark Phoenix Saga comics story stars Sophie Turner as Jean Grey, James McAvoy as Professor X, Michael Fassbender as Magneto, and Jennifer Lawrence as Mystique but (barring a surprise) Hugh Jackman's Logan will be nowhere to be found.

An X-Men movie without Wolverine is something the franchise has refused to entertain in the past. While portraying the gruff but noble mutant who is easily the most popular X-Men character turned Jackman into a star, many fans felt the focus on Logan as the main character was a detriment to the original X-Men movie trilogy. By centering each film around Wolverine, comics fans griped that it diminished the team-based ensemble they loved about the X-Men.

However, Jackman's Logan was clearly the top dog among the mutants and even though he received three spinoff films, the X-Men franchise still seemed set against not somehow including the Wolverine in every movie that starred a mutant, even if he didn't affect the movie's main story. But Dark Phoenix looks to finally cut the cord with Wolverine.

Wolverine Has Appeared In Every X-Men Movie In Some Way

Wolverine has appeared in every X-Men movie since Bryan Singer launched the franchise in 2000. The clawed mutant was the main character of the first three X-Men films from 2000-2006 and Singer's X-Men: Days of Future Past in 2014. In addition, Jackman starred in three spinoff films: Gavin Hood's X-Men Origins: Wolverine and James Mangold's The Wolverine and Logan. Even though the franchise rebooted in X-Men: First Class and recast the main mutant characters with younger actors, Jackman's Logan still popped up in a cameo, famously telling the young Charles Xavier and Magneto to "go f*ck yourself" when they tried to recruit him in 1962. X-Men: Apocalypse again saw Logan make an appearance where he encountered the young Jean Grey, Cyclops (Tye Sheridan), and the other X-Men at the Weapon X facility in Alkali Lake.

Meanwhile, Deadpool (Ryan Reynolds) has made Wolverine the butt of some of his best jokes. The fourth-wall-breaking Merc With a Mouth hilariously wore Hugh Jackman's People magazine cover as a mask in Deadpool. Wolverine popped up again in the end-credits scene of Deadpool 2 when Wade Wilson time traveled back to the climactic fight of X-Men Origins: Wolverine to "fix the timeline" by brutally murdering the alternate version of Deadpool who was battling Logan.

All in all, that makes eleven out of eleven X-Men franchise appearances for Wolverine - a perfect record Dark Phoenix is about to shatter if Simon Kinberg's film holds its ground and stays away from Wolverine.

Related: Wolverine Shouldn't Be In Marvel Movies Until MCU Phase 5

Though he died at the end of Logan, that film was set in an alternate future timeline and in the current X-Men movie timeline - Dark Phoenix is set in 1993 - the Wolverine is loose in the world. Conceivably, there could still be a cameo appearance or Easter egg involving Logan somewhere in Dark Phoenix; past X-Men movies have certainly gone out of their way to shoehorn Wolverine in. However, with Jackson repeatedly saying he's done with the role, that's unlikely.

A Wolverine-devoid Dark Phoenix will be an interesting test to see if X-Men can exist in a crowd-pleasing way without the help of their most popular character. Whether it works or not, the long-term impact may be minimal; the X-Men will soon be part of the Marvel Cinematic Universe, which will certainly include Wolverine. Even if no one pops their claws in Dark Phoenix, it won't be too long before the X-Men are properly reunited with Wolverine.

Next: X-Men: Dark Phoenix: Every Update You Need To Know

This entry was posted by Screen Rant on January 12, 2019 at 10:01 am, and is filed under TV News. Follow any responses to this post through RSS 2.0. You can skip to the end and leave a response. Pinging is currently not allowed.