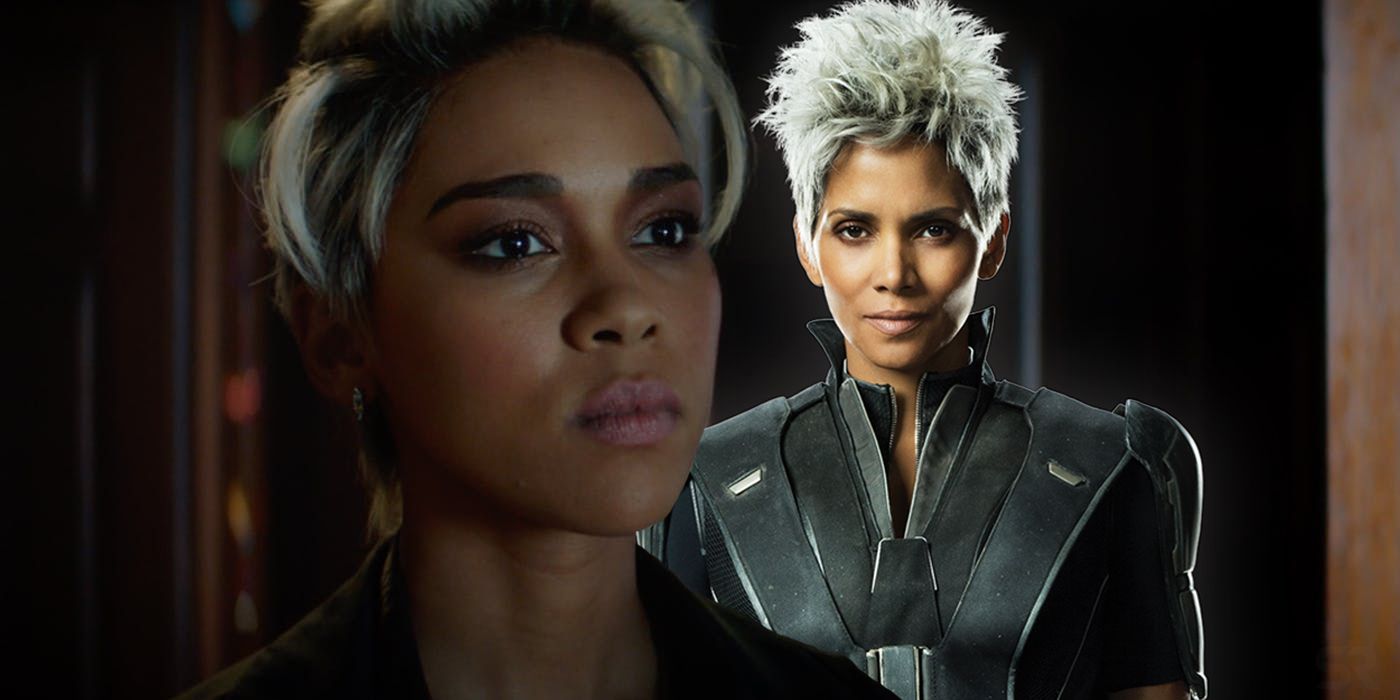 In the upcoming X-Men film Dark Phoenix, Alexandra Shipp's Storm will line up more closely with Halle Berry's version in previous films. Berry originated the live-action iteration of the character back in 2000's X-Men and reprised the role in three other films, last seen in 2014's X-Men: Days of Future Past. A younger version of the character - played by Shipp - was subsequently introduced in X-Men: Apocalypse.

Dark Phoenix will see a dark and dangerous cosmic force manifest within Jean Grey (Sophie Turner), causing her to spiral out of control. As a result, Storm and the other mutant heroes will not only have to battle one of their own, but also a race of aliens (led by a formidable Jessica Chastain) seeking to control her powers. Originally scheduled for release in 2018, the film will now join a superhero-packed 2019. Though the frequent delays sparked numerous rumors regarding the film's quality, the director maintains it will be loyal to the comics, and hopes remain high that it can correct the mistakes of X-Men: The Last Stand. How big of a role Storm will ultimately play remains to be seen, but  with a main character set to fall in the conflict and the younger generation set to step forward towards their future leadership roles, she will no doubt be prominent.

Related: X-Men: Dark Phoenix: Every Update You Need To Know

Speaking at ACE Comic Con Arizona, according to Comic Book, Shipp revealed that her version of Storm will share more similarities with Berry's version. Touching on the growth of her character, as well as the later time period in Dark Phoenix, she said:

“For me, when I first got Apocalypse, I wanted to make it so that you could kind of see a little bit of a continuity through line between my version of Storm and Halle’s version of Storm. And Dark Phoenix is set in the ‘90s, and so it’s a little bit closer to the early 2000s Storm."

Part of the change will see the departure of Storm's comics-accurate, '80s-style mohawk. Although Shipp commented that she will miss the shaved head - especially when showering - the film will apparently show "a more natural side" to the character. She added: "You get to see her kind of taking on that matriarchal role that she has always had."

The X-Men franchise has been notoriously inconsistent when it comes to its continuity. The frequently shifting timeline has not only been a source of many jokes within the Deadpool movies, but much criticism from fans. That ire only grew in the wake of X-Men: Days of Future Past and X-Men: Apocalypse. Given that the former took place in the '70s and the latter in the '80s, there's a sharp disparity between the age the characters look and the age the characters should be.

Reactions to Berry's portrayal have often divided fans, with many frequently citing her as the weak link among the core cast. Fans will no doubt rejoice, though, to hear that the latest installment will bring some clarity to proceedings and at least attempt to bridge the gap between the saga's various chapters. The franchise has made attempts to do this, especially in relation to fleshing out Charles Xavier's backstory - explaining his paralysis and hair loss. More often than not, however, it served to muddle things even further. With the Disney-Fox deal set to finalize in March, X-Men: Dark Phoenix may be the franchise's last chance to end its tentpole on a high note and bring everything truly full circle before a potential reboot.