Deadpool’s Next Target is His Best Pal, Spider-Man 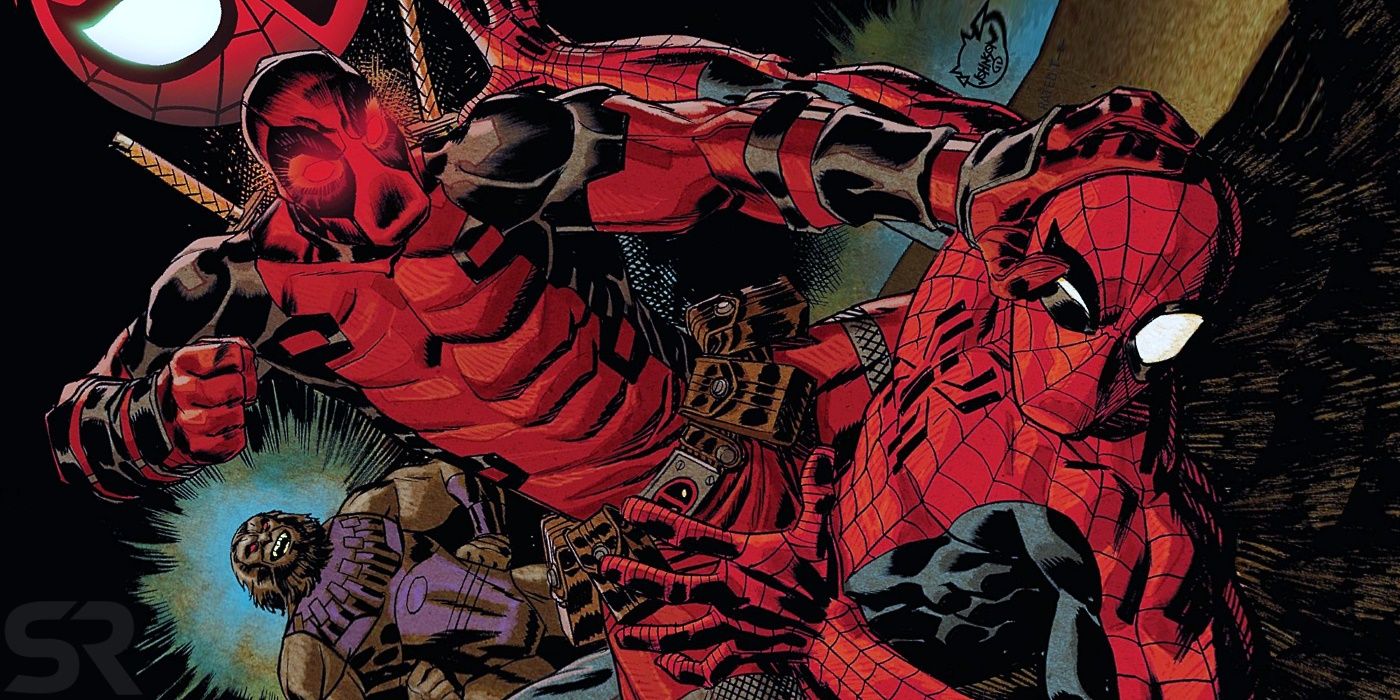 Peter Parker and Wade Wilson have gotten into some incredibly weird situations, but their trip to the Negative Zone in Spider-Man/Deadpool #45 has just raised the stakes. For now, the jokes have (temporarily) stopped... as Deadpool has been brainwashed to murder his old pal, Webs.

The science fiction adventure has quickly become a quest to protect the entire Marvel Universe, now that the villainous Blastaar has used his powers of mind control to enrage and command Ransak, a member of the Deviants rejected for being too handsome (an inversion of Thanos' own origin story). But as our exclusive preview of Spider-Man/Deadpool #45 shows, Blastaar is doing more than brainwashing the heroic Ransak into trying to murder Spider-Man - he's done the same to Deadpool, too.

To those who might be worried that Wade and Peter are doomed to become enemies, fear not. Considering how ridiculous this particular chapter of their shared series has gotten, they will probably be joining forces not many pages after our preview. Still, fans of the Merc With a Mouth may not let Spidey fans forget how this opening battle develops... showing Deadpool may be able to best Spider-Man, if he's brainwashed to treat him like any other target. We'll let fans make that call for themselves, so take a look at the preview pages from Spider-Man/Deadpool #45 below:

The final panel will prove a special highlight for fans of DC heroes, as Peter Parker makes an overt reference to Superman: The Movie (quoting the line spoken by Margot Kidder the first time Christopher Reeves swoops in to her rescue). But humorous allusions to DC Comics has been the ongoing trend for this Negative Zone adventure.

In case the similarities between Blastaar and DC's Darkseid were too subtle to spot, the introduction of Janorr made the comparisons explicit. She may be a member of the "Negative Force" monitoring the Negative Zone, but the fact that she's a dead ringer for Big Barda didn't pass the attention of Spidey and Deadpool in previous issues. A joke turned into a direct homage to Tom King and Mitch Gerads' Mister Miracle series, as Deadpool suddenly turned their comic into a 9-panel page to help boost their chances at awards.

With those twists in mind, it's hard to even guess what will come next from this issue. We assume that Blastaar's plan to invade the Marvel Universe with his army of bugs won't prove a success. But in this series... anything is possible. Until then, read on for the full synopsis and details below:

Spider-Man/Deadpool #45 will be available on Jan 30th from Marvel Comics.