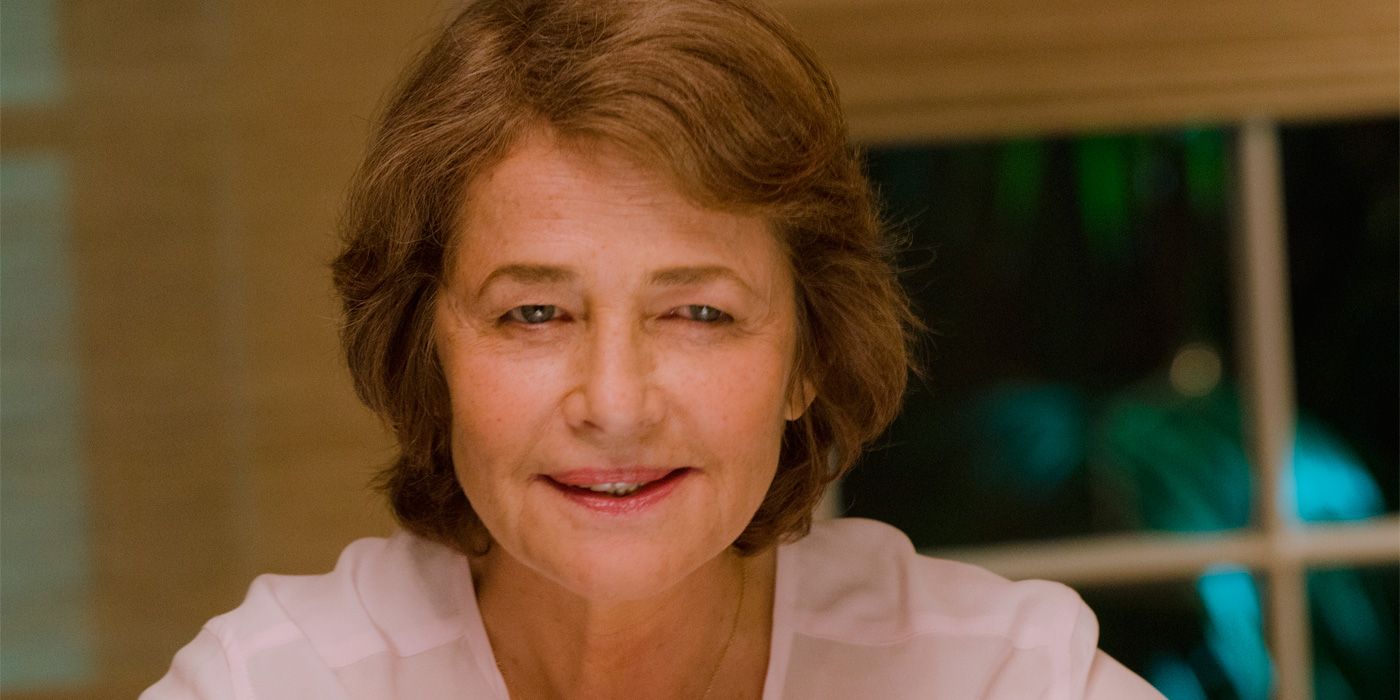 Oscar-nominee Charlotte Rampling has joined the cast of Denis Villeneuve's Dune adaptation as the Reverend Mother Gaius Helen Mohiam. First published in 1965, Frank Herbert's visionary novel Dune is now regarded as a classic of the sci-fi genre. Director David Lynch first brought the book to the screen in 1984, but his version of Herbert's story was a critical and box office flop.

Another attempt at translating Dune from page to screen came in 2000 when Sci Fi Channel aired a three-part miniseries, which was followed by a three-part adaptation of Herbert's sequel Children of Dune. Now, Blade Runner 2049 director Denis Villeneuve will bring Dune back to movie screens, in hopes of finally doing justice to Herbert's sprawling vision of a far-future world. Oscar-nominee Timothée Chalamet has signed on for the lead role of Paul Atreides, with Rebecca Ferguson, Dave Bautista, and most recently Stellan Skarsgård also joining the cast.

Related: Denis Villenueve's Dune Movie: Everything You Need To Know

Now, THR reports that Villeneuve's Dune has rounded up another Oscar-nominated actor, adding Charlotte Rampling to the cast. Rampling will play Reverend Mother Gaius Helen Mohiam, a member of the mysterious and powerful Bene Gesserit sisterhood, a religious group whose members train their minds and bodies to take on superhuman powers (Rebecca Ferguson's character Lady Jessica belongs to the same sisterhood). In the first Dune novel, Reverend Mother Mohiam comes to test Paul Atreides, and first identifies him as a potential messiah. Later, she travels to the desert planet Arrakis as Emperor Shaddam IV's Truthsayer.

In David Lynch's movie version of Dune, the character of Reverend Mother Mohiam was memorably played by Siân Phillips, while Zuzana Geislerová took on the role in the Sci Fi Channel miniseries. The latest actress to take on the role of the sinister Bene Gesserit "witch," Charlotte Rampling, scored an Oscar nomination for her performance in the 2016 drama 45 Years. Rampling's career stretches back to the late 1960s, but she became a well-known performer beginning in the early '70s, scoring a memorable success in the disturbing drama The Night Porter. She would later appear in everything from Woody Allen's Stardust Memories to Alan Parker's notorious Angel Heart to the Showtime series Dexter. Most recently, Rampling starred as the cruel headmistress who teaches Jennifer Lawrence the ways of spycraft in the thriller Red Sparrow.

With the addition of Rampling, the cast of Villeneuve's Dune becomes even more talented and intriguing. Of course, Dune has a huge roster of characters, and only a handful of actors have been named so far. With the film set to go before cameras some time in early 2019, there will doubtless be a flood of casting announcements in the coming days. Of course, Villeneuve plans on breaking Dune into two movies, so a few of the characters may not be cast until the second movie is ready to go into production.

More: Denis Villeneuve's Dune Will Be 'Star Wars For Adults'

This entry was posted by Screen Rant on January 15, 2019 at 6:01 am, and is filed under TV News. Follow any responses to this post through RSS 2.0. You can skip to the end and leave a response. Pinging is currently not allowed.