Dexter: The Show Vs The Book 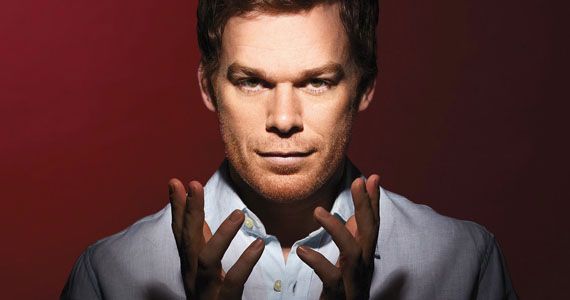 Dexter is everyone’s favorite forensics analyst and serial killer. Tons of fans tuned in for each episode of the show’s nine seasons to watch him dispense his unique brand of justice. The show is based on a series of novels by writer Jeff Lindsay, who created the characters that make the show so iconic. If you haven’t read the books yet, you may be wondering how different they are from the show they inspired. Want to know the biggest differences between the two? Read on to see where the show departs from the source. You might be surprised by some of the contrasts.

The creators of the show took some liberties when they created their version of Dexter. The novels featured a darker, colder Dexter. He has an even greater lack of emotion and struggles to connect to anyone. In the show, Dexter has been warmed up a bit. He’s more emotional, empathetic, and genuinely grows to love his wife, sister, and son.  This was an important choice from the show’s creative team. Making Dexter more relatable is a part of the show’s success.

A huge difference between the novels and the show is Deb’s son. On the TV series, Deb is a career-obsessed cop with little time for a social life. She barely has time to date and refuses to settle down. In the novels, though, she has an ongoing relationship with her longterm boyfriend. She eventually finds herself pregnant and gives birth to a son Nicholas. This is a huge departure from the same Deb of the TV series. It’s hard to raise a child when you’re never off the clock.

Her son isn’t the only difference in Dexter’s sister. In the novels even her name is different, electing for the more traditional Debra. The novels describe her as voluptuous and full figured, but compared to her ultra slim figure on the show, that’s a huge contrast. Deb also makes more time for a personal life in the books. She has a serious boyfriend and eventually takes on single motherhood. She also finds out about Dexter’s secret much sooner in the books, too. She’s still torn between being a serial killer’s sister and a good cop but she takes the news much better in the novels.

RELATED: 'Dexter' Series Finale Review - What Did You Think?

Dexter’s brother Brian Moser plays a huge role on the TV show. He manages to get close to work-obsessed Debra and threatens to reveal Dexter’s secrets to the world. At the end of his story arc on the show, he becomes a major rival to his brother. Driven by his desire to protect the innocent, including his sister, Dexter decides to take him out. In the novels, though, Dexter lets Brian live much longer. He never has a romantic relationship with Debra in the novels.

Sergeant Doakes is a huge source of tension in the first season of the TV show. His natural suspicion of Dexter is the biggest threat he faces. No one else seems to sense anything is amiss with the forensics analyst. On the show, Doakes is held captive by Dexter who feels he doesn’t meet the code and can’t be killed. Lilah, however, handles the task for Dex in a massive explosion, and his fate is much darker in the books. Dexter leaves him alive but removes his limbs and tongue.

RELATED: 14 Most Controversial TV Finales of All Time

Rita’s children play a big role in making Dexter a warmer and softer character. Seeing him as a stepdad makes him less of violent freak and more of a twisted but relatable monster. On the show, however, the kids are completely typical. They seem to have avoided any long term ill effects from growing up in an abusive household. That's not true in the books. The novels portray the kids as much more damaged. They seem to have their own dark passengers and Dexter takes them under his wing and teaches them the code.

Dexter’s dark passenger is very much a metaphor for mental illness in the show. He describes his need to kill as a separate entity, but it’s a part of him. The books take the description a bit more literally. There’s an almost supernatural tone to the description of  Dexter’s ever-present friend. The books make it out to be more of a separate entity. Readers have linked it more to demonic possession rather than a personality disorder.

RELATED: Michael C. Hall Is Open To A Dexter Reboot

Lieutenant LaGuerta is a harsh character on the show. LaGuerta's obsession with politics is turned down on TV. It’s clear she'll throw anyone under the bus, she's only loyal to herself. The LaGuerta of the novels is even more selfish and conniving, however. Her name isn’t Maria either, it’s Migdia. Migdia has none of the softer side that we see in Maria. This character was softened for the show to make her a little bit more likable. She’s a much bigger obstacle to the other characters as well.

There are several characters from the book who never appear in the show and vice versa. One of the biggest differences is Debra’s partner. In the show, she eventually ends up paired with Detective Joey Quinn. In the novels, Deb’s partner is Kyle Chutsky. Chutsky is also Deb’s long term love interest and eventually fathers a child with her. Kyle and Quinn are pretty different. Joey is trim and street smart while Chutsky is a big, muscular guy and former black ops assassin.

The show seems to have tuned down quite a lot of the mumbo jumbo of the books. Dexter’s mental illness is treated more like a supernatural possession in the novels. There’s also a complex storyline involving a murderous plot in the first book. The worshipers of this cult seem to have genuine spiritual experiences during their storyline. The show is much more rational and focuses on the personality disorder that Dexter, and others like him, suffer from. This choice makes the story much more relatable.

This entry was posted by Screen Rant on January 19, 2019 at 4:01 am, and is filed under TV News. Follow any responses to this post through RSS 2.0. You can skip to the end and leave a response. Pinging is currently not allowed.