« The Man Who Killed Hitler & Then The Bigfoot Trailer: Sam Elliott Is A Mythic Hero
15 Canceled Plot Twists That Would’ve Hurt Supernatural (And 5 That Would’ve Saved It) » 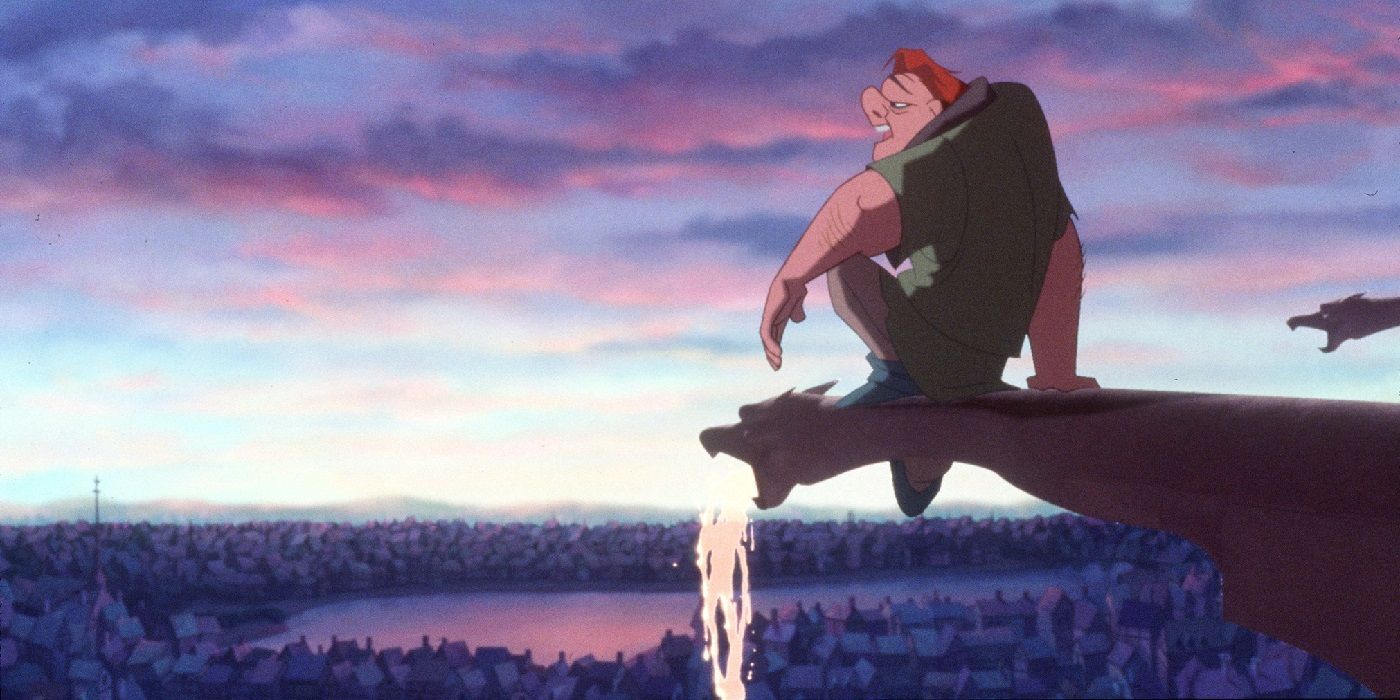 The Hunchback of Notre Dame is the next animated Disney movie to be remade as development has begun to adapt a live-action musical from Victor Hugo's original novel. Based on that same book, Disney's The Hunchback of Notre Dame originally released in 1996. It was a modest success for Disney and came at the tail end of the Disney animated renaissance of the late 80s and 90s.

While there were animated movies that followed Hunchback of Notre Dame, the film was one of the last big budget theatrical releases in the traditional 2D animation style. Shortly after Hunchback, Disney’s focus began to switch more toward 3D animation like Pixar's Toy Story. Even though Hunchback of Notre Dame never received the same popularity as other 2D Disney animated movies like Beauty and the Beast and The Jungle Book, the new live-action take is hoping for capture the success of their adaptations with serious Disney star power already attached.

Related: 2019 Could Be Disney's Riskiest Year

According to Deadline, playwright David Henry Hwang has been tasked to script the new Hunchback of Notre Dame musical which is simply titled Hunchback. Alan Menken and Stephen Schwartz have also signed on to write the music. Schwartz and Menken have several Disney music credits to their names including the original Hunchback of Notre Dame. The most interesting person attached to Hunchback is Frozen's Josh Gad. Gad is set to executive produce Hunchback and Deadline reports he may play the lead, Quasimodo, as well.

The report does make clear that no official casting decisions have been made yet in regards to Hunchback. It wouldn’t be unreasonable for Gad to land the title role even ignoring his executive producer role. Gad has an established history of working with Disney. It began by voicing Olaf in Frozen (a role he will reprise in Frozen 2 and Kingdom Hearts 3). Gad’s most relevant role, though, might be as LeFou in Disney’s live-action remake of Beauty and the Beast where he played Disney's first “openly gay” character. As one of the members of the original Broadway cast of the Tony winning Book of Mormon, Gad definitely has the vocal talent to carry the role of Quasimodo in Hunchback.

Interestingly this movie will not be the first that Disney has had a hand in remaking the story. After the film’s debut, Hunchback of Notre Dame was turned into a stage musical. The musical premiered in Germany and ran for several years abroad before coming stateside. When the production did make the jump to the United States, Menken, once again, worked on the project to write new music. However, the cinematic remake will not pull from the musical in re-crafting the tale. Instead the movie will use the original Disney film as well as Victor Hugo’s novel as its basis. This seems to suggest that the new songs that Menken wrote for the stage musical won’t be recycled.

There’s no set release window for Hunchback. With several Disney remakes in the works, it’ll likely be a long time until the movie is released. However with some high caliber talent behind and possibly in front of the camera, it seems like an inevitability that Hunchback will release.