« Yes, The Shazam Suit is Padded (Like Every Superhero)
Amazon’s The Boys Teaser Trailer: ‘F— The Seven’ » 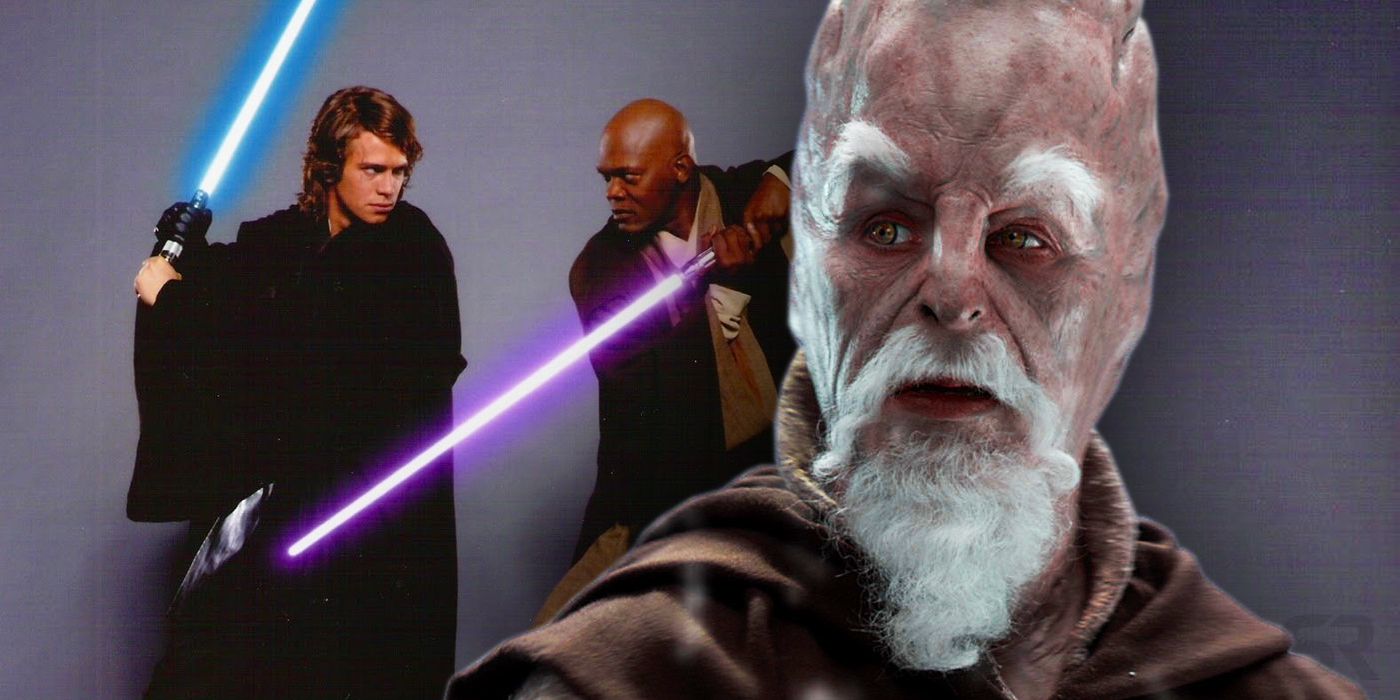 The new Star Wars canon created after Disney purchased Lucasfilm and started a new movie trilogy helped clear up some serious confusion regarding Jedi Master Ki-Adi-Mundi. There's been a lot of debate among Star Wars fans since the Mouse House took over the franchise, with perhaps the earliest and most long-standing controversy being the decision to get rid of the Expanded Universe.

The de-canonizing of previous books, comics and more was pretty much inevitable with a Star Wars sequel trilogy on the way, but some fans were still surprised when it was announced everything outside of the six core movies and TV show The Clone Wars would be no longer part of official continuity. What the backlash missed, however, was that the Expanded Universe - now branded as Legends - was a cornucopia of contradictions, with a multitude of narrative gaps created by conflicting books and movies ignoring previously laid down details.

Related: The Clone Wars Were Weirder Before The Star Wars Prequels

Perhaps one of the weirdest was the case of Ki-Adi-Mundi. A member of the Jedi Council across the Star Wars prequels, Mundi was described in material accompanying Episode I: The Phantom Menace as a Jedi Knight; he was in the council in spite of not being a Master. Then, in a 2000 comic run titled Star Wars: Republic: Prelude to Rebellion, he was shown being married with children. Both of these details were directly contradicted by subsequent movies: that Jedi could not form emotional attachments was the core of Anakin's conflict in Episode II: Attack of the Clones, while not being made a Jedi Master when appointed to the Council caused much anger in Episode III: Revenge of the Sith.

As a result, two subsequent retcons made it so that Ki-Adi-Mundi was new to the council in Episode I and was in the process of becoming a Jedi Master and that his species the Cerean were struggling with a population crisis and thus he was exempt from the celibacy rules; essentially, the wider material bent over backward to accommodate the movies. And that is how it was. The entire mistake is a testament to how Lucas would ignore or undercut what the many Expanded Universe writers would do. It also highlights how, while the big picture of the prequel trilogy was clear, many other details - no Jedi Knights on the council, Jedi celibacy - weren't made official until their respective movies.

The new Star Wars canon had a much easier get around for all this: they ignored it all completely. The only official details on Ki-Adi-Mundi once Legends were removed came from his brief movie appearances and episodes in The Clone Wars, none of which alluded to the confusing elements. Indeed, stripped of material written as early as 1999, they presented a different character entirely: the Ki-Adi-Mundi of canon is one of the most powerful Jedi next only to Yoda and Mace Windu, with his death in Order 66 even reframed as being opportunistic on the clones' part. These aspects were always there in the Expanded Universe, but limited by his relatively short time as a Master.

One of the most underappreciated aspects of the new canon is how it removed so much needless complications from Star Wars that existed simply due to how long it had been around. Before Rogue One: A Star Wars Story, the stealing of the Death Star plans had been told in a half-dozen different ways with multiple strained attempts to consolidate the narrative. That's a pivotal event in Star Wars history, yet a similar amount of plot gymnastics were needed for a background Jedi's backstory. And that's why the new canon is tighter... for now.

Next: Star Wars Prequel Rotten Tomatoes Scores Have Changed (A Lot) Over Time