Do You Need To See Split & Unbreakable To Understand Glass? 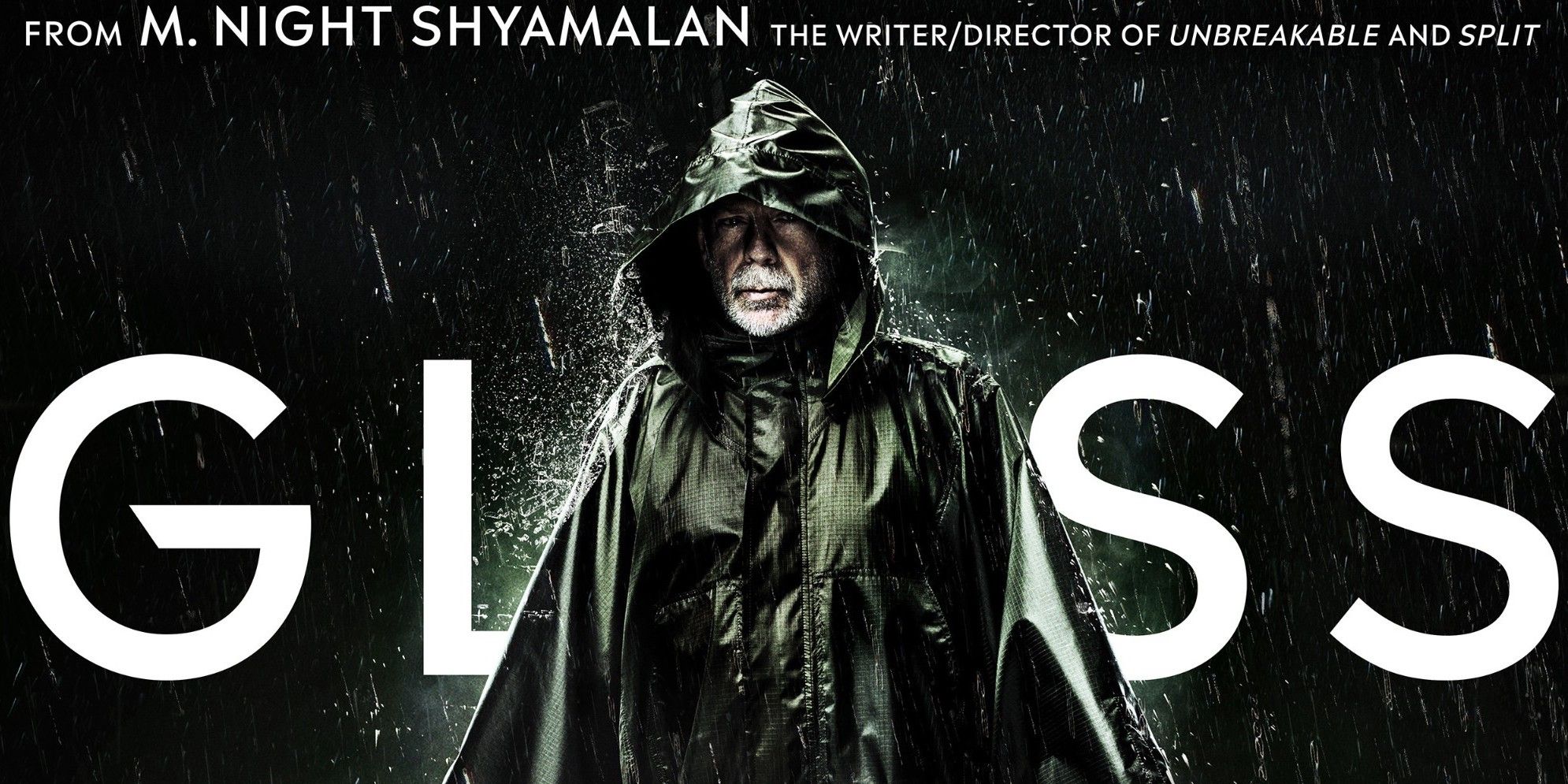 M. Night Shyamalan's Glass is set in the same world as Unbreakable and Split - but do you need to watch those movies to understand his latest film? Following his breakout success with 1999's The Sixth Sense, Shyamalan turned his attention to the world of comic book superheroes with 2000's Unbreakable. The movie starred Bruce Willis as David Dunn, a security guard who comes to realize he has super-human strength and an extrasensory ability that allows him to see the bad things people have done by touching them. Samuel L. Jackson costarred in the film as Elijah Price, a man with extremely brittle bones who guides David on his journey of self-discovery.

While Unbreakable wasn't successful enough to get a trilogy green-lit (like Shyamalan wanted), the filmmaker continued to talk about making a sequel for years after. He eventually made good on his promise with 2017's Split, a film that was marketed as being a standalone thriller about three teenaged girls - including, an introverted young woman named Casey Cooke (Anya Taylor-Joy) - who are kidnapped by Kevin Wendell Crumb (James McAvoy), a man with dissociative identity disorder. However, in the movie's closing scene, it was revealed the entire film had taken place in the same universe as Unbreakable.

Related: Every Glass Update You Need to Know

Now, thanks to Split's success at the box office, Shyamalan has finally gotten to realize his dream of making an Unbreakable trilogy with Glass, a conclusion to the story he began nineteen years ago. Question is, do audiences need to get caught up before watching the film? Well, for the large part, moviegoers could still enjoy Split without having seen Unbreakable first (except for the final scene, anyway). That's still mostly the case with Shyamalan's latest superhero thriller and the movies before it - though, those who haven't seen Unbreakable and/or Split ahead of time will be missing some relevant context and character backstory details for Glass.

To be fair, Glass works about as well as a standalone movie as the third film in any shared universe or trilogy could. Shyamalan brings audiences up to speed on most of the major events from Unbreakable and Split during Glass, be it by flashing back to Elijah's past (via a deleted scene from Unbreakable), dropping references to the train crash that started David on his journey of self-discovery, or having Kevin's personalities explain who they are to other characters. Dr. Ellie Staple (Sarah Paulson) - a psychiatrist who specializes in treating people that believe they are real-life superheroes or super-villains - also provides a lot of important exposition about the film's three leads (David, Elijah, and Kevin) and their personal histories.

Nevertheless, those who haven't watched Unbreakable and Split will miss a lot of the smaller, but significant implications in Glass, ranging from the trademark cameo by Shyamalan himself (reprising his role from the previous two films) to the flashbacks and/or references to David's son, Joseph, as a child and his wife Audrey. Most importantly, those who haven't seen Split will probably be confused by the one-off lines about Casey's past, and may have a hard time understanding why she feels so strongly connected to Kevin in the first place. Again, Glass isn't impossible to follow without knowing all these little details, but it does make for a more emotionally hollow viewing experience (where the film's callbacks to its predecessors have little impact). Still, those want to dive head-first into the deep end and watch Glass by itself shouldn't have too much trouble staying afloat.