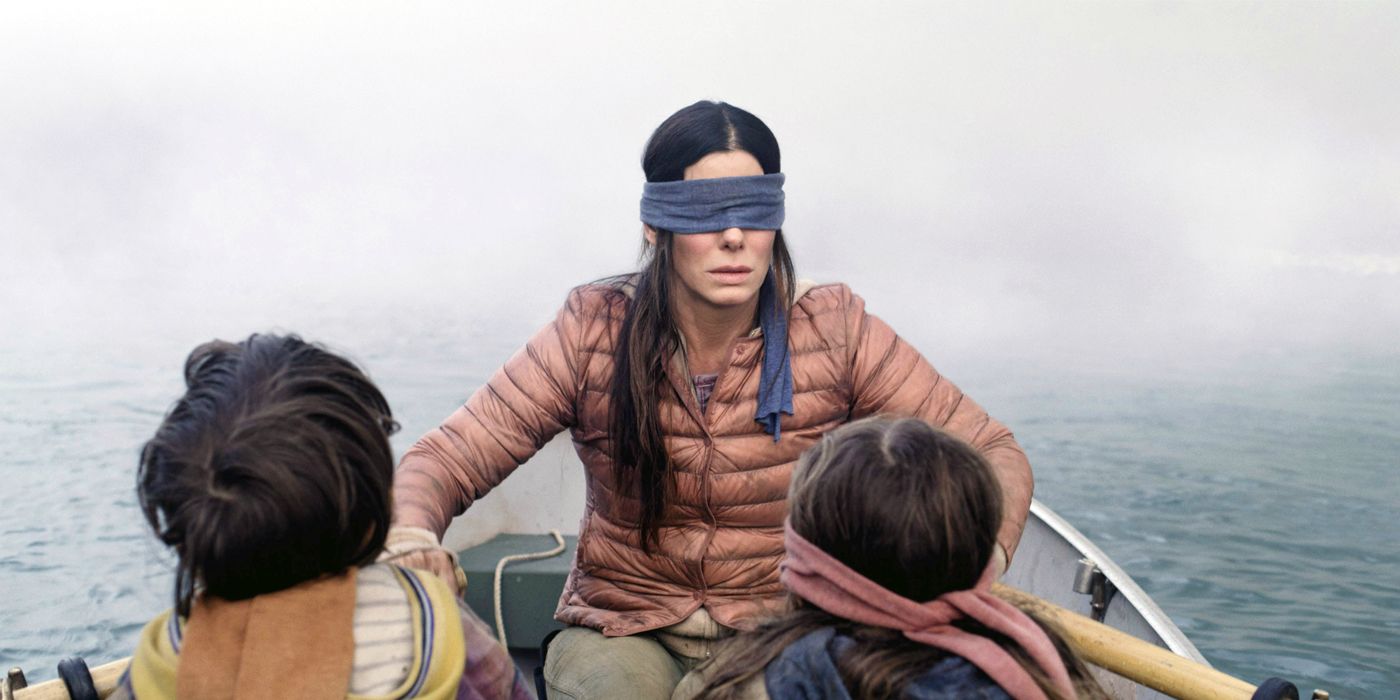 A driver participating in the unofficial Bird Box Challenge crashed their car while blindfolded. This comes just after Netflix warned viewers to not partake in the challenge - a viral trend based on Netflix's latest post-apocalyptic thriller that has been receiving considerable buzz since its release.

Directed by Danish filmmaker Susanne Bier, Bird Box centers on a post-alien-invaded world where society has been forced to suppress their vision in order to stay alive. Unseen supernatural forces are causing members of society to kill themselves after appearing as their worst fears or regrets, and to avoid this, the survivors have learned to face everyday life while blindfolded. Sandra Bullock stars as Malorie, the film's protagonist who is faced with the challenge of getting her children out of harm's way. The sci-fi thriller's growing popularity has led to a challenge where the participants tackle everyday tasks blindfolded, similar to the on-screen characters, but the challenge is now officially more dangerous than it might seem.

According to CBS News, a teen driver in Layton, Utah who was taking part in the Bird Box Challenge crashed their car while driving blindfolded. Lieutenant Travis Lyman of the Layton Police Department told CBS News that the driver was a 17-year old girl, and that she had a friend in the car with her at the time of the crash. Luckily, no one was injured following the risky stunt, and the Layton Police Department shared the following post via Twitter, warning against the challenge:

Despite Netflix's initial attempt to advise against the viral sensation, their warning was clearly lost on some. Other participants have been performing simple tasks like washing the dishes, walking up escalators, or walking outside while blindfolded - which aren't quite as easy as they seem under the circumstances. The car incident in Utah is easily the most dangerous attempt at the challenge thus far.

As for Bird Box itself, the success of the film has led to speculation about a potential sequel; and, though there has yet to be any official word on moving forward with one, Bier hasn't ruled it out entirely. That said, even though this challenge won't likely have any effect on whether said sequel is ever officially greenlit, it certainly isn't doing any favors for Bird Box, considering the film has also been divisive with critics, despite its success. Eventually, the Bird Box Challenge will fade away; whether or not official talk of a sequel brings it back remains to be seen.