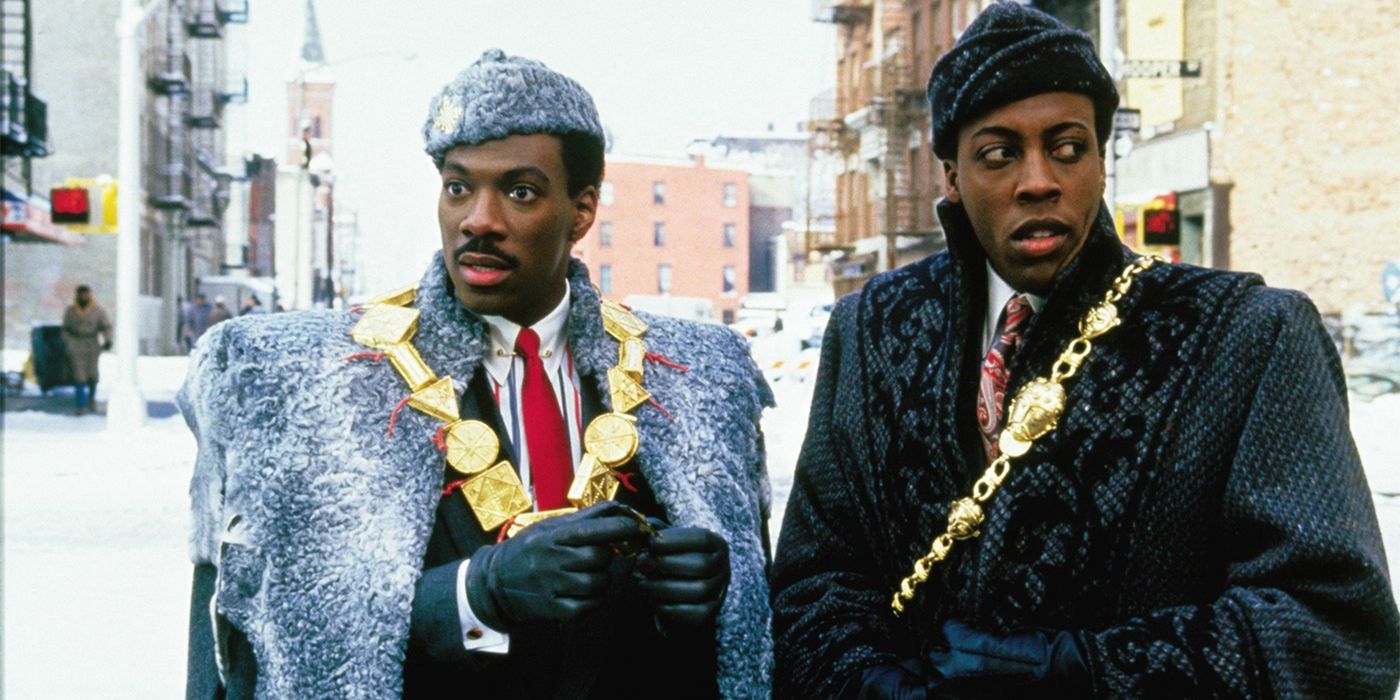 Coming to America 2 is a go at Paramount, and Eddie Murphy is indeed on-board to star in the comedy sequel. Released in 1988, the original Coming to America starred Murphy as an African prince who journeys to the United States disguised as a commoner, hoping to find love. Directed by John Landis, the film was a huge hit with $128 million grossed at the domestic box office ($275 million if adjusted for inflation).

In 2017, it was first reported that Paramount was moving forward with a long-delayed sequel to Coming to America. It was also reported that Eddie Murphy himself was working on the script, though the tweet that triggered the report was later said not to have been authorized by Murphy. Later, it was learned that Warm Bodies director Jonathan Levine had been tapped to direct the film while Black-ish creator Kenya Barris was doing the script. Further confirmation that Coming to America 2 was indeed in development arrived in 2018 during a Paramount CinemaCon presentation, though Murphy’s involvement was not verified at that time

Now, as reported by Deadline, it looks like Murphy will indeed return to play Prince Akeem in the long-awaited Coming to America 2. It’s also being reported that Barris is still on-board to work on the script, re-writing a previous draft done by original Coming to America writers Barry Blaustein and David Sheffield. Levine however is no longer attached as director, and instead Craig Brewer (Hustle and Flow) has been tapped to take over helming duties.

Coming to America 2 marks the second collaboration between Murphy and Brewer, who worked together on Netflix's Rudy Ray Moore biopic Dolemite is My Name. Reportedly, the Coming to America sequel’s story will see Murphy’s Akeem learning about his long lost son and coming back to America to meet the newly discovered heir to the throne of Zamunda. Producers want to bring back the original movie’s full cast, including Arsenio Hall as Akeem’s best friend Semmi, Shari Headley as Akeem’s love interest Lisa McDowell, John Amos as McDonald's-copying fast food entrepreneur Cleo McDowell and James Earl Jones as Akeem’s father King Jaffe Joffer.

Of course, in addition to playing Akeem and Semmi respectively, Murphy and Hall also donned make-up to play an array of other Coming to America characters, most memorably a group of old men of varying ethnicities talking smack in a barbershop. It remains to be seen if Murphy and Hall will bring back any of those characters (it does seem unlikely that in this day-and-age Murphy could get away with portraying the Jewish character Saul), or if Murphy will bring back his other popular Coming to America character Randy Watson, the singer with the soul band Sexual Chocolate.

Indeed, a lot has changed on the comedy landscape since Coming to America was released in 1988. Paramount is probably very wise to bring Barris on-board to write the script, as the Black-ish creator definitely has his pulse on the finger of today’s comedy, and will no doubt give Coming to America 2 some touches that might help it feel more up-to-date. For Murphy fans, it will undoubtedly be great fun seeing him back in one of his most iconic roles, especially considering how rarely he does actual comedy nowadays.