« Marvel Adds an Infinity Stone to IRON FIST’s Origin
Yes, The Shazam Suit is Padded (Like Every Superhero) »

Even Marvel Admits Cyclops Shouldn’t Have Been Killed 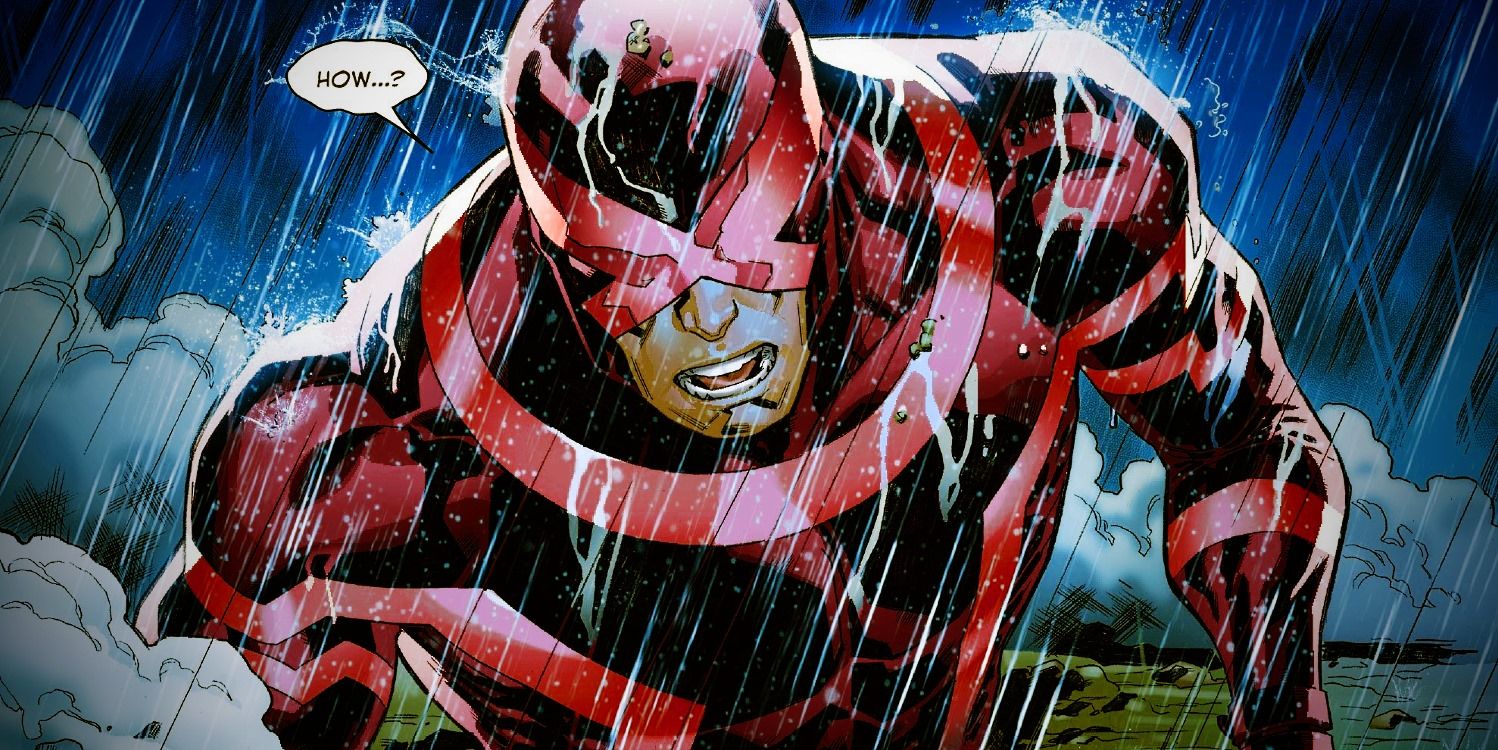 Even Marvel is admitting they made a mistake by killing off the X-Men's Cyclops. The X-Men's greatest leader died in the 2016 crossover event "Death of X," among the first to be poisoned after exposure to the Inhumans' Terrigen Mists. It was a somewhat anticlimactic death for one of the Original Five X-Men, after he had beaten foes like Magneto, Apocalypse, and Mr. Sinister. Fans were absolutely furious.

Naturally, death is a revolving door in comics, and that's particularly the case for the X-Men. Last year's "Extermination" event revealed that Cyclops is back from the dead, and even more mysteriously allied with the new, younger version of Cable. Finally, the secret of Cyclops' return to life has come in this year's Uncanny X-Men annual... and it turns out more than just the fans thought it was an underwhelming end for Scott Summers.

Related: The X-Men Were Just Erased From Marvel's Universe

The issue reveals that Cyclops was actually resurrected by this new, younger version of Cable, who felt that his father deserved better. He launched the kind of insane, twisty resurrection plot that's only possible to a time-traveler who knows how things are destined to play out, using a fragment of the Phoenix Force to resurrect his father. But the most amusing scene for fans who feel vindicated is one in which Cable explains just why he had to do it.

In truth, Cable's heartbroken argument mirrors the comments made by countless X-Men fans online. Cyclops' death was seen as a real mistake on Marvel's part, killing off the X-Men's greatest leader because he got in the wrong way of a cloud of Inhuman mist. Rather than die saving the world, rather than sacrifice himself saving the mutant race, he just keeled over. Worse still, his good name was ruined by a grieving Emma Frost, who used her telepathic powers to pretend Cyclops was still alive, and incited a war between the X-Men and the Inhumans. The world blamed Cyclops for the war, and for attempting to commit an act of genocide against the entire Inhuman race. Even the X-Men believed he'd become a literal Hitler figure.

The Uncanny X-Men annual is undoubtedly throwing shade on Marvel's decision to kill Cyclops, and it goes even further; in another scene, Cable rants about Emma's conduct. "She perverted his memory," he fumed, "used it to incite a war between mutants and the Inhumans. And now she's not even giving him the dignity of a proper burial." Again, Cable is giving voice to the opinion of almost every single X-Men fan. It's frankly not too difficult to view all this as Brisson's own opinion, with the writer putting his own views in Cable's mouth.

The last few years have seen the X-Men comics go through a tough time, and this is essentially the beginning of the next relaunch. It's a promising start; although the Uncanny X-Men annual is complex in terms of continuity, it shows promise. Hopefully, now Cyclops' resurrection is explained, the X-Men comics can start afresh.

The Uncanny X-Men annual is on sale from Marvel Comics.

More: Even The X-MEN Know How Boring Their Stories Have Gotten