« Bleach: 25 Shinigami Ranked From Weakest To Strongest
Berlin, I Love You – Trailer »

Every MCU Movie Captain Marvel Is A Direct Prequel To 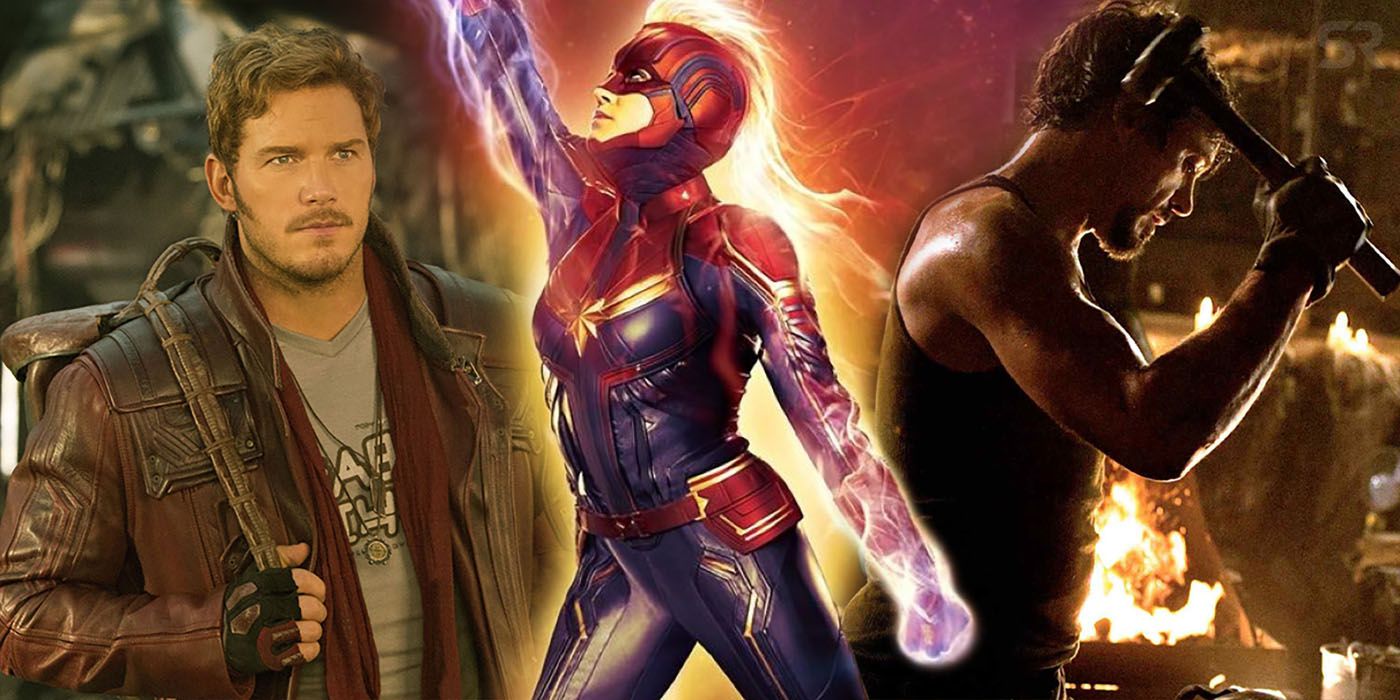 Set in 1995, Captain Marvel is a direct prequel to five Marvel movies - and even one TV series. The film is essentially the biggest retcon in the history of the Marvel Cinematic Universe, with Marvel revealing a never-before-seen adventure of a younger Nick Fury and Phil Coulson.

The story will subtly rewrite the overarching narrative of the MCU by adding a new hero into the mix - Captain Marvel herself, who has been described by Kevin Feige as the most powerful Marvel hero yet. The trailers have confirmed just how powerful she really is, showing Carol Danvers transforming into her "Binary" form and taking on alien starfighters in a stunning dogfight. Looking forward, Feige has promised that she'll take the lead of the entire MCU, so this retcon is an important one.

The 1995 setting means that Captain Marvel serves as a direct prequel to no less than five previous Marvel movies, and even one spin-off TV series by Marvel Television. Here's how that works.

The MCU launched in 2008 with the release of Iron Man, starring Robert Downey, Jr., as the titular hero. That movie's supporting cast included two shadowy figures - Clark Gregg's Phil Coulson and Samuel L. Jackson's Nick Fury. Coulson was a S.H.I.E.L.D. agent who was assigned to investigate Tony Stark's mysterious escape from the Ten Rings in Afghanistan, and he had a habit of turning up at just the right time - even playing a key role in helping Pepper get away from Obadiah Stane. Nick Fury, meanwhile, was only introduced in the post-credits scene, promising Stark that he'd just entered a wider universe. Both characters explicitly hinted at the fact they'd encountered superhumans before now, with Coulson insisting this wasn't his "first rodeo" and Fury asking Stark, "You think you're the only superhero in the world?"

Captain Marvel is a backdoor origin story for both Nick Fury and Phil Coulson. According to the trailers, back in 1995 a disaffected Fury was on the verge of quitting S.H.I.E.L.D. altogether - but an encounter with Carol Danvers changed the course of his life. Meanwhile, Gregg has admitted that "this is maybe the rodeo [Coulson was] talking about." This is the story of how Nick Fury and Phil Coulson began the journey to become the men Tony Stark would meet.

Guardians of the Galaxy

2014's Guardians of the Galaxy introduced viewers to Ronan the Accuser, a Kree warlord who opposed the peace treaty between the Kree and the Xandarians. Played by Lee Pace, Ronan was a fanatical zealot who wished to restore his race's warlike ways, and who sought to visit his judgment upon the Kree's ancient enemies. He pursued the Power Stone, and aimed to use it to destroy the entire planet of Xandar.

Set in 1995, Captain Marvel is based well before the Kree/Xandarian peace treaty, although it's centered upon another of the Kree wars - with the shapeshifting Skrulls. The film appears to serve as a back-door origin story to Ronan, who appears to be a decorated Kree military leader, working alongside the elite Starforce. It seems safe to assume Captain Marvel will set Ronan on the path to becoming a warlord - if not end with him splitting from the Kree command entirely.

The cliffhanger ending of Avengers: Infinity War saw Thanos succeed in his insane goal of erasing half the life in the universe with a snap of his fingers. The film itself largely focused on the effect on well-known heroes like Spider-Man and Black Panther, not really giving a sense of the tragedy's universal scale. That was left for the post-credits scene, which showed cars crashing as their drivers disappeared, and helicopters dropping from the sky. In the midst of the chaos, a desperate Nick Fury tugged out a mysterious souped-up pager and sent out a cosmic SOS - with the logo on it clearly signifying he was calling Captain Marvel. But how did Nick Fury know Captain Marvel, and where did he get this pager from? Captain Marvel will provide the answers to those questions.

Captain Marvel has clearly been set up to play a major role in Avengers: Endgame, but what will it be? She was entirely absent from the trailer, which makes sense because Marvel don't want to give any idea of how things are going to play out. But official artwork has shown her working alongside the Avengers, and Josh Brolin has hinted that he shares a scene with Brie Larson - meaning Thanos and Captain Marvel will come face-to-face. There's also known to be a single scene that features absolutely every major MCU character to date - with Captain Marvel teaming up with everybody from Michelle Pfeiffer's Wasp to Sebastian Stan's Winter Soldier.

Resurrected in the aftermath of The Avengers, Clark Gregg's Phil Coulson is the star of Marvel's Agents of S.H.I.E.L.D.. Given Captain Marvel is Coulson's origin story, that makes it a prequel to the TV series as well. But some fans are speculating that there could be direct links between the film and the show. For one thing, back in season 1 the TV series revealed that Coulson was resurrected via a serum derived from the blood of a Kree corpse. S.H.I.E.L.D. was silent about just where that body came from - but could it be that Captain Marvel will explain just where that body came from?

It's amusing to note that Coulson's story appears to be strongly tied to the Kree. His first adventure involves an encounter with a half-Kree superhero, he's resurrected using Kree blood, and in Agents of S.H.I.E.L.D. season 5 he crossed paths with a renegade Kree faction once again. Of course, there's the potential for a major continuity problem - why didn't Coulson recognize a Kree when he saw one back in season 1, and why didn't he react when he heard Sif mention the Kree? Hopefully the issue won't arise, and Coulson will be more involved with the Skrull invasion than with the Kree.