Everything We Know About Black Panther’s Role In Avengers: Endgame 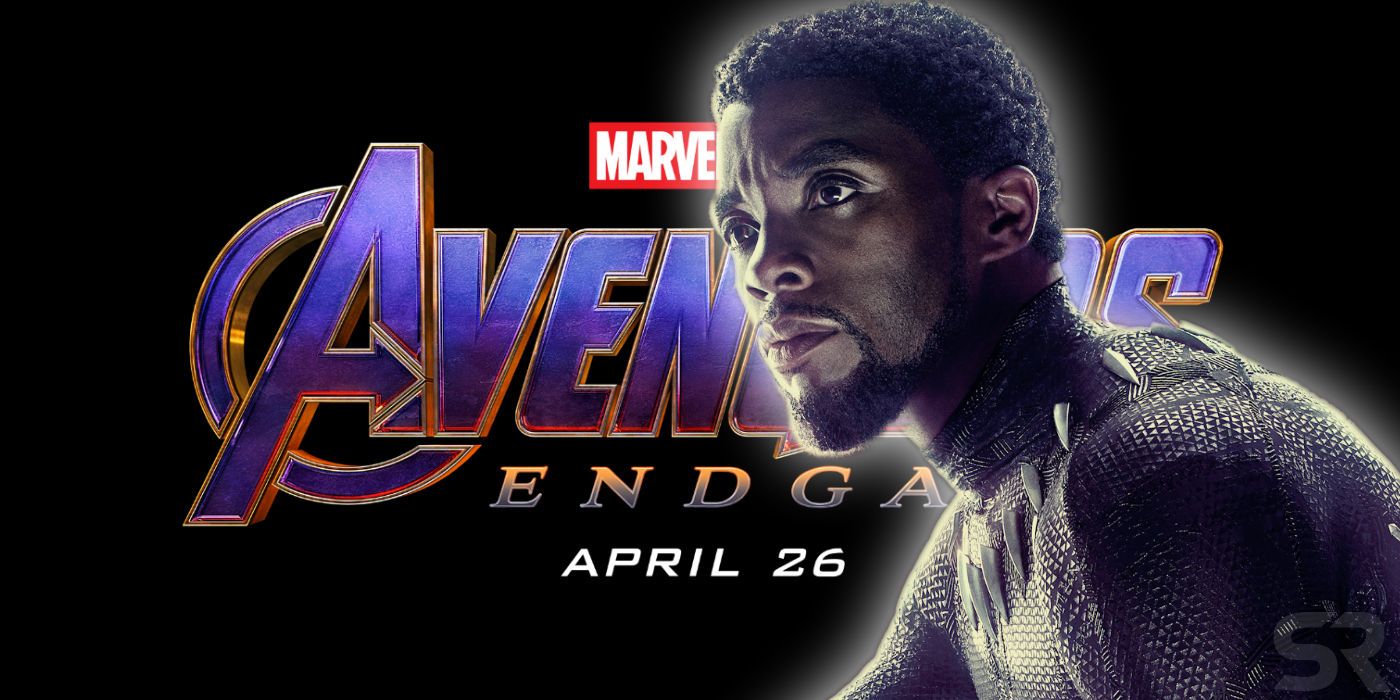 Chadwick Boseman's T'Challa perished in Avengers: Infinity War, but that isn't stopping the Black Panther superhero from returning in Avengers: Endgame. After first appearing in Captain America: Civil War, Boseman starred in his Black Panther solo movie last year, which sent him skyrocketing into stardom - and even the character's death can't keep him down.

Black Panther was the first blockbuster to hold the number one slot at the box office for five weeks running since Avatar in 2009; it was only the third movie in history to pass $700 million at the domestic box office, even outgrossing Avengers: Infinity War. Worldwide, Black Panther is one of Marvel's biggest hits, raking in over $1.3 billion. Black Panther has become a cultural phenomenon, and needless to say there's intense interest in the character's future in the Marvel Cinematic Universe. That made his fate in Avengers: Infinity War all the more shocking, when King T'Challa was one of the many heroes whose bodies crumbled to dust when Thanos snapped his fingers. Screenwriters Stephen McFeely and Christopher Markus have admitted they underestimated how popular Black Panther would be, but insist they'd do it again.

Related: Everything We Know About Captain America's Role In Avengers: Endgame

Of course, these are comic book movies, which means death isn't forever; in fact, Marvel Studios has long had a reputation for faking character deaths. So in spite of the events of Avengers: Infinity War, the future is bright for Black Panther. What role should we expect him to play in Avengers: Endgame?

Black Panther Will Return From The Dead In Avengers: Endgame

Let's start with a simple fact: Black Panther will return from the dead in Avengers: Endgame. The cliffhanger ending of Avengers: Infinity War, in which Thanos erased half the life in the universe, will either be averted or undone. It killed off characters who are already confirmed to be returning; Spider-Man: Far From Home, starring Tom Holland as the latest big-screen iteration of the wall-crawler, will be set minutes after Avengers: Endgame.

According to Marvel Studios president Kevin Feige, Spider-Man's sequel was deliberately chosen to "hold your hand and lead you into the next incarnation of the MCU." And that's just the most obvious example; sequels are in the works for both Black Panther and Doctor Strange. Meanwhile, Marvel is known to be extending the MCU in a slate of big-budget TV shows that will be exclusive to the Disney Plus streaming site, and will feature characters like Scarlet Witch, Vision, Winter Soldier, and Falcon. Some of these could conceivably be prequels, but they can't all be. By the time Avengers: Endgame is over, all the heroes who were killed by Thanos' snap will be brought back.

There's known to be one scene in Avengers: Endgame that's supposed to feature absolutely every major MCU character to date - including heroes who have died.  It took Marvel three months to work out all the schedules so everybody could be free to film the scene, and there's been some speculation it may have been shot the day of the Marvel Studios 10th anniversary photo shoot. If so, then Boseman was definitely part of it.

Wakanda Has A Big Role In Avengers: Endgame

There's strong evidence that Black Panther's nation of Wakanda will be important to the story of Avengers: Endgame. While promoting the Avengers: Infinity War Blu-ray, the Russo brothers teased that Wakandan technology would be crucial to helping the world recover from the horrors of the snap. Of course, Wakanda itself will be plunged into disarray by the loss of its King; in fact, the Avengers: Endgame trailer also suggested that T'Challa's sister Shuri numbered among the missing as well, meaning Wakanda also lost T'Challa's heir.

Related: Everything We Know About Avengers: Endgame's Reshoots

Last year's reshoots seem to have increased Wakanda's role in Avengers: Endgame, with reports that a substantial amount of additional photography was focused around Wakanda. One casting call even seemed to hint that Dora Milaje would be filmed alongside a potential Tom Holland stand-in, suggesting Spider-Man will head to Wakanda post-resurrection. This approach makes sense; as noted, even Marvel failed to recognize how big a hit Black Panther would be, and they're expected to pivot to put Black Panther at the heart of the post-Phase 3 MCU.

Black Panther May Appear Via Time Travel In Avengers: Endgame

It's widely believed that Avengers: Endgame will be a time-travel story, with the Avengers attempting to rewrite history in order to ensure the snap never happened in the first place. If that's the case, it's entirely possible the Avengers will meet past versions of familiar heroes. If the Avengers head to Wakanda at any time in the past, they're likely to cross paths with a Black Panther. According to the Black Panther Prelude comic, T'Challa earned the mantle of the Black Panther back in 2008, around the same time Tony Stark outed himself to the world as Iron Man. So he could conceivably return through time-travel.

Some set photos have suggested the Avengers are being pretty cautious when it comes to changing history. But if they really are attempting to avert Thanos' snap, then that means the Battle of Wakanda in Avengers: Infinity War will need to be the point in time where there are massive changes. T'Challa, of course, was a major part of that battle, leading his Dora Milaje into war against the Black Order and the Outriders. So, Black Panther, in some form, will need to return at the forefront of that battle where he fought alongside Chris Evans' Captain America.

Given the success of the first Black Panther movie, it's no surprise that Marvel Studios has a sequel in the works. Recently, Ryan Coogler signed up to return as both writer and director for the follow-up installment, and there were even reports that production was expected to begin in either late 2019 or early 2020. Marvel has a slot open in February 2021, so it's reasonable to assume that this is set aside for Black Panther 2. Given that the core Avengers will be gone after Avengers: Endgame, Black Panther will be pushed to the top of the MCU's chain of superheroes.

Naturally, Marvel will be keeping details of Black Panther 2's plot under wraps for as long as possible (especially until after Avengers: Endgame hits theaters this spring); the studio has long since earned a reputation for secrecy, and they've only gotten more and more secretive as time goes on. At this stage, though, absolutely nothing can be ruled out - not even the possibility that Michael Jordan could return as Killmonger. In the comics, Wakanda is the site of a mystical altar that can be used to resurrect the dead, and Black Panther was remarkably comic-book-accurate.

The end of Black Panther marked a radical change in Wakanda's status quo by fundamentally altering the nation's history, with King T'Challa reversing its centuries- (possibly millennia-) old policy of isolationism; for the first time ever, he opened the country's borders to the world. Presumably, Black Panther 2 will explore how that change has affected Wakanda, especially in the aftermath of Infinity War, and not to mention whether the nation's people are willing to unite behind T'Challa as he takes this unprecedented step forward. But before all that happens, Boseman's Black Panther will be returning in this year's Avengers: Endgame to wrap up the MCU's first saga.

More: Avengers: Endgame - Every Update You Need To Know