« Will Star Wars 9 Get A Trailer (& Title) At The Super Bowl?
Grey’s Anatomy: 20 Little Details Fans Missed In The Pilot »

Everything We Know About Hawkeye’s Role In Avengers: Endgame 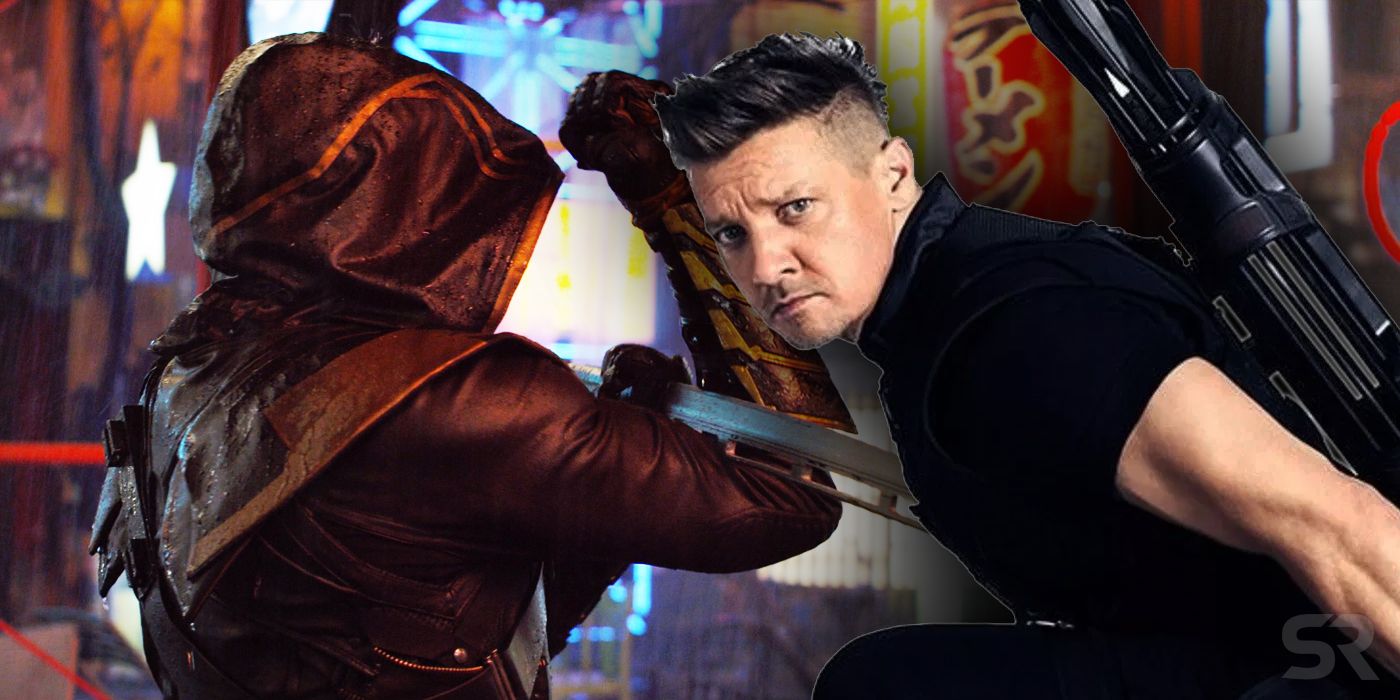 Hawkeye's back in Avengers: Endgame, although he's going to look at little different having taken up his Ronin identity. The founding Avenger and ex-S.H.I.E.L.D. agent struck a plea bargain with the United States Government after the events of Captain America: Civil War, and so was placed under house arrest for the next two years. Embracing his retirement (again), this meant Hawkeye wasn't available to help his old teammates out when Thanos' forces attacked Earth in Avengers: Infinity War.

Hawkeye fans were pretty surprised that Clint Barton was entirely absent for the first of part of the MCU's epic culmination; so much so the Russo brothers received death threats over it. But Marvel insisted they were simply playing the long game. "We like Hawkeye," co-screenwriter Christopher Markus explained. "We like Hawkeye so much we gave him a really good story." All they asked was that fans be patient, and wait until Avengers: Endgame to see it play out.

So it definitely sounds as though Hawkeye plays a crucial role in Avengers: Endgame - but what will that role be? The first trailer confirmed long-standing theories that the Avenger is going down a very dark path indeed.

The first trailer for Avengers: Endgame featured a brief scene set in Japan in which a hooded vigilante killed a Yakuza thug in front of a horrified Black Widow. The vigilante was wearing a dark costume with golden trim, and he turned to face the camera to reveal a very familiar face: Clint Barton. This confirmed long-standing rumors that Avengers: Endgame will see Hawkeye take up a very different superhero identity, becoming Ronin.

The name "Ronin" refers to the Japanese term for a samurai without a master, a lone warrior. In the comics, Brian Bendis and Joe Quesada created the identity, originally intending it to serve as an alias for Daredevil. They had to ditch that plan, and instead a number of other superheroes have adopted the Ronin guise over the years - Hawkeye being the most famous. In the Ultimate Universe, a modernized retelling of Marvel's comics, Hawkeye became Ronin after suffering a personal tragedy; he was left brooding and emotionally devastated, even seeming to have something of a death wish. Given the look on Barton's face on the trailer, it seems as though Avengers: Endgame will draw upon the Ultimate Universe version of the story.

What Is Ronin's Mission In Japan?

Of course, the real mystery is just why Ronin is in Japan during the events of Avegners: Endgame in the first place. On the face of it, he appears to have decided to take out Yakuza gangs with lethal precision, but just what chain of events has led the American hero to Asia? Whatever the truth may be, Black Widow has evidently learned where Clint is, and has gone to recruit him back to the Avengers. There's a certain symmetry to this; Hawkeye was the one who brought Black Widow out of a dark place and into S.H.I.E.L.D., and now Black Widow is the one attempting to reach Hawkeye at what clearly seems to be his lowest ebb.

Related: Avengers 4: What Happened To Hawkeye In Infinity War

As noted, the MCU version of Ronin appears to be strongly influenced by the Ultimate comic book line. If that's the case, then it suggests tragedy has struck Clint Barton's family; in the Ultimate Universe, he became Ronin after his family were murdered. It seems reasonable to assume that, in the MCU, Hawkeye's family were among the people killed when Thanos erased half the life in the universe at the end of Avengers: Infinity War. If that's the case, Clint may not be particularly happy with the Avengers for failing to stop the Mad Titan.

As most fans are aware, Avengers: Infinity War killed off characters who are known to be returning for sequels, so it's safe to assume Earth's Mightiest Heroes will work to undo or avert the snap - and ultimately succeed. This means Clint's motive will be very personal indeed; he'll be fighting to bring back his wife and kids.

Page 2 of 2: Hawkeye's In The Team In Avengers: Endgame

Hawkeye May Not Time Travel In Avengers: Endgame

There's strong evidence that Avengers: Endgame will be a time travel movie, with the Avengers attempting to rewrite history so the snap never happened. Set photos have shown a number of actors donning their classic costumes harking back to 2012's The Avengers and a recreation of the Battle of New York with the unexpected addition of Ant-Man. Interestingly, though, Jeremy Renner doesn't seem to have been a part of any of the time-travel scenes.

Supporting this, merchandise has shown the Avengers wearing mysterious team outfits that are believed to be Quantum Realm environmental suits (they're certainly very similar to concept art from Ant-Man & the Wasp). Given the Quantum Realm is in part inspired by real-world theories of quantum mechanics that set up the potential for time travel, it seems highly likely that the Avengers will access the past by going through the Quantum Realm. Again, though, no tie-in merchandise has shown Ronin in one of these environmental suits.

All this may well mean that Hawkeye doesn't do any time-traveling at all in Avengers: Endgame. It's entirely possible that his plot will be focused on events in the present day.

Hawkeye Will Team Up With The Avengers

The Ronin identity may sound to be quite a lonely one for Clint Barton, but he'll definitely agree to team up with the rest of Earth's surviving heroes in the end. Official promotional artwork has shown the Avengers assembling against an unknown threat (probably Thanos), being transported to what appears to be an alien location. All the OG Avengers are present, including Clint, and they're joined by Captain Marvel, Nebula, Ant-Man, War Machine, and Rocket. So it seems clear Black Widow will persuade Ronin to rejoin the Avengers - presumably in order to put the universe to rights and save his wife and children. If this portrayal really is inspired by the Ultimate Universe Ronin arc, though, Hawkeye may no longer be a great team player.

Will Kate Bishop Be In Avengers: Endgame?

There have been persistent rumors that the MCU is considering introducing a new archer into the mix: Kate Bishop, a member of the Young Avengers. In the comics, Kate took up the "Hawkeye" codename when Clint was operating as Ronin, so it would certainly be appropriate for her to appear in Avengers: Endgame. Some fans have speculated that Katherine Langford could be playing Kate Bishop, but at this stage there's no evidence to support that theory. Interestingly enough, Emma Fuhrmann has been cast as an older Cassie Lang, and in the comics the teenage Cassie became one of Kate's teammates. It isn't inconceivable that Kate Bishop could turn up in Avengers: Endgame alongside her. If she does, the relationship between Clint and Kate will be a key one.