Everything We Know About Iron Man’s Role In Avengers: Endgame 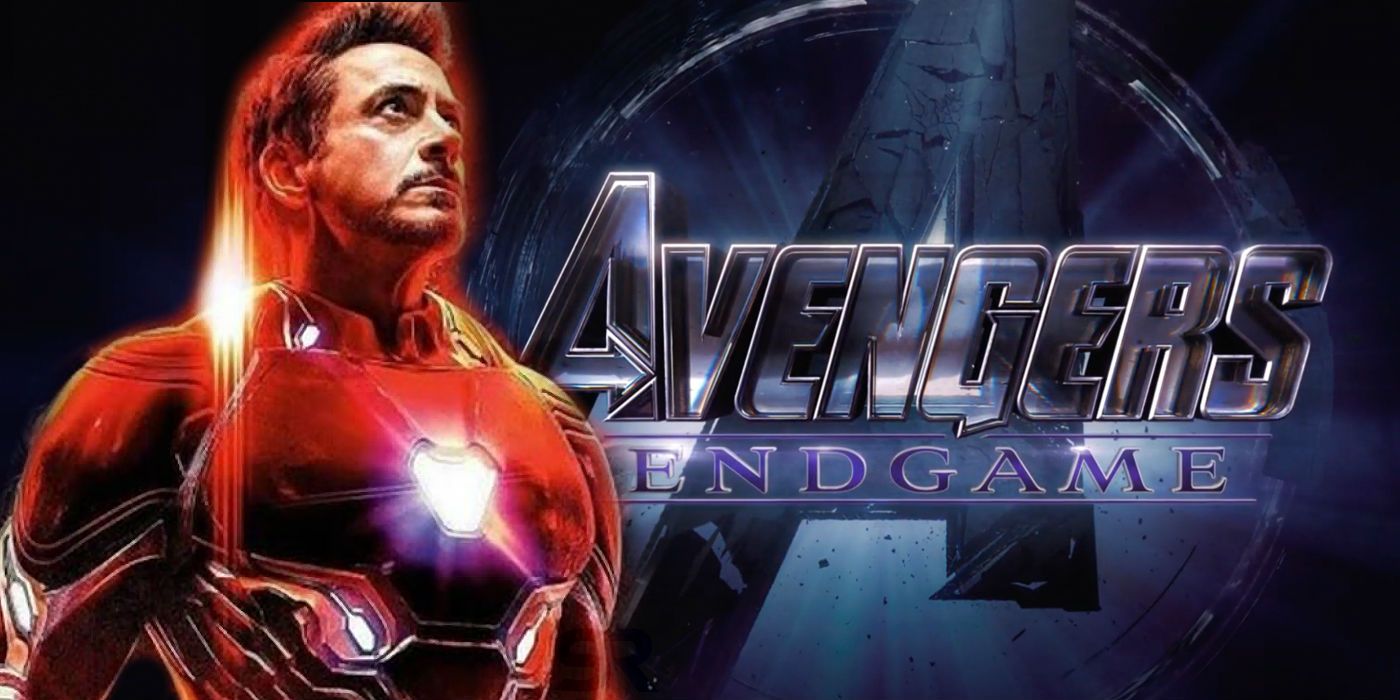 Iron Man's journey comes to its conclusion in Avengers: Endgame. Robert Downey, Jr.'s Tony Stark has been through a lot in the last decade, but his biggest fight is still to come as he prepares for Earth's Mightiest Heroes' upcoming clash with Thanos (Josh Brolin) in Avengers: Endgame.

After six years of being psychologically tortured by the threat that the Mad Titan posed, Stark was finally able to confront his fear by facing Thanos in Avengers: Infinity War. Unfortunately, despite putting a gallant effort, Stark hadn't only seen his worst nightmare come to fruition, he also has to live through it after the villain successfully wiped out half of life in the universe. But with Doctor Strange (Benedict Cumberbatch) willingly giving up the Time Stone so he can live and continue the battle, Stark needs to pick himself up and gear up for the most important mission of his life.

Related: Everything We Know About Captain America's Role In Avengers: Endgame

The fate of the universe now rests on the shoulders of the surviving MCU heroes. Avengers: Endgame will see the re-assembly of the original six Avengers - each one expected to play a pivotal role in the upcoming fight against Thanos. With a score to settle with the Mad Titan, Stark will undoubtedly be at the forefront of the battle to take down the villain and restore peace and order in the universe. Here's everything we know about the MCU's inaugural hero's role in Avengers 4.

Iron Man Is Trapped In Space At The Start Of Avengers: Endgame

The Avengers: Endgame trailer offered us our first look at what the surviving heroes are up to following their defeat in Infinity War, and none was in as dire a situation as Tony Stark. Trapped in space aboard the Benatar with no hope of being saved, he doesn't have much time to spare with the ship's oxygen running out. Currently, there's a lot of theories regarding who might save him. Assuming that Captain Marvel (Brie Larson) may also be in the cosmos, some believe that she will be the one to bring Stark home. Meanwhile, the confirmation that Pepper Potts (Gwyneth Paltrow) will be getting her own suit in Endgame, coupled with Stark recording a farewell message to her as seen in the trailer, has roused speculations that she might go to outer space and save her fiance herself.

However things pan out, fans can expect Iron Man to make his way back to Earth and join his fellow heroes in the quest to restore order in the universe after The Decimation. This is backed up by several photos from the set of Avengrs: Endgame, and a recent advertisement from Audi which confirmed Tony Stark's survival as well.

Iron Man Will Get A New Suit In Avengers: Endgame

Audiences have become used to Stark religiously improving his armor movie-after-movie, and so it's long been a given that he will also don a brand new suit in Avengers: Endgame. The first promo art for the film showed Iron Man wearing the same armor from Avengers: Infinity War (though, since its nano-tech, it might just look similar in standard mode but could be equipped with new bells and whistles). However, other pieces of key art reveal a couple of other variations for his next garb. The selection includes a suit that mines inspiration from his classic comic book costume (at least aesthetically) and another one matching the team's white ensembles which are believed to be the suits that they'll to use to travel in the Quantum Realm.

Stark's obsession with bettering his armor was fueled by his fear of another Earth invasion after his near-death experience in The Avengers. He equipped his Infinity War armor with every possible weapon and made it much easier to access. Despite all that, Thanos still easily dismantled it during their fight in Titan. It'll be curious how he'll up his suit game for Avengers:Endgame as he gears up for another round with the Mad Titan.

There Are Multiple Tony Starks In Avengers: Endgame... Because Of Time Travel

Avengers 4 will see multiple Tony Starks in varying ages, as evidenced by set photos that hint at time travel. One popular theory is that heroes will travel to the past and revisit some of the key moments in MCU's history. In some set photos, Stark, alongside Captain America and Ant-Man were noticeably wearing mysterious wrist devices which, couple that with concept art revealing the heroes wearing new white suits, lends credence to speculations that time-warping could be made possible in the Quantum Realm. It's uncertain how this all plays out, but many are convinced that Earth's Mightiest Heroes may attempt to rewrite history to prevent Thanos' success in Infinity War.

That's not all we know about Iron Man's role, though. In fact, he'll have two roles. Set photos have shown two Starks, one sporting the same Black Sabbath shirt he was wearing during The Avengers and another, older version blending in with a group of S.H.I.E.L.D. operatives. It looks like, during their travels, the team will have to deal with older versions of themselves.

The Binarily Augmented Retroactive Framing aka B.A.R.F. introduced in Captain America Civil War, which has the ability to recreate pieces of someone's memory could provide another explanation for the existence of a younger Stark. The tech is confirmed to play a role in Avengers 4 by the directors Joe and Anthony Russo, but it remains to be seen how. It could function as a storytelling device used to re-examine moments from the past, particularly what happened shortly after Loki's (Tom Hiddleston) defeat in The Avengers.

Everything discussed so far is building to the big truth: Robert Downey Jr.'s Marvel contract ends with Avengers: Endgame, making it his final MCU film. For the past 11 years since he debuted in Jon Favreau's Iron Man, Downey has been the poster boy of the franchise, reprising his role as Tony Stark/Iron Man for a total of nine times (including his The Incredible Hulk cameo) and is up for his tenth outing in Avengers 4. While the terms of the actor's agreement with Marvel Studios have never been made public, co-star Chris Evans (Captain America) let it slip in an interview that he, alongside Chris Hemsworth (Thor) and Downey will be finishing up their respective stints in the franchise after the Phase 3 capper.

Of course, there's the possibility of contract re-negotiation. Downey, Jr. has extended his contract a couple of times already, although has also been vocal about retiring from his Marvel gig "before it’s embarrassing." At this point, it'll all boil down to decisions made about Tony Stark's fate in Avengers: Endgame. Considering that the movie will be the end of MCU'S 22-film arc storyline, many are convinced that some of the franchise's principal heroes such as Iron Man, Captain America, and Thor will be saying goodbye (temporarily or permanently) - something that was previously teased by Kevin Feige. For the concept of Avengers 4 being the end of an era, the film needs to have genuine high stakes, and what better way to drive the idea that the film marks the end of an era than saying goodbye to the hero that started it all?

As the first hero to anticipate the threat brought by Thanos to Earth, it makes sense that Iron Man will play a key role in defeating the Mad Titan in Avengers: Endgame. Since The Avengers, Stark's arc has been intertwined with the villain's existence, and it won't be a surprise if it also ends once he is defeated.