Bruce Wayne is Dying in Batman Who Laughs #2 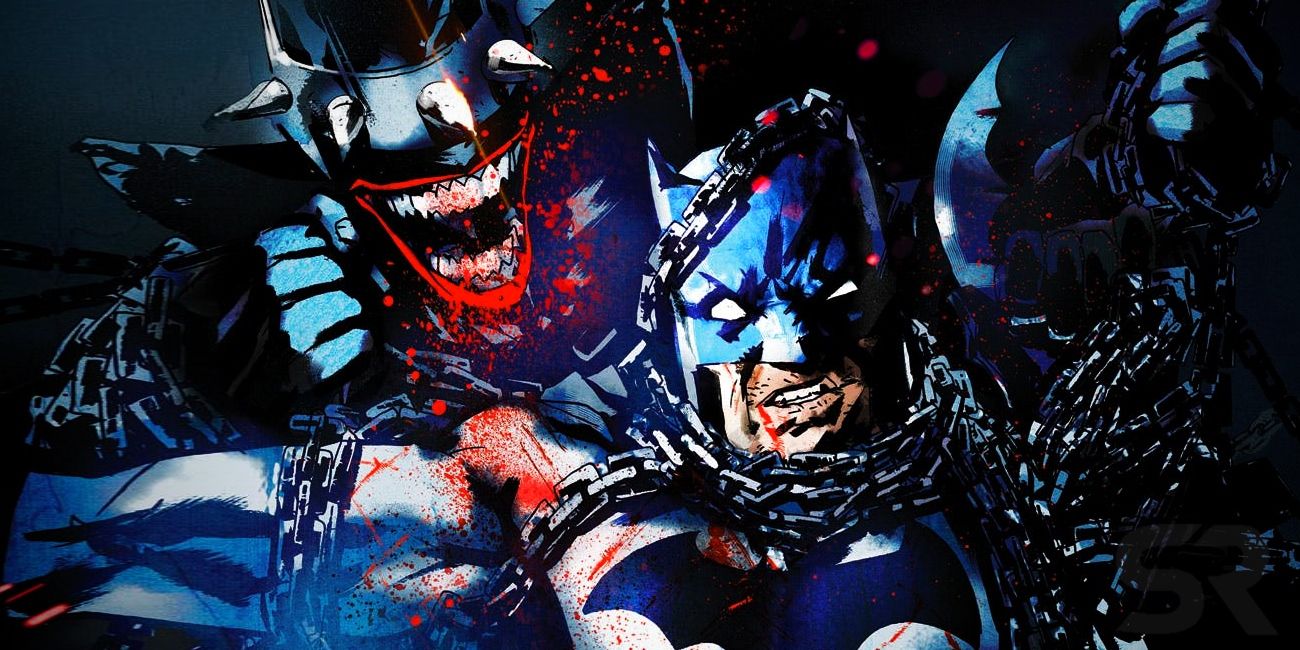 When DC introduced The Batman Who Laughs, fans knew that the world of the Dark Knight had been changed forever. And now that 'the version of Batman who became Joker' is launching his attack against our Bruce Wayne, it seems that Batman may never be the same again, either.

Readers may have expected a story focused only on The Batman Who Laughs, but it was the everyday Joker who delivered the shocking twist ending to Issue #1. Firing a bullet into his own chest, Joker guaranteed that Batman would fall prey to his 'last laugh'... dosed with enough toxins to turn Bruce Wayne into the next Joker. The ending seemed to doom Batman completely, but as our exclusive preview of The Batman Who Laughs #2 shows, Bruce Wayne's brilliance has delivered yet again: he's given himself entire days before he becomes his worst living nightmare...

Screen Rant had the chance to discuss that shocking ending with writer Scott Snyder, to see how Bruce Wayne would find a way to keep on fighting. Our preview of The Batman Who Laughs #2 confirms that Bruce is still Batman when the issue begins, but that is going to change - and fast. We'll let Snyder explain personally.

That ending to Issue #1 isn't a case of Bruce Wayne being instantly transformed as part of the Joker's last laugh, but it does seem to be putting him in a situation that is not like the other times he's been hit with Joker toxin.

Oh yeah, it's very different. It's meant to be, it's much more dire. That idea in our version of the mythology - that Joker's last laugh, or last joke would be that he has this super-virulent version of the stuff from ACME Chemicals in his heart that would turn anyone who kills him into the next Joker, their own evolved version of that - has been there for a long time. So the idea that Joker is forcing that on Batman is something much more urgent and dire, and dangerous than any normal Joker toxin. In [Issue #2] at the beginning you see pretty quickly that he doesn't have anything to stop it. The best he can do is slow it down.

After setting up Batman and Joker needing to join forces against the Batman who became Joker, the first issue really slammed that door shut.

Yeah [laughs]. Well, you never know. Joker is a pretty chaotic character. I actually just wrote a scene where the two of them have, I think, their most connected moment that I've ever written. Outside of the one in Superheavy where they're both kind of human. So Joker plays a very big role as a kind of Batman ally, in that weird, twisted way that he tends to operate. I'm excited for you to see what happens with him.

The situation is dire, indeed. Especially now that Joker has raised the stakes, and made the titular, unbeatable villain that much harder to face. Take a look at the preview pages for The Batman Who Laughs #2 to see Bruce's solution for yourself, embedded below:

Jock's depiction of Batman injecting himself with seemingly every dose of Joker anti-toxin is an unforgettable one (and not the only page of the issue that can make that claim). But it's the emotional terror posed by The Batman Who Laughs that Snyder has made the heart to this story. Perhaps the best compliment that could be paid to this ultimate nemesis is to point out that, by comparison, Bruce becoming Joker seems like a smaller problem, for now. And since Dark Nights: Metal already showed what kind of evil Batman committed once he turned Joker, that's really saying something.

We'll have more from our interview with Scott Snyder soon - including talk of his and Greg Capullo's Batman: The Last Knight on Earth from DC Black Label, which they've teased as their final story with Bruce Wayne at its heart - but until then, read on for the full synopsis and details below:

The Batman Who Laughs #2 will be available on January 16th, from DC Comics.